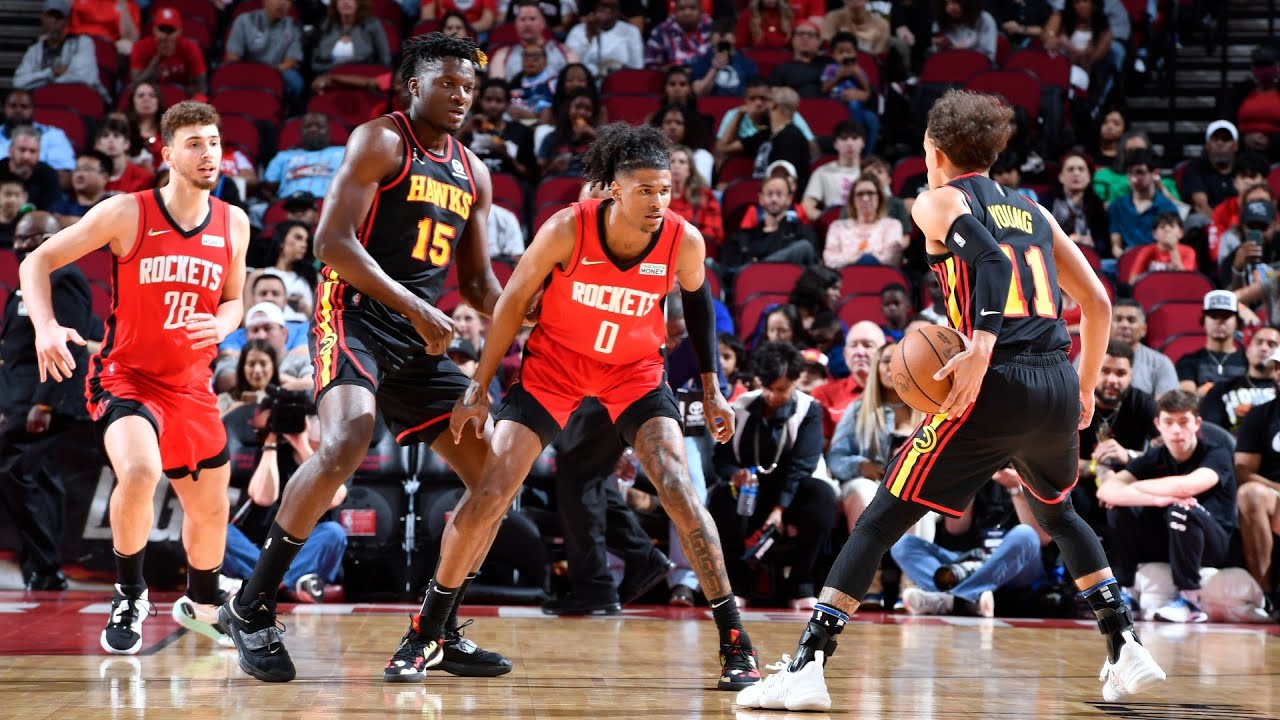 It was game 1 of 82 for your Houston Rockets and these guys came out guns blazing.

The starters looked poised and ready for the occasion but the bench struggled mightily. Ultimately, the Rockets fell 117-107, a loss that should certainly inspire some favorable opinions of the young Rockets.

1. Starters played very well together and seeing Bruno set screens for our guys, since the Rock told him to know his role! Seeing KPJ and Jalen operate with him in the PnR was a thing of beauty. We definitely do have to work out the kinks but we have a long season for this. Jabari Smith looks very comfortable, although he was missed on a few possessions, but those looks will come in time. I truly loved what I saw from him on offense and also the defensive end. I think it’s important to highlight the chemistry as these guys look quite comfortable together. It’s night and day in comparison to last year.

2. I have 3 letters for you and they are K-P-J! He looks so comfortable and calm as the point guard. At the end of the game he finished with 21 points, 7 assists, and 7 rebounds. It was a very good game from him, despite 4 turnovers, but overall he looked like a point guard that was ready to run this young offense. His mid range game was on point and will help this team moving forward. Maturity is a word I would use to describe his game tonight and color me impressed.

3. Tari Eason is a mainstay. His activity on both ends was certainly felt throughout the game as he finished with 8 points and 7 rebounds in just 15 minutes of play and only +/- of -1 despite the bad overall play of the bench. He plays so comfortably and seems to play with a fearless fire that is contagious when he’s out there.

The bench has not looked good at all. I’m unsure if it’s a confluence of no continuance, with Jae’Sean Tate injured, Alperen Sengun coming off the bench, or not having a true point guard to help run the unit. Overall the bench unit found ways to put themselves in bad positions often to put the team down in bigger holes. The defense left much to be desired.

2. Young teams and their turnovers are always synonymous as the Rockets yet again struggled to hold onto the ball. We finished the game w/ 15 TO’s overall but had 10 in the 1st half. We did take care of the ball better but when Sengun has 6 TO’s and KPJ/Jalen combined for 7 TO’s, it’s certainly an area for improvement.

3. Alperen Sengun did not have the greatest of games but he did finish with an impressive stat line of 15 points and 9 rebounds. It just seemed overall that he did not seem comfortable in his new role.

Overall, despite the result, I liked what I saw from this team. They came prepared to play and just seemed to bring the energy with their youth. Give this team time because they will certainly surprise you and get some results further down the line.

Catch the Summit State of Mind hosts, Kenny and Justin, at Toyota Center on Friday for the home opener!

For more Rockets coverage, be sure to check out our Apollo NBA blog and follow us on Twitter!