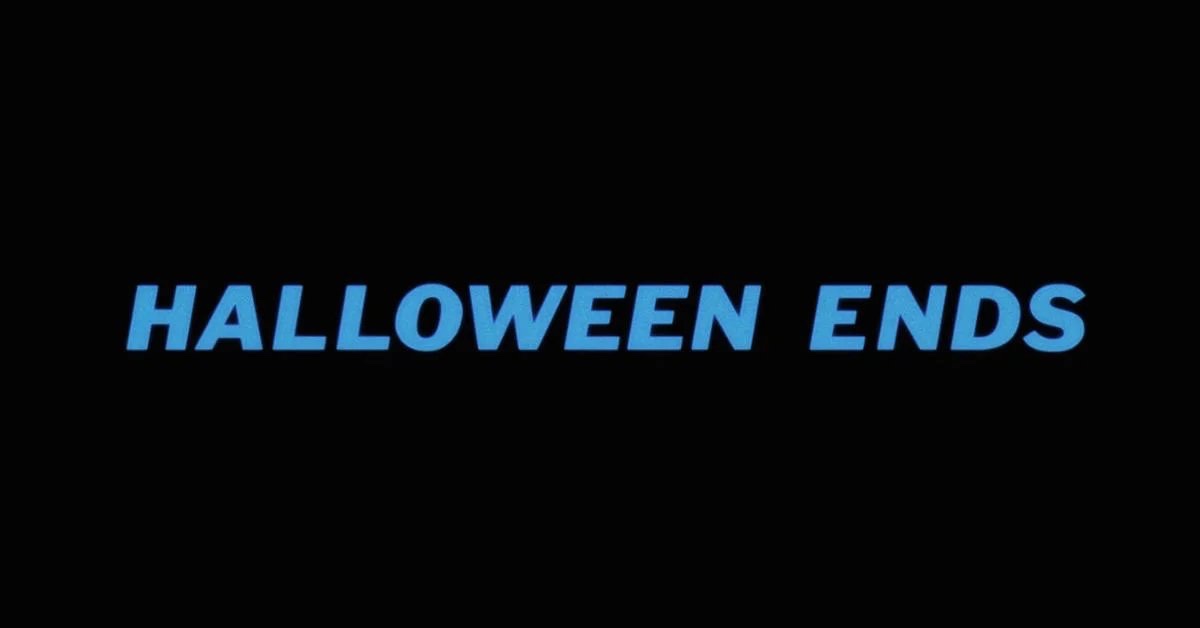 Another year is passing, so naturally that means movie goers are treated to another sequel of a big money making movie franchise. This October, Universal and Blumhouse have dumped a brand new “Halloween” film in our trough. As a huge fan of the franchise, I’ll sample the trough no matter what. I might like it, I might not. That’s the business.

This year, something was afoot in my trough. It was a “Halloween” movie, but there was something very different about it. It’s called “Halloween Ends” and on the surface it looked to be rather formulaic. I got closer to taste it. Lo and behold, it was very different. At first I wasn’t sure what to make of it. It was a total curveball.

But I love to keep an open mind. I can confidently say that this one of the weirdest big studio horror movies I’ve seen in a very long time. And I think I love it.

Genre Blend and the Art of Misdirection

Not a ton of people appreciate misdirection or being misled. Perhaps one of the main reasons “Halloween Ends” is being panned by audiences and fans. Fans believed they were getting another straight forward Michael Myers gore-fest for the 14 billionth time. Spoiler. Nah, we didn’t get that. Why should we want to watch the same regurgitated formula in consecutive years.

But why should we be upset at the filmmakers for trying to subvert our expectations and give us something totally unexpected? I’m fully on board with it. Make me think twice. I’m not smarter than you, David Gordon Green. So put me in the maze and leave me there with nothing but my good energy. I respect the whole writers room for taking a big swing and risking fans liking this movie to do something different.

One of the main reasons “Ends” is so different than expected is that it blends elements of a number of genres. This is much more than a slasher and that has to be understood to get enjoyment out of this motion picture.The insane blend of psychological thriller and tragic romance is crazy for a “Halloween” movie, but it works so well. An absolute curveball that I cannot get over. What a big swing decision.

As I mentioned earlier, this is the weirdest big studio horror flick I’ve seen in years. And no, that shouldn’t be a criticism. Horror is admittedly the weirdest fucking genre. This is a genre that once showcased Jeff Goldblum literally turning into a fly. Horror is weird and there is no reason to not keep it that way.

“Halloween Ends” is fucking weird. From the editing, to the acting, and to the overall script choices. The plot is purely driven by the idea of evil to a supernatural extent. The vibe of the movie is almost cosmic with the backdrop of a looming Michael Myers. I saw a lot of inspiration from many sources such as “Christine (1983)” and older John Carpenter films. There is a very Stephen King-esque vibe thrown out throughout the entire film.

It is also very clear that “Halloween 3: Season of the Witch (1982)” also had an enormous implication on this script. And that so happens to be one the weirdest horror movies ever. The filmmakers even go as far as using the same blue font as H3. They definitely knew what they were doing with the cornball, 80s thriller vibes. I dig it.

So yes, “Ends” is extremely weird in the best way possible. Once I was able to understand that, I was fully on board for the risks and rewards. Just keep your mind open.

I firmly believe “Halloween Ends” will ultimately end up as a cult classic. It tells an unexpected and weird new story within the franchise while also wrapping up the series in a bombastic way. Give it 10 years and you’ll see.

The weirdness might not be everyone’s cup of tea and the fans are upset at the misdirection, but a lesson is to be learned here. Keep an open mind and don’t hold onto any expectations. Expectations is the killer of enjoying things. Fuck expectations. Once you learn, you’ll be able to enjoy this new supernatural, face melting, weird story set in the “Halloween” franchise.

I loved everything from the Stephen King isms, to the weird dissolves, to the insane ending. It just felt fresh and unique. Something other sequels could always learn.

This is one of the most interesting “Halloween” sequels ever and it should be appreciated for that alone. Way to swing for the fences, DDG and Danny McBride. The risk will one day be a reward and I’ll see you in 10 years. Until then, this will be in my horror movie rotation. I’m a lover of this movie and madness alike.