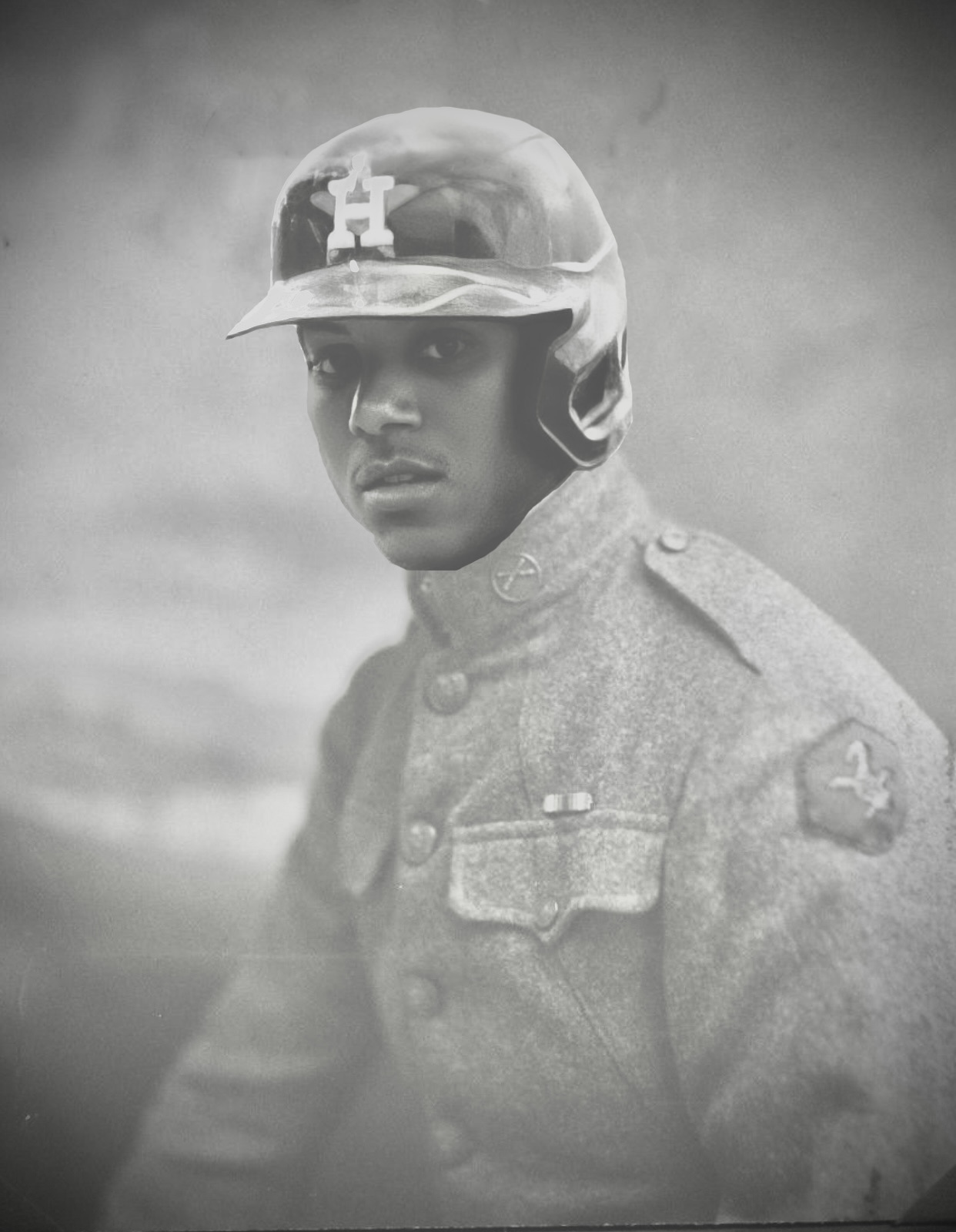 Our platoon halted our celebration when Northeast forces were confirmed to be planning an attack. They claimed to be as savage as anybody with a battle cry that consisted with lies and desperation. Their captain was a behemoth of a man that was trying to prove something to the world. We readied up and prepared for another “war”. We marched to coordinates 29.7573° N, 95.3555° W once again and waited for our foe. We felt organized and prepared with Lt. Verlander once again leading our charge. Mother, did he ever. Once the battle began, he dominated the opposing forces with his body and his wits. It was a spectacle. Sgt. “Machete”, Cpl. McCormick, Cpt. Gurriel, and Pvt. Peña all showed their courage and helped power the enemy back. We chanted the enemy’s battle cry back at them as a form of mockery and intimidation. It was a sound showing of our power and preparation. No haberdasheries after the battle, because we felt our process was not finished. We needed to crush the opposition even more.

Until my next letter…

I write to you once again after another hard fought victory. The other soldiers and I have been belly laughing at how unchallenging this has been. The Northeastern forces attack again and we were prepared once again. Sgt. Valdez led our forces with his wicked talent and composure. I’d take a bullet for that man. He is a wonderful soldier. Anywho, Col. Bregman powered us to a lead in the battle early. His determination and stone cold mindset is what drove the other soldiers to follow suite. The opposing forces could not overcome the sheer overwhelming dominance of our preparation. They again retreated and this time is was back to their home base. The front lines did not want it to end though…our waves of brave men followed their tails to their region. We had one thing on our tired minds: win.

I write this with love and I miss you so, mother.

Forgive me if I sound redundant, we once again willed ourselves to another victory. After following the enemy to their natural environment, we surprised them with more power and determination. We were not going away anytime soon. Cpl. Javier led this charge with his bravery and talents of being a natural born killer. The opposition felt it was necessary to have their “best” soldier lead them. They were wrong. Cpl. McCormick once again showed his fearlessness and strength. The rest of the platoon created a battle chant for him that fuels his bravery. The brave cadets who transferred to our squad, Sgt. Vázquez and Cpt. Mancini, began the second wave to pressure the enemy. It all worked as Cpl. Abreu finished off the battle with his strength. What a sight it was. Beaten and battered, the enemy forces limped off the field. We were one step closer. We could taste the brisk flavor of victory on our lips. This was much easier than we all anticipated.

One more to go.

For our final push, we sent Col. McCullers Jr. to lead the frontlines. He is the fire that burns under our behinds. The battle began late in the night. Later than what we are used to. We felt it was a guarantee that our forces will be rewarded with a triumph. The combatant had other ideas at first. They looked more prepared this time around. They began pressing and scrapping. After their forces began leading the battle, Pvt. Peña showed why he will be a quick riser in his class. He unleashed an attack that was heard around the nation. Simply put, he is an incredible fighter. Sgt. Álvarez and Cpt. Gurriel then combined forces to help our side gain the advantage. Surprisingly, the adversary returned fire and quickly gave themselves the upper hand. Nearing the end of the battle, our unit never worried nor did they give up. Sgt. Álvarez and Col. Bregman combined their power late to create a surge of willpower and we rallied. Col. Pressly demonstrated his ability to kill late and closed out the war for us. We had done it. No losses in this so called rivalry. Pvt. Jeremy Peña was rewarded for his courage in the face of danger. A moment we will never forget. The enemy claimed they wanted us. They got us, mother.

Though we have won another set of battles, our dominance is not over. Another enemy has emerged from the shadows and is now threatening. For what will be our final fight, we will give it our all and not back down when danger is presented. I will be home after our job is finished. Keep the ale ready for me.