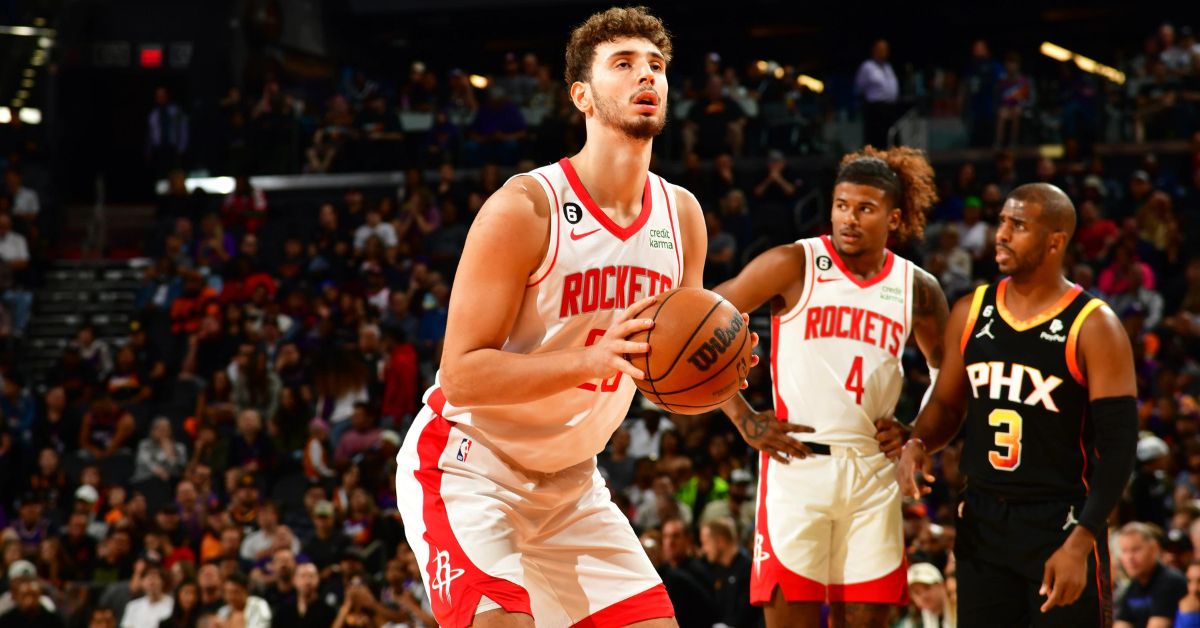 Rockets vs Suns was a back-and-forth battle between two teams that are on opposite ends of the spectrum. The young Rockets, are trying to prove that they can be a competitive team and the Suns are a veteran team with finals experience and it seemed to be an even battle throughout the game. However, as always, experience won out and the Rockets were handed yet another L. Despite holding close most of the game, the 4th is where the Suns pulled away and dropped the 6th loss on the Rockets.

This may have been Jabari Smith Jr’s worst game of the year. He struggled mightily in all facets of the game as he couldn’t find his shot, moved a little slow, and just seemed to be less confident. At a team-worst -13, he shot 2-8 from the field and just couldn’t get comfortable against this Suns defense. It will take time, since he is a rookie, so I do preach patience here. He will find his groove, and when he does, he will compliment Jalen and KPJ so well.

Jalen Green also struggled tonight as he finished with 15 pts while shooting 5-18 from the field and having a +/- of -7. Despite the struggles, I have noticed that Jalen has continued to drive to the bucket despite only getting 4 attempts from the line. Once he starts getting respect on his drives, his attempts will go up and so will the scoring output. However, at this point, we just need Jalen to get creative in terms of scoring and do it consistently. This team cannot win when he’s shooting 28% so we will see how Jalen adjusts in these next few games.

I will say this now, I am officially OUT on the Daishen Nix as a backup pg experience. The stats and the eye test say to me that it’s imperative to get a veteran point guard to help right this ship. Nix has not found any rhythm and he’s prone to making simple mistakes. From turnovers on the inbound to last-second jump passes and defenders easily tipping his passes, he’s simply a liability on the floor. I understand that there is hope/potential but this up-and-coming team needs a calm and collected influence on the floor. At this point, we should give these minutes to Josh Christopher.

In terms of positives, Kevin Porter Jr carried the offense to the tune of 26, 8, and 6 with an 11-14 from the charity stripe. He seemed to control the tempo on offense and played very confidently on both sides of the ball. However, one thing I’d like to see from him is more effort to find his guys and not holding the ball for most of the possession like a Steve Francis circa 2001-2002. Usman Garuba may have had a quiet stat line but his impact was felt on both ends of the floor during Rockets vs Suns. He was hustling up and down the floor, he was grabbing rebounds left and right, and he even hit a HUGE corner 3. He’s making good decisions and dare I say he had his best minutes so far this season? At this point, I’d like to see him play more since Bruno is still hurt.

Despite our best efforts, there are certainly many things to improve on but I’m always appreciative of the effort to compete. With these next two games being a “home and home“ against the LA Clippers, we will see the mettle of this Houston Rockets team. We’re in a treacherous part of the schedule but there is certainly an opportunity for us to steal a game.