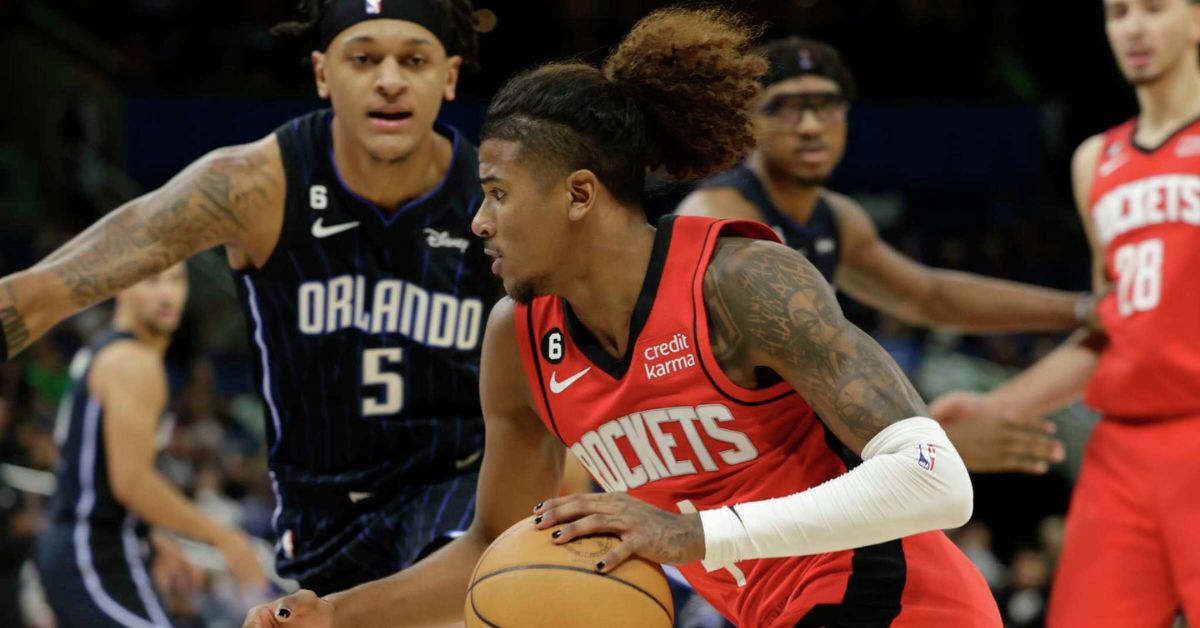 Your Houston Rockets have finally earned their 2nd win of the season. The Rockets won over the Paolo Banchero-led Orlando Magic. It’s been 2 weeks since our last victory but this was a game that was desperately needed for Coach Silas and the Rockets. We got a season-high in points from our future star, Jalen Green, who had 32 points on 12/18 shooting. The Rockets also got a complete performance from Kevin Porter as he had 17 pts, 8 rebs, and 11 assists. The boys came to Disney World and decided to make it their happiest place on earth and I ABSOLUTELY love it! Let’s break down what happened in Rockets vs Magic.

Jalen Green had himself quite a ball game tonight as he shot 12-18 from the field and 5-11 from behind the 3-point line. He seemed to look his most comfortable in the offense today as everything seemed to flow easily for him. He was able to navigate PNRs with Sengun as he attacked from 3, the mid-range, and the inside the paint. Jalen came into this evening with so much to prove and he definitely showed out. Disappointment was not an option for Jalen Green this evening.

This team’s performance, overall, definitely deserves some credit in this regard. We had 4 players, excluding Jalen, score at least 17 points apiece as we hit a season-high 24/48 from 3 tonight. Rockets vs Magic may be one of the best shooting performances, by any team, this season and I couldn’t be any happier. KPJ had the best overall performance as he affected the game in many different facets, but his playmaking is what helped make this engine go. Alperen Sengun had a nice 20 and 10 stat line but his most impressive stat was that he shot 8/10 from the FT line. Our FT shooting hasn’t been so great but this type of improvement will pay dividends as the season goes forward. Eric Gordon and KJ Martin played quite impressively as well as they combined for 40 points, 21 for KJ and 19 for Eric Gordon. Combined they shot 9/16 from 3 point line which shows these guys play at their best when they play off the creators of this offense. Rockets vs Magic was probably our most impressive performance so far this season.

For this being the 2nd win of the season, I think it’s fair to say that this was the best performance thus far. However, there is not much time to celebrate as the next game is in Toronto on Wednesday. This is another game that could test the barometer of this team. However, for now, we celebrate the small victories and hope we can use this experience positively going forward.

Follow @ApolloNBA on Twitter to keep up with our Houston Rockets coverage all season long. Listen to the official Houston Rockets podcast of Apollo – Summit State of Mind – wherever you get your podcasts.