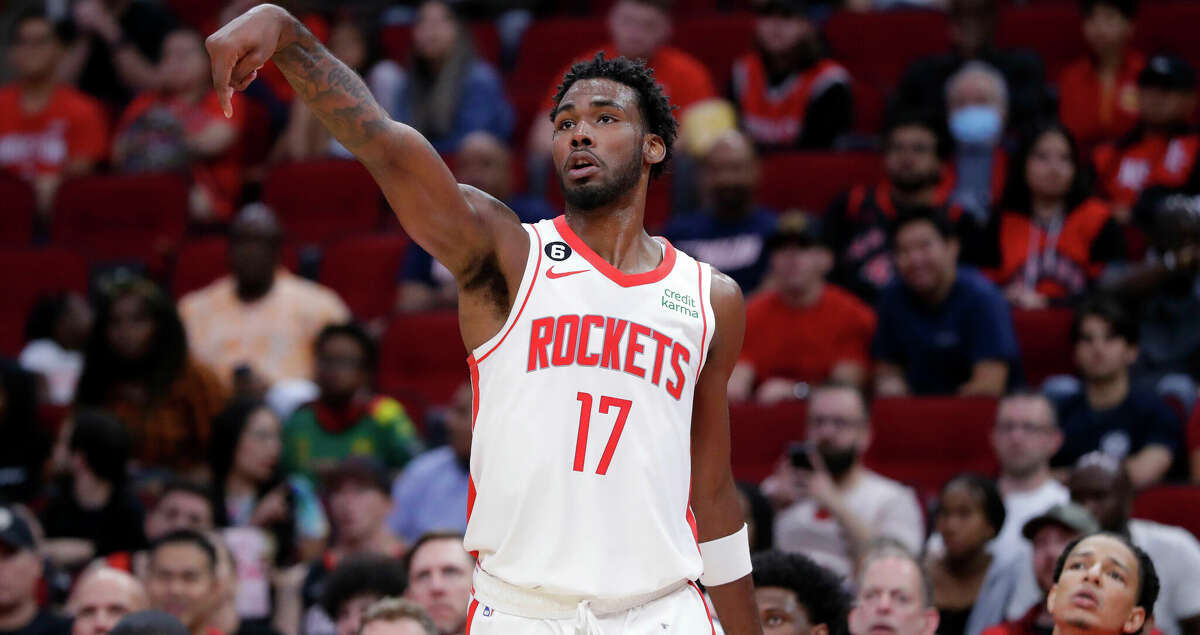 The Rockets did what they usually do. They fought back to get it close and manageable, or in football terms 3rd and inches, and their defense blew it. When you put all that energy to get back in the game, sometimes your energy won’t be there to finish it. Unfortunately, the Rockets fell to that formula tonight against the Toronto Raptors. Credit to them, they have a team full of defenders and hustlers that fight hard in every game and the box score magnified that.

I’m still confused, in certain aspects, of what decisions Silas is making. Granted, KJ Martin played 22 minutes and had a +/- of +18, and Eric Gordon had a +/- of -14, I would expect KJ to possibly get more minutes here. Unfortunately, it was not to be tonight. A positive I can take here is that Silas understands what’s the bigger picture here, when he closes with EG, and that’s we’re trying to have a top pick. Another questionable choice is that he sat Alperen Sengun to finish the game. Again, I understand it may have been a choice because of our defense and felt that Jabari/KJ/EG was the best front court options at that moment. However, our offense also sputtered when Sengun was off the court so i am not completely sure what happened…I just don’t agree with it.

Despite the loss, there are definitely performances I would like to highlight. For one, Jalen Green is betting back to a more efficient form on the offensive end with 21 points tonight. He shot 8/14, from the field for 57.1%. Jalen is on his way back to form and his play making abilities are beginning to shine as well with 6 assists to go along with the scoring.

When the Rockets needed an extra beat or an injection of hope, the bench brigade shined in their efforts. Kj Martin, Tari Eason, and Usman Garuba’s performances certainly shined a bright light on this game. The confidence these group of guys are showing basically tells me that these dudes are starting to hit their stride. You love to see it if I’m being honest.

Tari Eason had that dog in him tonight and it was reflected on his statline tonight. He had a 14, 6, 5, and 5 line and I’m unsure if it was his best performance so far this season. He played with incredible tenacity, on both ends of the court, but his inability to finish at the rim proved costly for us in the finishing minutes.

KJ Martin seemed to get himself open at the right time and place and became a constant beneficiary of good play making. If he can play average perimeter defense, to pair with his incredible shot blocking, it would be impossible to keep him out of the lineup right now.

Also, credit to Garuba for always playing with effort. His numbers or play style are not sexy but he’s certainly not a bottom tier player either. 8 rebounds, in this game, was huge considering how well the Raptors were playing the boards. You can see he’s starting to get more comfortable on the floor and I’m starting to enjoy his minutes on the floor. That’s a victory in itself honestly.

Despite all that, the Raptors proved why they’re one of the top Eastern conference teams. It was gonna take a near perfect game to take down this defense so unfortunately it was not meant to be. Credit to Fred Van Vleet and OG Anunoby for putting on a shooting exhibition and the rest of the raptors team for taking advantage of our turnovers and offensive rebounds. Winning teams don’t just make good decisions but they will constantly outwork you. Today, the Raptors did what they were suppose to and won.

Rockets have one more game, this Saturday, against Zion Williamson and the New Orleans Pelicans. Let’s see if they can avoid another losing streak and grab another win. See everyone at our Watch party Saturday!