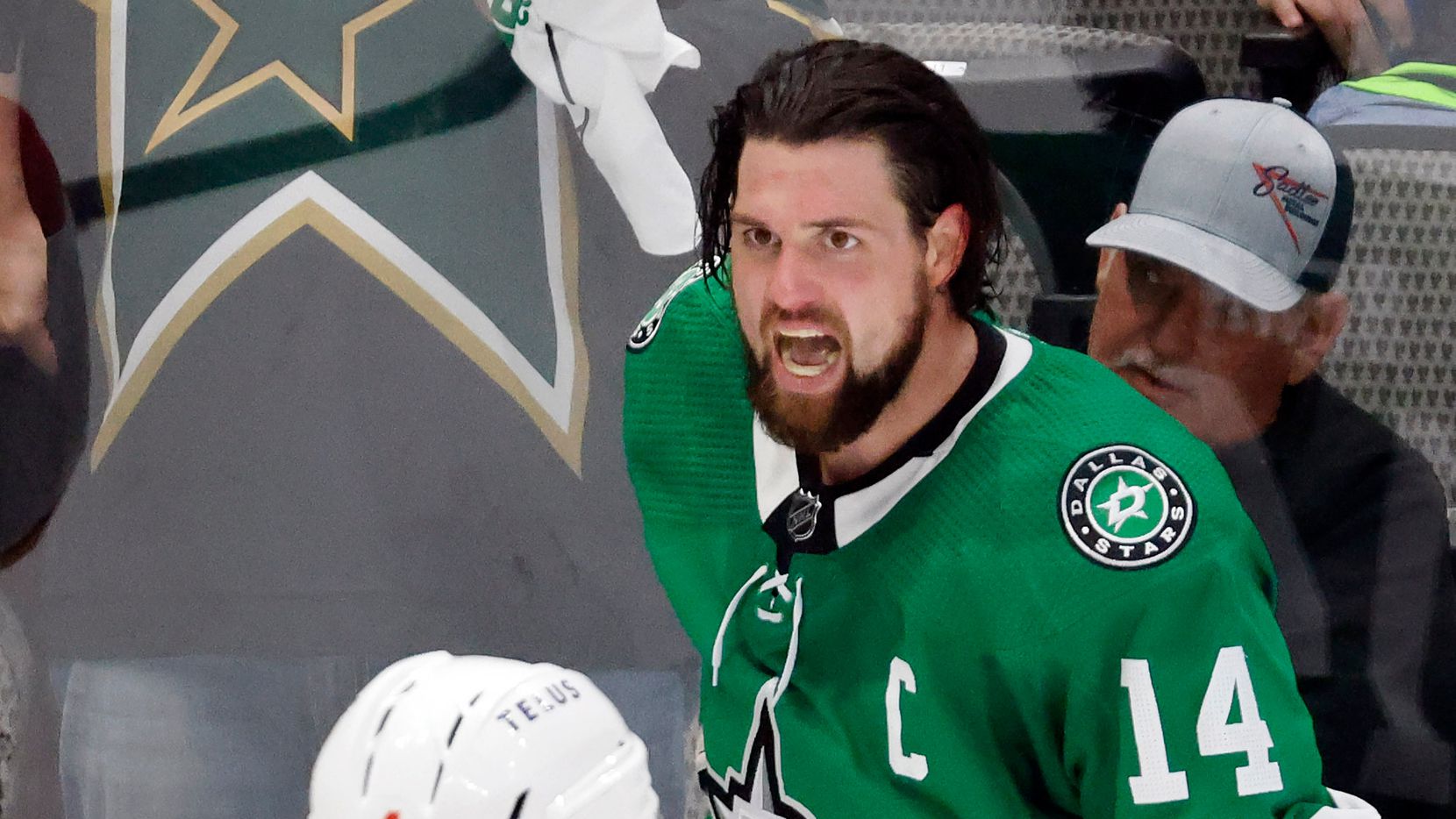 Saturday night, the Dallas Stars outlast the New York Islanders. The Jamie Benn resurgence is incredibly real, and the Stars might have a top five offense for the rest of the season.

The game was scoreless after the first period, but boy oh boy, were there plenty of opportunities for the Stars to put the puck in the back of the net. They were outshooting the Islanders, and had far too many quality chances to not have a goal after 20 minutes.

In the second period, Mathew Barzal scored his first goal of the season to give the Islanders the first lead of the night. Yes, as weird as it appears to write that Barzal hadn’t scored a goal in the first 19 games of the season is insane, but he scored another one later on in the period to bring his season total of goals to…two.

Radek Faksa got the Stars on the board, and tied the game, after Jamie Benn did something so smooth that I still haven’t completely processed it.

Tyler Seguin had just come out of the penalty box before this rush, but the way that Benn was able to thread the needle to Seguin was chef’s kiss. It is something I would try to do in NHL 23, and end up failing miserably. Seguin with the dump back to Faksa was also nice, but Benn’s feed was something I’m still marveling at. This also happened to be Seguin’s 700th point of his career. What a legend.

After Barzal’s second goal of the night, guess who was involved with the second Stars goal of the night? If you guessed Jamie Benn, you’d be correct. The captain just bobbed and weaved his way into the zone, and once again made a great pass to set up Mason Marchment with the shot.

Headed into the third period, both teams had plenty of chances to open up the game and take the lead for good, but only one man could do that Saturday night. Jamie Benn.

He’s got eight goals, 12 assists for a total of 20 points so far. It’s been one of the biggest reasons the Dallas Stars are winning a majority of their games and boasting the second best offense in the NHL this season.

Naturally, there isn’t a game played where Jason Robertson doesn’t record a point. This spin around goal right off the face-off caught me completely off guard because I thought I still had a few moments to read the Twitter timeline before action got going again. Robo can also be in the Hart conversation. Put all of the Stars players in the Hart conversation, I don’t care.

The Dallas Stars outlast the New York Islanders 5-2 after a heap of goals were scored in the third period. They sit atop the Central division with 24 points, and will be back in action Monday night against the defending Stanley Cup Champions, the Colorado Avalanche.