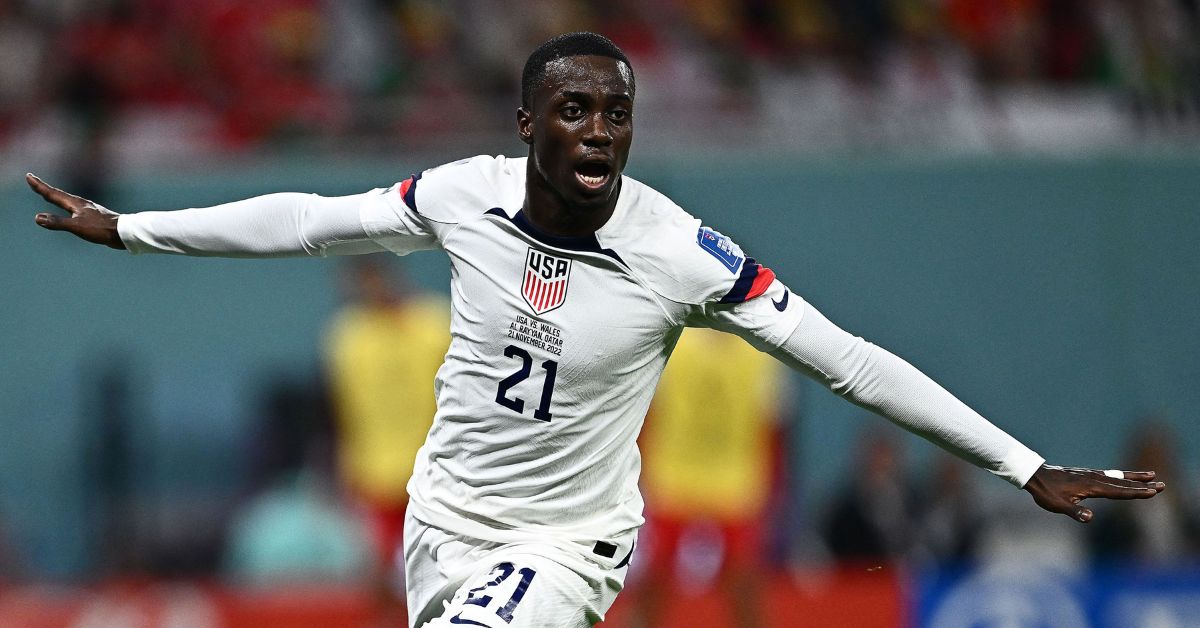 Team USA had to settle for a draw against Wales, now we must play the game of their lives to stay afloat in the Group Stage. The US needs to perform the Heimlich maneuver after that 2nd half choke job against Wales. They took their foot off the pedal and in the end, it bit them in the ass. Now, for the US to have a shot to advance, they’re next task is certainly a steep one against England. England fields one of the best teams the world has to offer and this US team will have to play near perfect to hopefully pull out a draw against this squad. However, despite England’s talent, there’s still a shot that the US could even squeak this out. Let’s dive into our USA vs England preview.

USA vs England Preview: How To Watch

USA vs England kicks off at 1pm Central Time on Friday 11/25.

The match will be available to watch in the USA on Fox, Telemundo Deportes, and on the Fox Sports App.

If you’re in Houston, come to Drift Bar in the Heights for the official ApolloHOU watch party!

USA vs England Preview: What to expect

Expectations should be cautious in this matchup. England fields some of the greatest players in the world including Harry Kane (barring his ankle injury) and Raheem Sterling in the front line, so this leaves our back line with a lot to handle. Our defenders are certainly going to earn their stripes in this game as these are world-class goal scorers and if we don’t come into this prepared, a blowout could be imminent. In my opinion, I can see the US “parking the bus” as a strategy due to the potential explosiveness of England’s offense but coming out in the 2nd half a bit more aggressive. Burhalter will have his work cut out for him, but I can see him getting this team to defend heavily. However, when opportunities arise, this team will have to attack much quicker and more precisely because opportunities will come few and far between. This game will be one where if we execute, good things can happen!

One thing I will say about this is that the midfield will have to do their part – especially Weston Mckinnie – if we’re gonna succeed. Christian Pulisic cannot have the “James Harden” role and create for all of his teammates. He will need his midfield and opposite wingers to help create for him as well. Pulisic, although he’s our best player, needs help and he’s at his best when given opportunities to finish at goal. His nickname is “Captain America” for a reason and Friday afternoon would be a hell of a time to stamp that nickname.

Oh captain, my captain! Tyler Adams, captain of the USMNT, will have his hands full against England. The backbone of the midfield will have to do his part in order for this team to pull out a result against England. Unfortunately, in the last game, he did receive a yellow card so due to that circumstance, he will have to play EXTREMELY cautiously. Although England doesn’t play at a frenetic pace, they’re very precise and if mistakes are made in the midfield then it’ll be up to Adams and the center-backs to clean up the mess. He is the man that could rise to the occasion for the US.

Known to some as “Stockport Messi” it sounds kind of crazy but he can carry that mantle. The type of potential this 22-year-old winger possesses is 2nd to none in terms of his talent. This man can do so much for team England with his creativity on the ball and his speed on the wings that he will create problems for the defense of the US. Whether he starts or comes off the bench, when he does come in, he will definitely make an impact. Accounting for fatigue, Foden coming in later in the match can be a complete game-changer if the game is tied or England is losing. The defense must play smart defense and pick their poison at times with Foden in the game.

When it comes down to it, it will be about execution. We know what to expect from the England side as they’ll play at a pace that will keep you on your toes but not expose you too much. For the US, it seems like it will be about taking advantage on the counter as they likely will not have many opportunities on goal. Any shots on goal will be a blessing and I am hoping that Pulisic, Tim Weah, and company can take advantage of those opportunities. Can we execute? That remains to be seen but I can’t wait til Friday at 1pm. We’ll see you all at Drift for the Watch Party!

My head says England wins 2-1 over the US