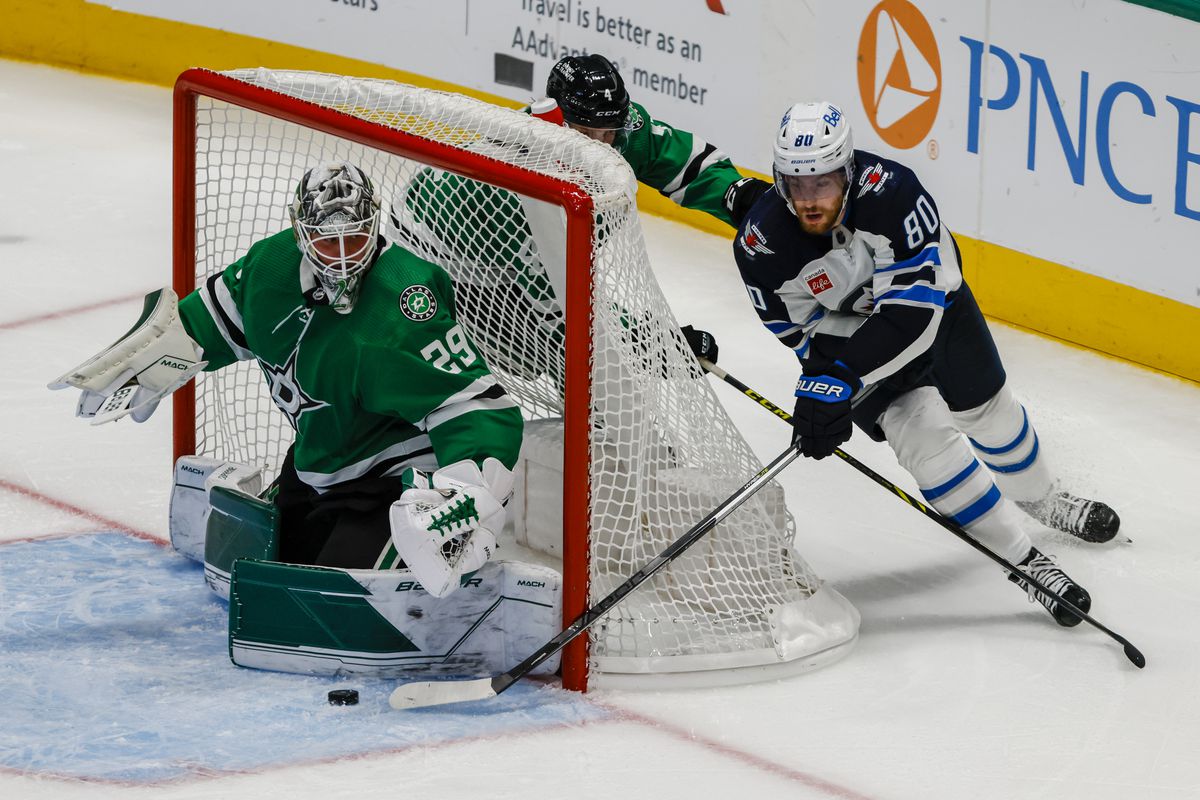 The highs and lows of hockey are much like a rollercoaster ride, and the Stars matchup against the Winnipeg Jets Friday night was no different. The Dallas Stars comeback falls just short in overtime.

The first period of the game was both good and bad. The Stars scored two goals and Jamie Benn had two points at the end of the first. However, the defense was absolutely atrocious all night long, so the score was tied at two after 20 minutes.

I will add that the reverse retro uniforms this season for Dallas are once again electric, and I would like to own all of them. The contrast from last year’s “storm trooper” reverse retros and this season’s are incredible. I love them both dearly.

On Benn’s goal in the first period, Jason Robertson recorded a point for the 14th straight game, which broke the Dallas Stars franchise record. He’s up to 34 points in 21 games, and has 18 goals on the season. He’s well on his way to being in the in the Hart conversation that we, as fans, don’t even have to joke about it anymore.

With 8.5 seconds left in regulation, Robo found a WIDE OPEN net due to Connor Hellebuyck being flat on the ice after getting tangled up by Benn. There was no interference called, obviously, so this might be one of Robo’s easiest goals of the season.

Let’s just say that overtime basically never happened, and that the Stars gained another point in the standings. That’s what we’re going with. The Dallas Stars comeback fell just short in overtime Friday night against the Jets. They’ll quickly had to Colorado to face the Avalanche Saturday night for a back-to-back.