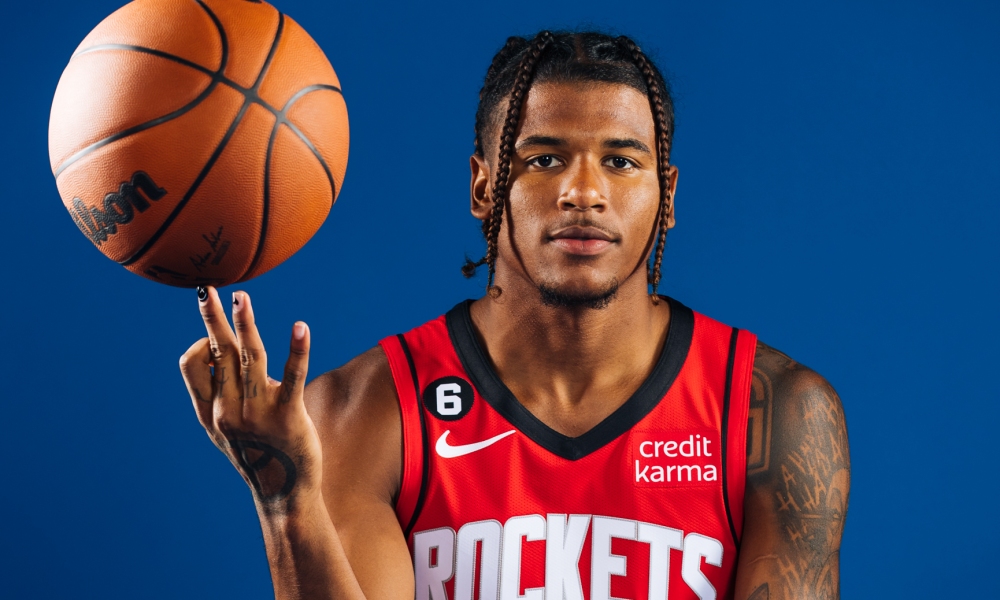 All the Rockets needed was a little tap in the head and some egregious taunting from the Hawks to wake up from dormancy, leading to their best win of the season so far. The Houston Rockets made an epic comeback down 16 pts in the 3rd to beat the Atlanta Hawks 128-122, behind the broad shoulders of the top 2 picks of the last two years in Jalen Green and Jabari Smith.

TEAM USA TIES AND THE YOUNG BOYS OF BASKETBALL GET DUB NUMBER 4!
MY SON JABARI IS HIM, GARRY BIRD MADE A TRIUMPHANT RETURN, AND JALEN GREEN IS THE 2ND COMING OF KOBE BRYANT.

First off, I’d like to thank Trae Young and Dejounte Murray for their services in their feeble attempt to bully this Rockets team. The former taunting and celebrating down the floor after a made 3 and the latter tapping Jabari Smith in the back of the head after his own made 3 from the prior possession. The Rockets were down 74-90 at the 6:45 mark in the 3rd quarter when the tussle broke out with Jabari and Jalen at the center of it. The Rockets only proceeded to end the game on a 54-32 run the rest of the way. The Hawks hijinks were exactly what the Rockets needed, and they responded accordingly.

Jalen Green and Jabari Smith were the engine tonight on both offense and defense. Combining for 51 pts and 8-20 from 3 with clutch buckets by both players down the stretch. But it was the clutch STOPS down the stretch DEFENSIVELY that caught my eye. Jalen embraced the challenge of guarding Trae Young and stayed in front, while contesting Trae’s shots effectively making each attempt difficult. Jabari Smith had a career high 5 made threes and was the anchor of the defense in the 4th, playing the Center position for most of the quarter and undoubtedly cementing his place as the team’s emotional leader.

KJ Martin was stellar tonight as a starter with an impressive double double (21 pts, 15 rebounds) and 10-13 fg. I have been critical of him but there is no doubt that at this juncture of the season, he should unequivocally be the starting SF for this team moving forward.

Garrison Mathews finally decided to showcase his alter ego for the first time this season in the form of “Garry Bird”. Garry made his presence felt on offense with 20 pts on 4-6 shooting from the field. This was the type of game we were used to witnessing last season that brought the frenetic energy off the bench and hustled his way into Houston fan’s hearts. Let’s hope this is a step in the right direction.

Ultimately, this was only win number 4 of the season. But in between the lines this win accomplished so many things for this young Rockets. They have been tested throughout the season to see where they stand against the best teams in the NBA. Tonight, the bully got bullied and as Jalen waved goodbye to NBA Heel come to life Trae Young, Rockets fans felt for the first time this season something they hadn’t felt in a long time. A sense of pride. The pride of not letting another team come to your house, slap Your guys, and dance all over your court. This was a win the fans needed, and a win that the Rockets desperately needed. Regardless of the 4-14 record, The Good Guys were 1-0 tonight against one of the best teams in the East, and that counts for something in my book.

Follow @ApolloNBA on Twitter to keep up with all of Apollo Media’s NBA coverage. Also be sure to listen to our official NBA podcast – Summit State of Mind – wherever you get your podcasts. Follow the show on Twitter @SummitSOMpod and shop our Rockets merch at apollohou.store