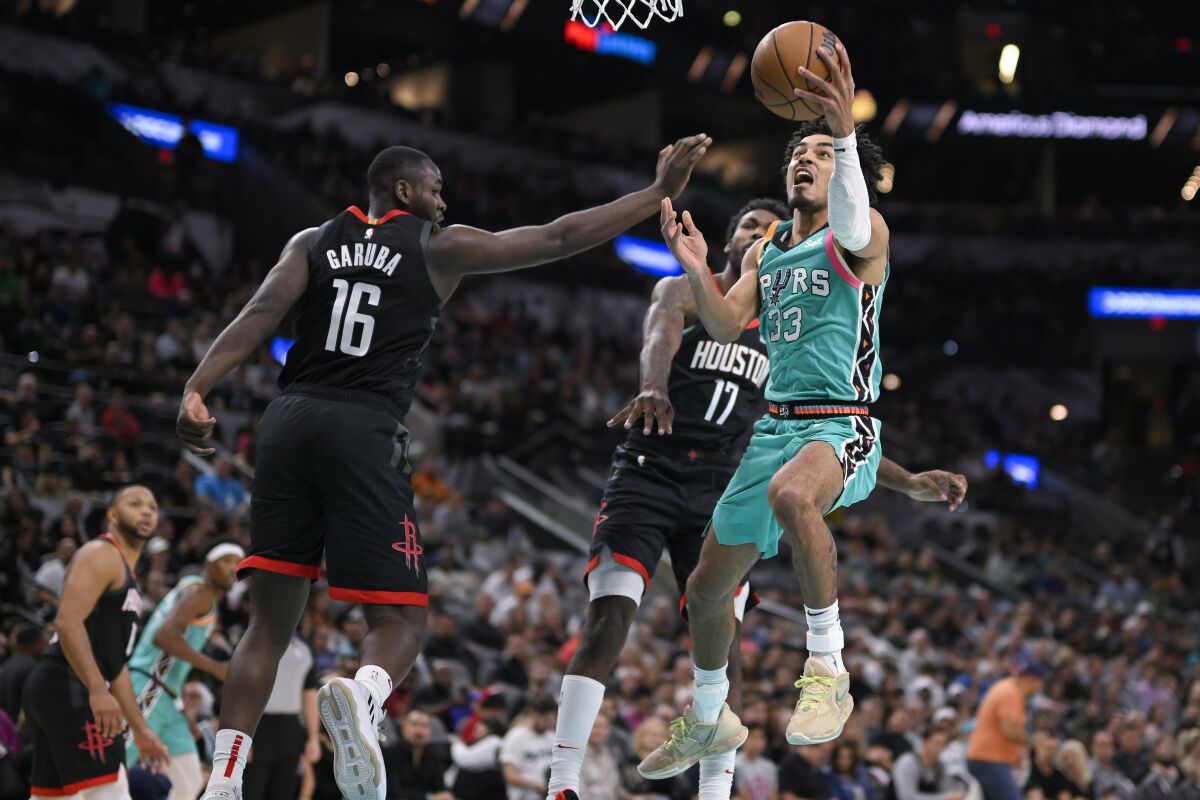 This loss, hands down, maybe the most embarrassing loss of the season. The Spurs, losers of their last 11 games and have 1 in their last 17 games, have defeated the Houston Rockets. The Spurs had 11 players on the injury report, with some key players out, and yet they found a way to win over the Rockets. In my opinion, this has to be the worst loss of the season so far.

A loss like this, with the quality of talent the Rockets possess, is just a complete atrocity. I do not mean to go in here but after such a high from a double OT victory against the 76ers to stooping to this low is pinned on Silas. As a coach, it is up to him to keep the Rockets focused and motivated, especially on a lesser challenger like the Spurs, and unfortunately this loss is an indictment on Silas. The optics here suggest that Gregg Popovich was able to maximize his talent, despite the influx of injuries, while Silas was not able to get his team, with superior talent, to hunker down and grab a win. This is the difference between what a great coach can do as opposed to a mediocre coach. Granted, Silas does not have nearly the decorated coaching career of Pops but I do think it’s fair to point at the fact that he didn’t have the Rockets properly motivated tonight for an inferior team.

For the Rockets, it seems as though defense is just not preached often. Keldon Johnson scored 32 pts with 14/21 shooting and Tre Jones poured in 26 points to add insult to injury. This game just showed that effort is constantly a battle as the Rockets seemed very lackadaisical in their approach tonight. When the Spurs played disciplined offensively, the Rockets just seemed to get lost. In certain respects, the Rockets would play a good defensive possession but since the Spurs were already in rhythm it just felt like the Spurs could get buckets no matter what. At the end of the day, we just have to tip our cap to the Spurs for playing with reckless abandon tonight and snatching the win from the Rockets.

Rockets Player of the Game

Jabari really impressed me tonight with his confidence tonight as he seemed to step into his shots with more gusto. He reeled in a career high 23 points and he did it with high efficiency. Jabari shot 9/13 from the field and was 4/7 from the 3pt line. If he can keep shoot around this efficiency, with his improving defense, the sky will be the limit for Jabari. Despite the Rockets taking the loss tonight, we can all take away that Jabari played quite well and this is the version of the 3rd overall pick we were hoping to see this year.

The Rockets did not get the outcome we all hoped for despite the 2 days off. For Silas and the staff, it’s back to the drawing board as the schedule gets a tad bit rougher come Sunday evening. Houston will be welcoming Giannis Antetokounmpo and the Milwaukee Bucks to Toyota Center. I expect the Rockets to come out just a tad bit sharper and motivated but we will see…