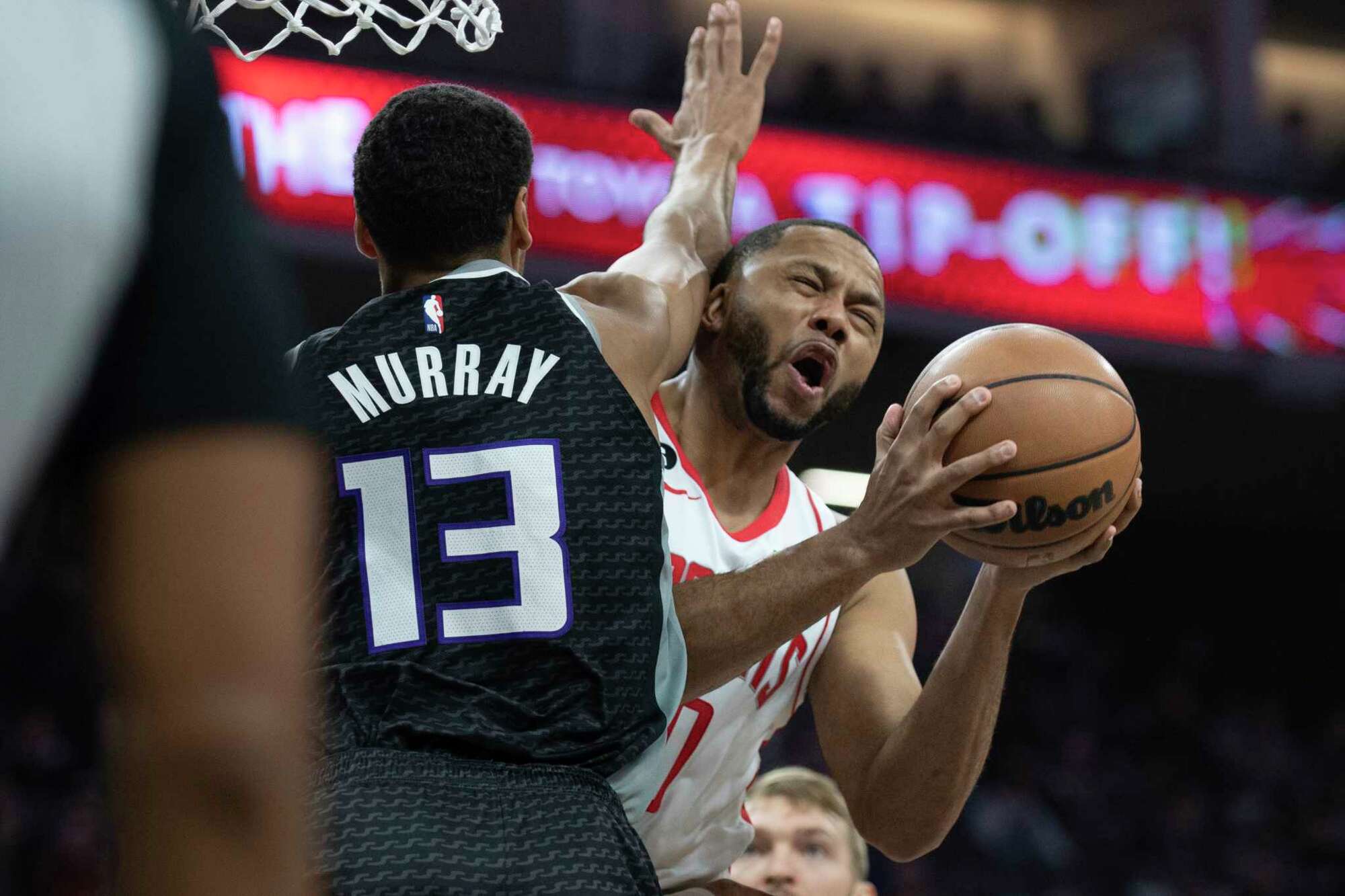 It was a close fought game, going into the 4th quarter but the Rockets completely fell apart and ultimately lost to the Kings. De’Aaron Fox, Domantas Sabonis, and Trey Lyles showed out in clutch time to outclass the Rockets. The Kings are a highly rated and efficient team in crunch time and this game was no different on their end. For the Rockets, there were some positives but this team just couldn’t shut the door on Sacramento. The last half of the 4th quarter was unfortunately just another porous showing from the Rockets and have to wonder when they can get out of this funk.

Despite this loss, Alperen Sengun had himself a standout performance tonight with becoming the youngest center to ever record a triple double. His hustle tonight was there in his attention to rebounds and his scoring was looking easy when he was in the paint. Sengun made quite a few plays for his teammates and it helped lead them to some easy buckets. The movement was magnificent when Sengun was on the floor and I really liked what I saw. However, Silas still chose to bench Sengun in crunch time. Was it from him hanging on the rim for a delay of game? It was a nitpicky call at a crucial moment of the game so it is possible.

With Kevin Porter Jr only playing 10 minutes tonight, due to injury, some of our role players had to step up to shoulder the load. KJ Martin, Garrison Mathews, and Jae’sean Tate stepped up to fill in under various roles. Garry Bird got bulk of guard minutes and was able to shoot 4/6 from 3 point range to pour in 12 points. KJ was his efficiently usual self with another 20 burger off the bench! My guy scored 21 points and had 5 rebounds while shooting 9/13 from the field tonight. We certainly needed his cuts and shooting tonight and he showed why he deserves to be out there for extended minutes. Tate only scored 2 points tonight but had 5 assists to lead the bench brigade with his playmaking. He created plays for everyone off the bounce, especially multiple cuts from KJ Martin that immediately led to dunks. It was probably one of the better quarters I’ve seen all season in terms of ball movement. With Tate on the floor, his decisive passing and quick pace helped the Rockets gain the lead in the 2nd. Tate’s play has been helping the 2nd unit whenever he’s on the floor and it has been sorely missed.

Despite losing by 20, this game got out of hand only in the last half of the 4th quarter. Yes, essentially the Rockets couldn’t keep up with one of the most efficient clutch time teams in the NBA and unfortunately that’s what’s going to happen. Despite all that, the performances prior were very good in terms of production for some of our players. Jalen Green, California native, poured it on tonight with 26 points despite having to take 25 shots to do it. Jalen was not short of confidence tonight and I was actually happy to see this assertive version of himself. What I’m hoping for is Jalen to score but be more efficient on Friday against the same Kings.

if the Defense can keep up and stay disciplined then we could’ve possibly been in this game deeper in the 4th. We’ll just need to see Coach Silas clean up the mistakes and hope that he can get his team more prepared for Friday. However, until then, we will have to bask in the stink that is an 8th straight loss and another poor finish from the Rockets.