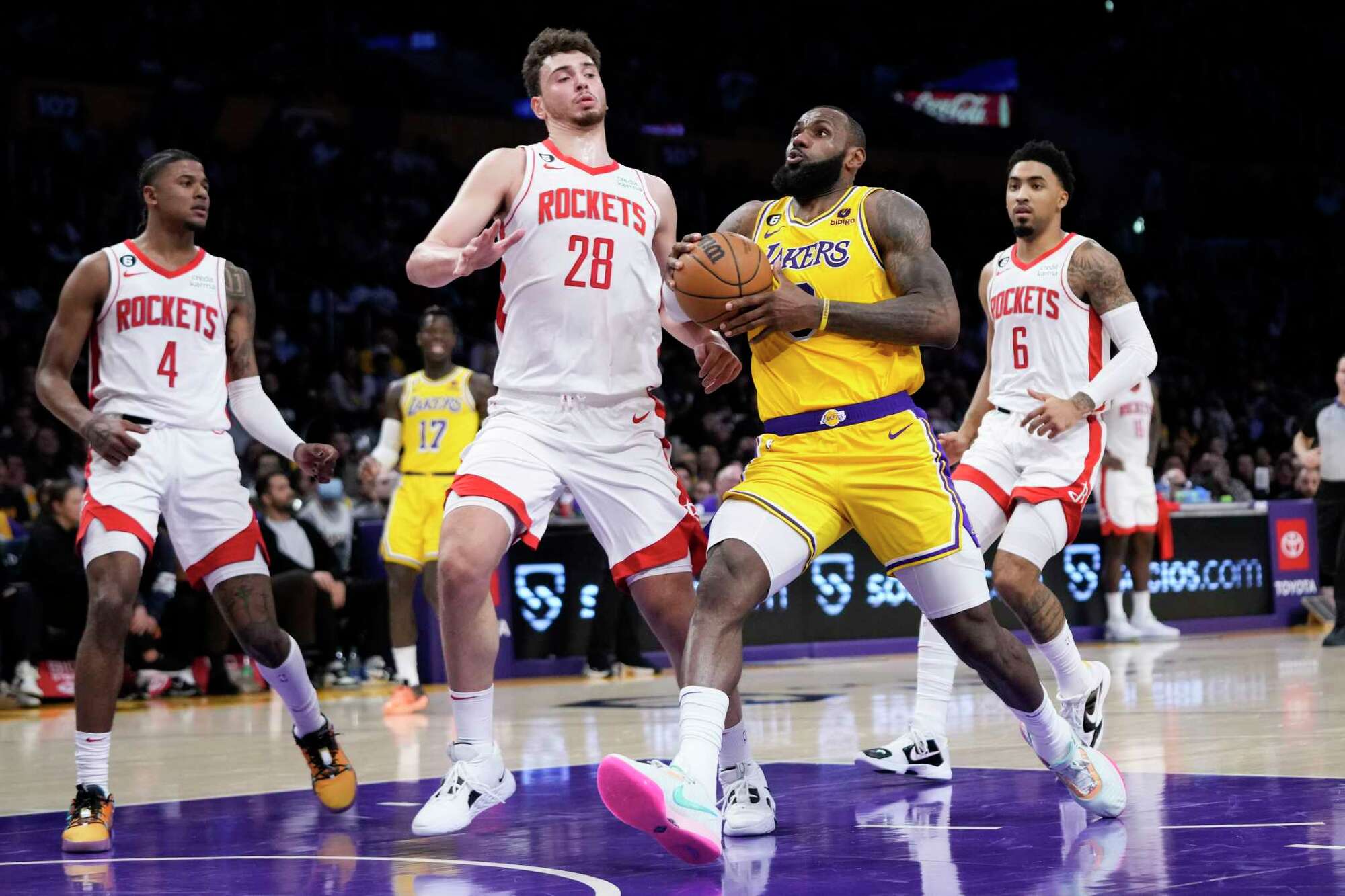 It was a heavyweight battle between the Lakers and Rockets as each team exchanged haymaker after haymaker. In the end, the Lakers came out on the top of the mountain to reclaim victory while the Rockets reel from their 11th straight loss. This game had the entertainment of a Hollywood film and unfortunately the Rockets couldn’t get their picture perfect ending. Despite that, there was so many positives to come out of this game.

Only so much could be said about Alperen Sengun’s performance tonight as his statline reflected the best game of his young career.

Sengun was as efficient as ever with 14/17 shooting, an 82.4%, that is a huge reflection of the growth that this man has become so far. The Rockets sorely needed a big performance and Sengun stepped up to the plate. He was all over the court with his vision in passing and rebounding as well. Sengun showed that last night, he was the best player on the floor and he couldn’t be denied. His 37 minutes on the floor was only 2nd to Jalen Green’s 39 minutes but this also gives optics that Sengun is capable of playing big minutes. SILAS NEEDS TO PLAY AL-P MORE! There I said it!

The Rockets had an overall great effort from everyone, although Sengun led the way, Jalen Green was able to put up 23 points with a strong 2nd half effort. Eric Gordon, Jabari Smith Jr., and K.J. Martin capped off the contributions for the rest of the starters with efficient scoring and an overall great team effort that showed the capabilities of the Rockets. It was impressive to see, despite Jalen’s shooting struggles, he was able to still shoot him self back into the game. He was shooting 2/12 until he finished the 2nd half with 5/8 shooting and two HUGE 3’s at the end of the 3rd to regain some much needed momentum.

Veteran led Lakers still prove too much for young Rockets

There were a lot of positives for the Rockets tonight but, due to the veteran play of LeBron James and Russell Westbrook, the Lakers were just too much for the Rockets to overcome. LeBron James ended up with a season high of 48 pts accompanied by 8 rebs and 9 assts. It was just another one of the great LeBron performances that still seem to happen night in and night despite his age. Apparently the fountain of youth is found when LeBron sees Rockets red as his opposition and, to be honest, it seems ALMOST unfair.

That’s 11 in a row for the loss column

To quote the great rock band of the mid 2000’s, Linkin Park, “In the end, does it even matter?” Because at the end of the day, we lost the 11th game in a row. In Silas’s tenure as head coach, this is the fourth double-digit losing streak he’s attained, in the last two and a half years of coaching. This type of performance was good, but is it all for not? I guess we will see as the Rockets are back on the court, at home in Toyota Center, against the Hornets. The perfect game to break off the schneid or even the biggest trap game of them all. Wednesday needs to get here ASAP.