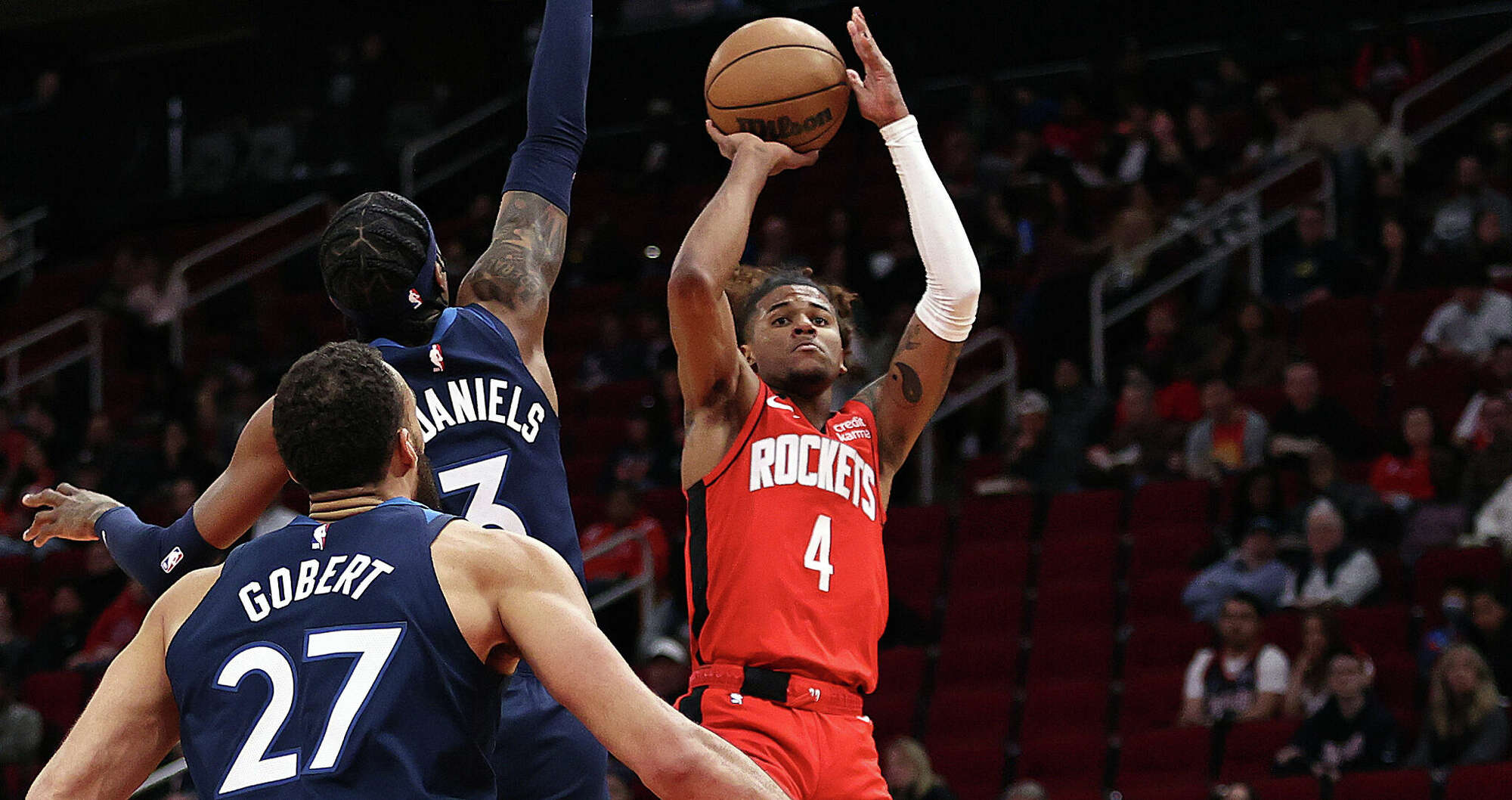 What is that we hear? Is that a door bell? Because DING DONG the witch is dead and so is that 13 game losing streak! After a poor showing against Minnesota Saturday night the Houston Rockets, behind Jalen Green’s career high 42 points, ended their dreaded 13 game losing streak. It was a showing that was sorely needed, for all Rockets fans, and the type of performance that could potentially turn a season around.

When God Mode Level 4 is activated, it’s like Jalen Green decided to gather the five lions and form Voltron. Jalen unlocked all levels of his game tonight and it showed as he was not going to let the Rockets lose. In order for the Rockets to win, Jalen had to pull out all the stops en route to his career high 42 points. He shot 15/25 from the field, for 60%, and shot 6/12 from three to shoot 50% from behind the arc. At that efficiency, he had a 71.4% True Shooting and was the exact type of breakout game the doctor ordered. He was shifty in wiggling his way to the rim around defenders and his footwork was immaculate when he was able to find space for his jumper. Jalen could effectively do it all as he was in his bag tonight. This game, simply speaking, is the best game of Jalen Green’s short career and it could not have come at a better time.

The most impressive part, of this display, was actually Jalen’s defense. His effort was night and day, compared to Saturday, and he only had one thing on his mind and it was ending the 13 game losing streak. Jalen came up making key stops in multiple possessions as these helped aid the Rockets in victory. Despite his struggles on defense overall, that’s where I see the part of his game possibly having the most growth. Do not be surprised to see Jalen effectively defend the perimeter once his size matches up with his desire. When that happens, we will be seeing Jalen Green locking down 2 guards night in and night out.

Although Jalen had a career night, enough can’t be said for the rest of the team as they all chipped in. Alperen Sengun had himself another efficient evening to the tune of 21/7/7 with 8/12 shooting. The stats we’ve seen Sengun put up have been second to none as he’s become more of the offensive hub since KPJ has gone down with injury. Tari Eason had a complete game, in terms of both ends of the court. To pair with an 11/9/3 stat line, what was most impressive was his 3 steals and 2 blocks. This effort and contribution, on the defensive end, is what fuels teams to victory and Tari’s effort is no different. The fact that Tari has stepped up, in Jabari Smith Jr.’s absence, is a beautiful thing. All that will do is build confidence for Tari and once Jabari is back, hopefully we will see the Legion of Stops in full force once again.

Where do we go from here

The Rockets will have some time to finally celebrate the end of the 13 game losing streak as they don’t play again until Wednesday evening. With that being said, this victory is a building block for what the Rockets can apply to future games. The team was moving the ball and getting guys into their spots to help get easy shots. With this type of team work, paired with defensive effort, I don’t see why the Rockets shouldn’t be close in every game. Overall, this was the best way to end the losing streak as the team was cohesive for a full 48 minutes. With all that being said, Kenny Omega said it best as the Rockets said “Goodbye and goodnight” to the Timberwolves of Minnesota.