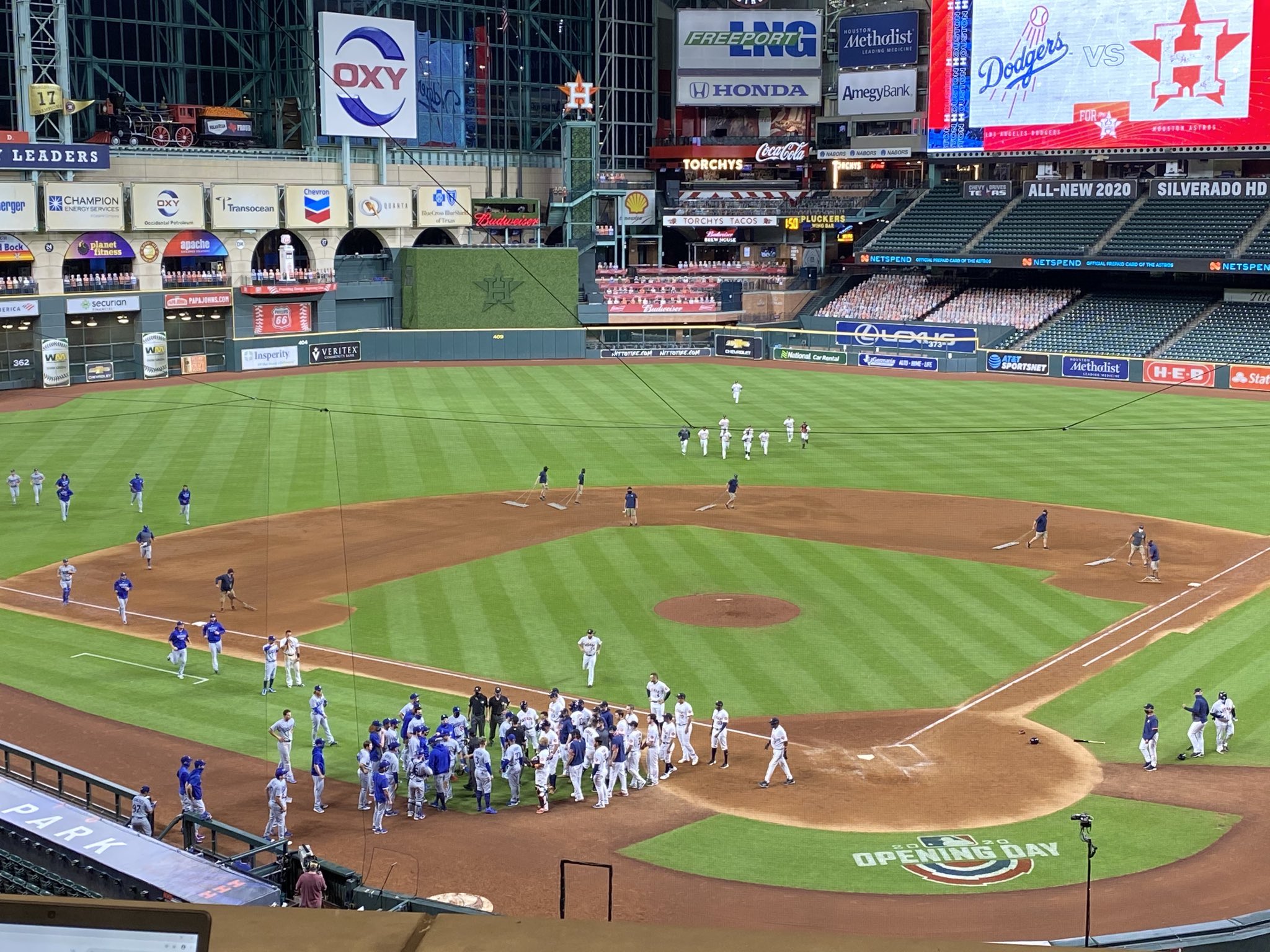 Look we didn’t win and losing to LA sucks especially the 5th gameof the season but Houston won the more important game 5 already and I am ok with that. *Bang Bang*

Carlos Correa carried the entire city and offense on his back tonight and other than all of the Single A and Double A pitchers he was the only one who showed up for this heavyweight matchup.

Framber looked good on the mound until he did not. You could tell it was coming because the Dodgers had so many loud outs leading up to that 5th inning but the game swung on the Seager diving catch in the hole that prevented 2 runs from scoring and the early knockout punch landing.

He threw at Bregs head down 3-0. THEN after finally making a sequence of good pitches he got Correa to strikeout.

THEN THE PARTY WAS ROCKING

Whatever we lost, it is game 5 of the season and we are 3-2 and we can look forward knowing we have, um let me check my notes, uhhh ya Christian Jaiver on the bump tomorrow against Dustin May.