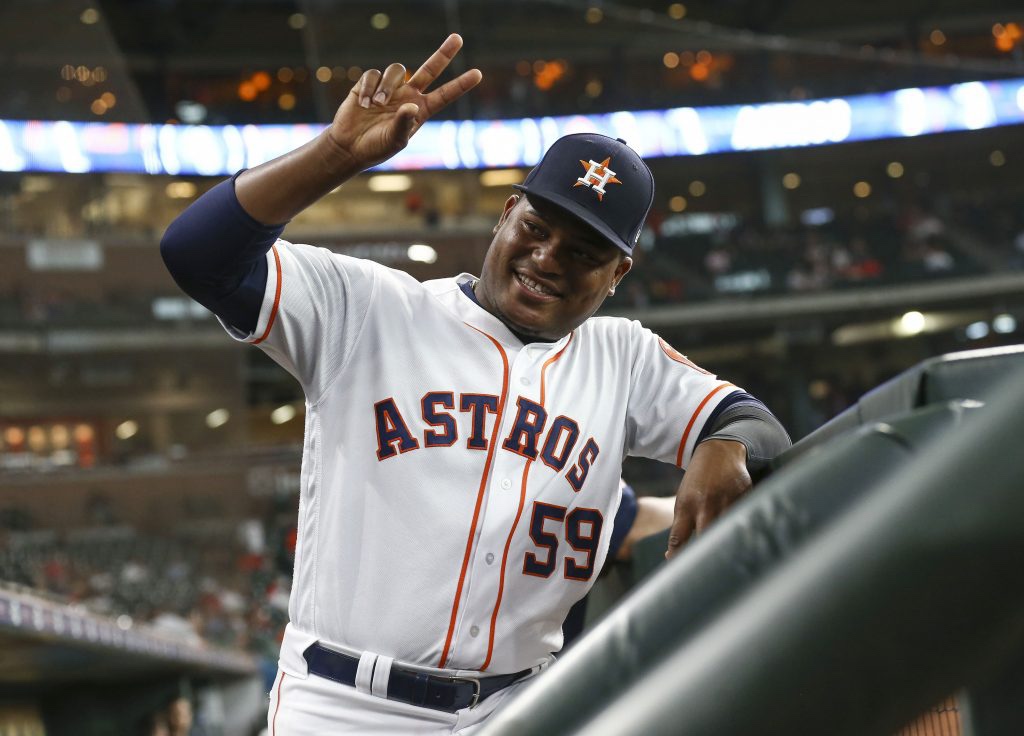 Well, maybe he will be in a couple of years. Valdez has been super solid this season for the Astros where the rotation has been in flux since Justin Verlander went down with his season ending/not season ending forearm strain/discomfort or whatever else you would like to call that fiasco after the first game. Last night, Valdez threw six and a third innings, allowed four hits, one earned run, one walk and…11 strikeouts. All of them happened to be on his disgusting curveball.

While Valdez has been dealing this year, the rest of the rotation and bullpen has had some good moments and a lot of bad ones. Having Valdez to be somewhat stabilizing for a rotation that might lose two of its horses after next season in Verlander and Zack Greinke, it seems to be reassuring that Valdez and Christian Javier are here to stay for quite some time.

However, the bats last night were less than optimal. I wrote earlier in the week about the return of the death lineup that has decided to come up, and the lineup might be more of the death of me lineup if they don’t start to string together hits and runs against bad teams the rest of the season. Shoutout to Kyle Tucker for deciding to have one good swing last night, too.

Alas, the Astros walked away with a win, and a series win against Arlington, which is always a plus. Valdez has a nasty curveball that I can’t wait to watch develop even more with Brent Strom’s pitcher witchcraft and spin rate.

Now, it’s onto the Diamondbacks for a three game series in the last time the Astros will play at Minute Maid Park this season. Buckle up, only 10 games to go.