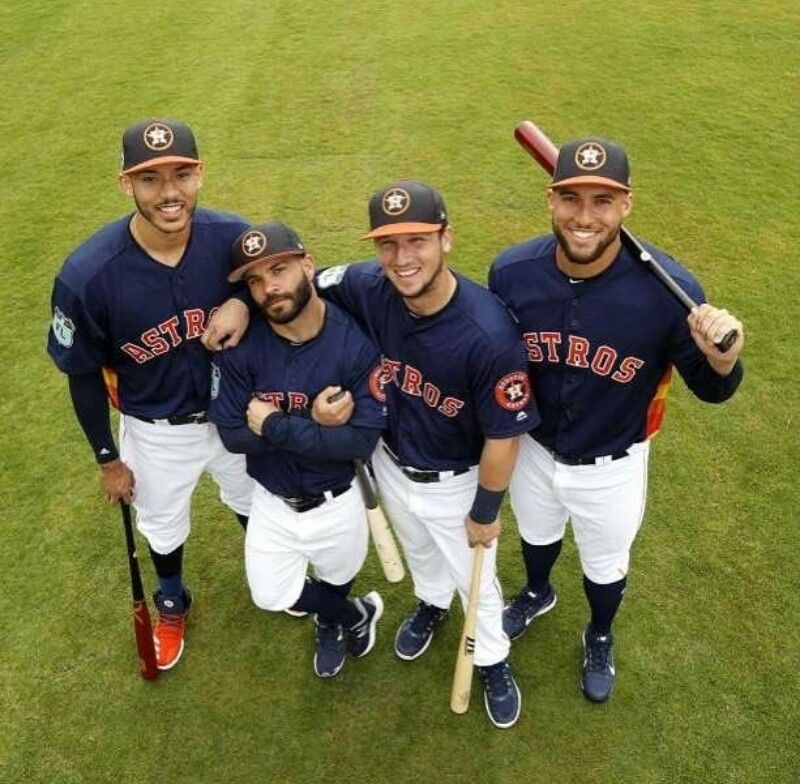 Last night the Astros brought back the lineup that has been feared for the previous three seasons. Everyone that we love to watch hit on a daily basis was back and the offense looked fairly good scoring four runs in a win against the Rangers.

The bases were loaded for the Astros with one or no outs I swear no less than six times last night and only walked away with four runs that were scored on some weird hits.

Bregman pulled through with some insurance runs in the 7th inning when I was starting to get a little upset with not scoring runs. Alas, the runs were scored and the Astros came away with a dub.

Jose Urquidy looked absolutely electric and his changeup was nearly unhittable last night. That is an extremely good sign with some of the other arms starting to become healthy and potentially rejoining the squad before the playoffs arrive.

Dusty Baker also said that after last night’s performance from Urquidy he could potentially be a starter for the playoffs. Uhhhhhh you think, Dusty? Dude pitched and incredible game during the World Series last year and has had two quality starts since returning from injury in an injury ridden rotations. Urquidy is most definitely a starting arm for the playoffs if the Astros can get passed the first round.

Unfortunately Carlos Correa fouled a ball directly off his ankle and will probably miss some time because he couldn’t put literally any weight on it exiting the field. Luckily the x-rays came back negative as it was only a bone bruise. Hopefully he’ll be back in the lineup in a few days and get his timing down again before the playoffs.

In this article:baseball, Houston Astros, mlb