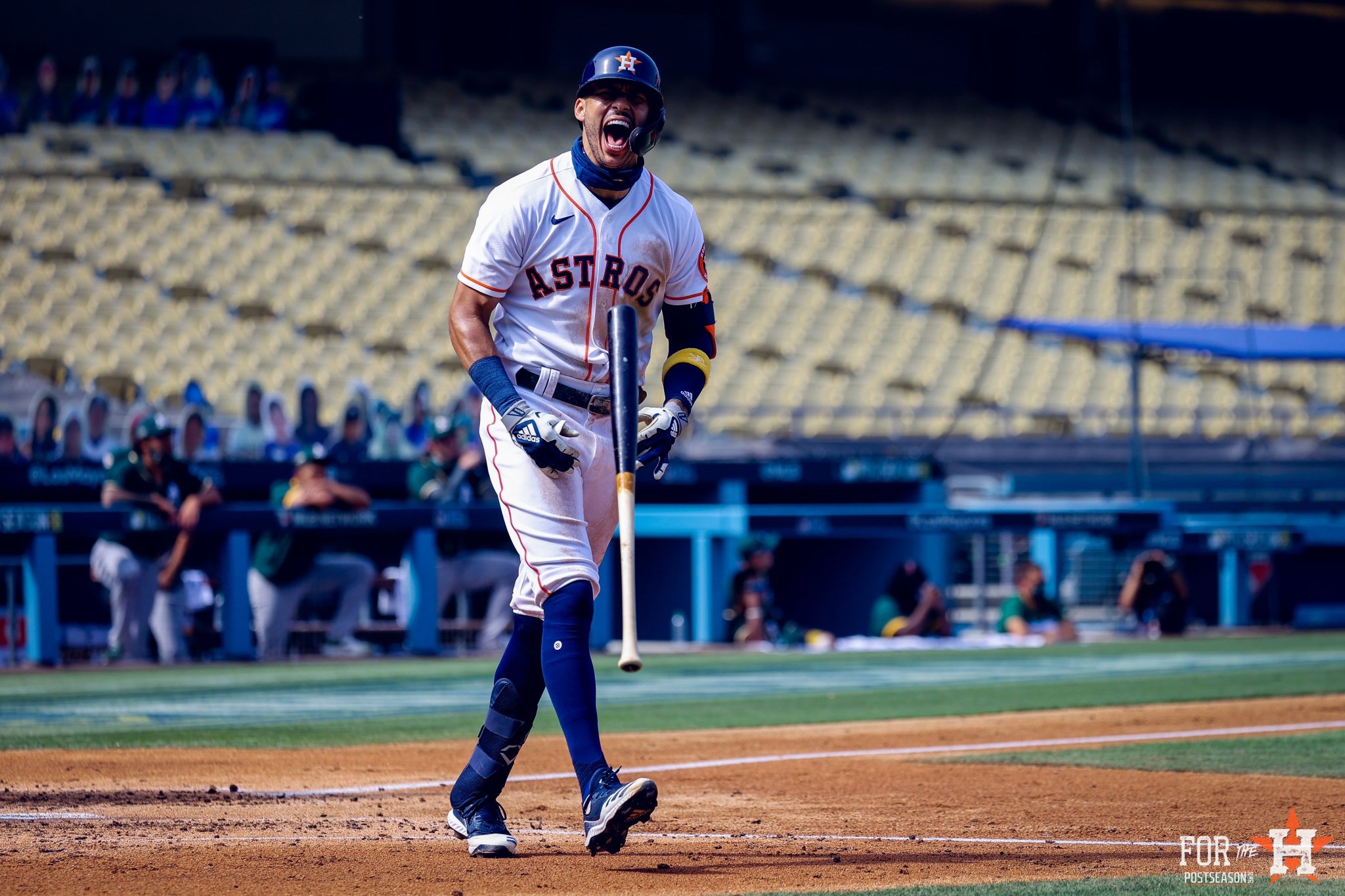 If I told you at the beginning of the season that we would only get one start out of Justin Verlander, a game and a half of Yordan Alvarez, a weekend of Roberto Osuna, lots of games missed by Jose Altuve and Alex Bregman, you’d have probably thought this team was eliminated during the wild card weekend, right?

This team full of rookie pitchers and lackadaisical regular season bats has finally come alive. The bullpen was shaky all year and lost a lot of really close games. No one was hitting homeruns on the train tracks in Minute Maid like we have be so accustomed to. This season was only 60 games, so everything that Astros fans have been used to seeing had changed dramatically.

That didn’t stop the Astros from becoming the Death Star once again. In the ALDS against the Oakland Athletics, the Astros scored 33 runs in four games. That’s a lot of runs for a team that seemed to average only like three runs a game this season. George Springer, Jose Altuve, Michael Brantley, Alex Bregman, Kyle Tucker, and last but certainly not least, Carlos Correa are all Fall boys. They love the Fall. They love October. They also love Los Angeles.

This team proved that they are just as resilient as we have seen over the last four seasons. They’re an incredible group of baseball players that have proven that they are just as good, if not better, without trash cans, buzzers or whatever else they’ve allegedly used to make themselves better at hitting.

Now, let’s talk about Carlos Correa. The man is 26 years old, he’s talking shit left and right about how good the Astros are and how they want to prove the haters wrong. Well, they’re doing just that. Correa, as previously mentioned is only 26 YEARS OLD, and is currently sitting at ninth on the all time playoff RBIs list. Can we talk about how insane that is? Derek Jeter played like an extra season and a half in the playoffs and only has 15 more RBIs than Correa. Jeter could never and will never be my GOAT shortstop.

There have been a ton of huge playoff home runs for this team over the last few runs in October. I’m not sure if any of them come this close to hyping me up as much as that Correa scream right after launching a hanging off speed pitch into Sacramento. The ball is probably still sailing into Washington State or even Vancouver by now. Carlos Correa is a hype machine that lives for these moments when October rolls around, and just for that fact I’d like to make him richer than Mike Trout will ever be.

The dude is an electric factory and he seems to be the heart and soul of the team. I think Springer is the glue that holds it all together, but Correa rallies the troops better than anyone else on this team.

The rest of the team wanted to have some fun rounding the bases this series too, and Uncle Michael Brantley got the party started Thursday. Unc hit two homers, Altuve hit an insurance homer later on in the game that turned into a slugfest in the fourth inning. This team is HOT right now, and they’re onto the ALCS for the fourth straight year.

The Astros are good whether some fans like it or not. They can scream and cry and hate about 2017 and try to make up stuff about buzzers, but this team does not care for anyone else’s feelings. It’s time to cut some throats, give me the Yankees.

Mike Fiers is a coward.