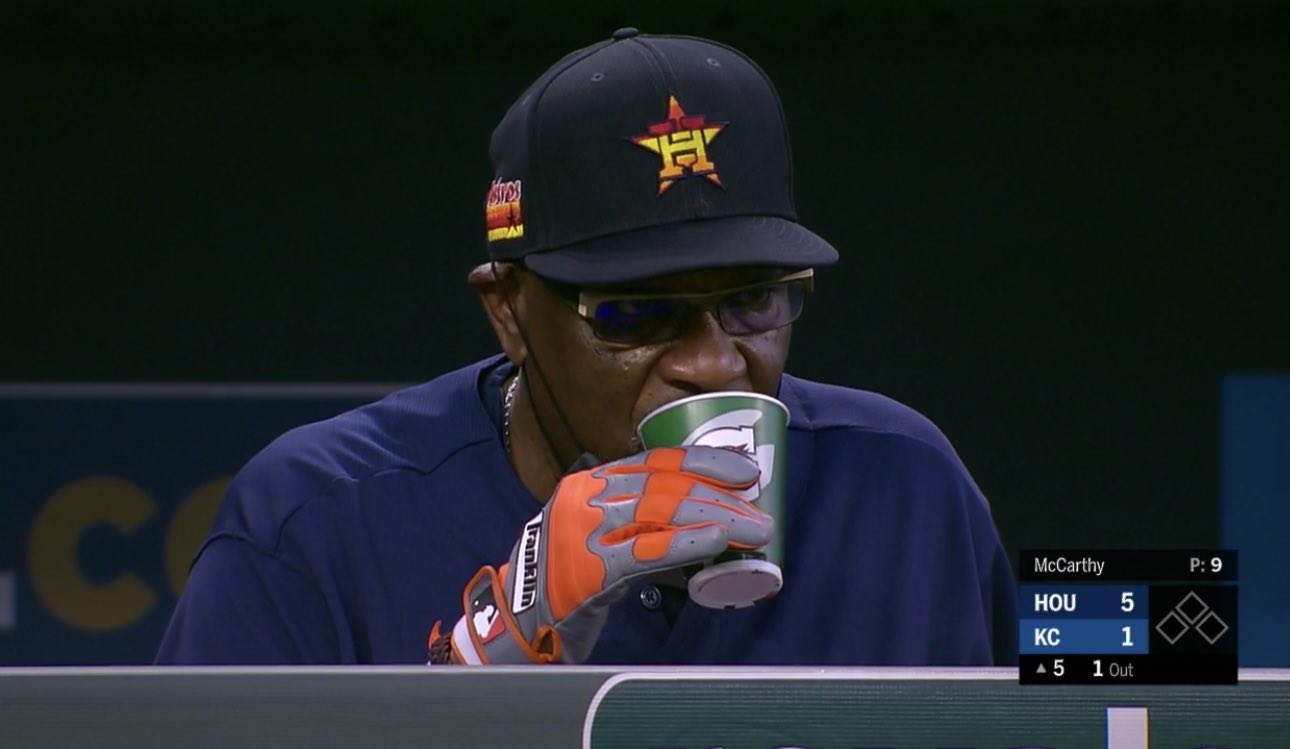 We are almost there, y’all. Two days until we have baseball back until October and damn if that doesn’t fire me up. We launched Apollo Media for this moment and here we are a year later, providing the best Astros content the city has ever seen. I promise you OUR team is not ready to let you down.

MY OCTOBER THOUGHTS ARE IN ORANGE I don’t think you can say we let you down.

It’s POWER RANKING SZN boys and girls. These rankings are where I think the guys are going into the season and how I project them. This is part 1, ranking the bottom half of the roster. Let’s get into it.

SO THIS IS A RECAP OF MY OPENING DAY POWER RANKINGS WITH SOME FEEDBACK ON EACH DECISION.

Robel rocking Marwin’s #9 may trigger some of the fanbase but I believe James Click brought him in as an insurance policy to Diaz and Toro. The Astros claimed the switch hitting infielder off waivers in late February and I have to applaud Garcia’s work ethic on making the big league squad in less than a month. As a total unknown, he has to be here to start the rankings.

Properly ranked him last and boy did we have a wild ride with our good friend Robel.

CHASSSSSSSSS!!! The kid made the squad on the last day and I think everyone is happy about that. Chas will be the 4th outfielder to start off the year. The fanbase usually falls in love with the 4th outfielder – I expect nothing less here.

Chas emerged into a constant everyday Major Leaguer and he took Daddy Hacks and will start in CF during the playoffs. He will be high on my list next year.

Look, Abreu is a stud and he is probably way to high on this list but you have to show me you got it when the lights are the brightest. We have been waiting a couple years for him to put it all together and there is no better time than now. He is in shape and his velo is back, maybe with a chip on his shoulder to prove everyone wrong? I know my guy Ben is going to have an anger attack when he sees his ranking but it is what it is. PROVE ME WRONG BRYAN.

Woof, another lost year for Abreu, he has all the stuff but I think he will see success on another team.

After opting out last season, the sidearm kid is back. We know what we got with Joe but I am more focused on how Dusty will use him with the 3 batter rule. Look, when he gets the saucer going it’s better than the pies here in the H but it has to be effective.

Wasn’t wrong here. We ended up trading him for Graveman.

The prodigal son returns. Remember when he was our only All-Star when the league mandated every team have an All-Star? Those were the days. He will be Machete’s back up and he knows how to command a staff. We take those.

I think Castro should be in the 15-20 Range if we were to re-do the rankings, he has been Mickey Mantle after the 7th inning this year or off the bench.

BUY ALL THE STOCK RIGHT NOW!! $RYSTANEK is going to be worth a billion. James Click dude and he throws 100 mph with sideways stuff that makes me blush. He can be an opener in a pinch and a high leverage guy when he is on.

I HOPE YOU BOUGHT ALL THAT $RYSTANEK STOCK! CASH IN AND RIDE OFF INTO THE SUNSET. STANEK HAS BEEN A STUD FOR US. WASN’T WRONG.

The smooth lefty out of Texas A&M was a steal last year from our front office. He rounds out the top 20 because you can’t not not have a lefty in the top 20. He was Mr. Consistent and I expect nothing less this year.

Honestly, since the All Star break Brooksy has been kind of a stud. Probably not properly rated and would be in the 14-18 range so I was wrong but also right?

IT BIELAK THAT BABY!! A friend of Apollo, Brandon had an up and down year but during the offseason it looks like he went to work and has had a SHARP Spring Training. He is either our #5 guy or the long relief guy, either way the cat is going to get a ton of innings. He is this high due to the inconsistency of last year but hey it BIELAK that baby!

I was wrong here and Bielak would slide to the lower end in the new rankings but he did show some plus stuff in a few appearances just needs to take that jump next year.

Can he stay healthy? That is the question we say every year and he can’t. It is frustrating for the fanbase and it is for him, when Diaz is on the field he is super utility. Just stay healthy!!!

I was wrong with Diaz ranking simply because of who is in front of him. He did miss a chunk of the season being hurt but also was super-utility when he was healthy.

Last year Machete was our MVP in October. Yes, even over Correa. He was clutch at the plate, anchored a pitching staff with so many unknown names and rookies, and caught EVERY INNING. In reality, there is no way he can do that for 162, BUT he anchors this team and that’s all you can ask for. I love this guy and he has a CANNON behind the dish.

His defense has been elite, his offense is coming around. Properly rated.

From a complete unknown and throwing in a must-win ALCS game to #16 in Dez’s Power Rankings?!? Yes, this might be a little inflated on the ranking for this season, HOWEVER (Stephen A voice) he is either the #5 guy or long relief with Brandon, he didn’t blink in the biggest game of his life, he has a wipeout changeup and I witnessed an immaculate inning at Spring Training with him. I AM ALL IN.

I was wrong about this ranking, Luis should be the AL Rookie of the Year, and you could argue a top 3 arm we have. I was right about being all in. Move this cat up to the top 10.

I can hear you right now yelling and cussing me out. Let’s take a deep breath. There is no bigger fan of Yuli than me. He is Cuban royalty, he is one of the best hitters that has emerged from Cuba, but these rankings are for this UPCOMING season. Father Time is undefeated and we saw Yuli struggle down the stretch. I hope I am wrong with this spot, I really do. If Yuli came over to the States at age 20 he would be a perennial All-Star and borderline HOF, how about that take?

The AL Batting Chap at 15?! Yeah I was wrong again.

A lefty flame thrower that has closer potential? It has been a minute since we have had one of those. Blake Taylor rounds out Part 1. Blake Taylor could easily be a top 10 guy by the end of the season. He was Dusty’s guy last year during the sprint and just MOWED down guys at the plate. I expect big things from Blake.

WOOF. MOVE HIM TO THE BACK END OF THE TOP 20 A DOWN YEAR FOR MR. TAYLOR.

Part 2 of the rankings will come out tomorrow. Let me know in the comments and give me all the hot takes on twitter.