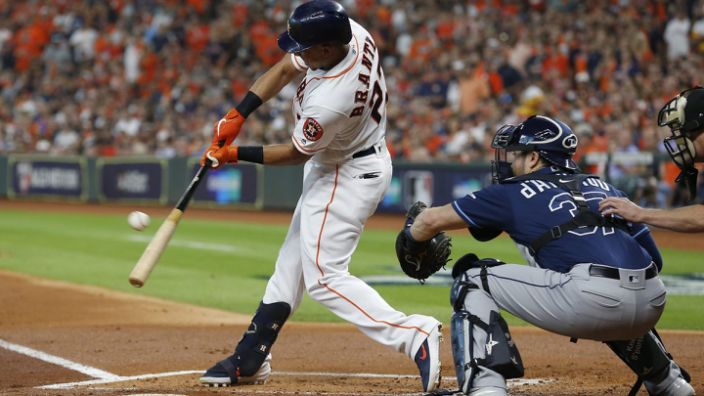 Hang your Mickey Mouse banner, boo, and chirp all you want but if you want to beat the Astros you’re going to have to do it between the lines. It’s that simple. The 2021 season started off with a little bang bang in the East Bay last night.

Zack Greinke did ACE type things and kept Oakland out of sorts all night. 6ip 3 H 4K 0 R. Yup, that will do donkey that will do. (Shrek voice) It looked like it was going to be a long night with the Oakland batters driving ZG’s pitch count up the first three innings but then Greinke settled down and cruised. The moment of the game is when Enoli Paredes came in and somehow pitched out of a self imposed jam. It was a 3-1 ball game at that moment and Enoli threw some hanging sliders that the Oakland hitters just missed. Sometimes you rather be lucky than good.

The DEATH LINEUP was led by Uncle Mike and Bregman who went 5-9 tonight and had back to back jacks. Yordan did Yordan things which was just bring in ALL the RBIs and Altuve found some barrels that didn’t translate into the hit column.

Alex Bregman’s first hit of the year is a screamer 🔥 https://t.co/FB5JeuYlmD

The boys do love some Yordan RBI Double action 🔥🔥🔥

Brantley | Bregman. Back to Back! https://t.co/UmKupqk16y

Opening Day on the west coast it’s nearly 1am and another Astros win.

You love to see it.