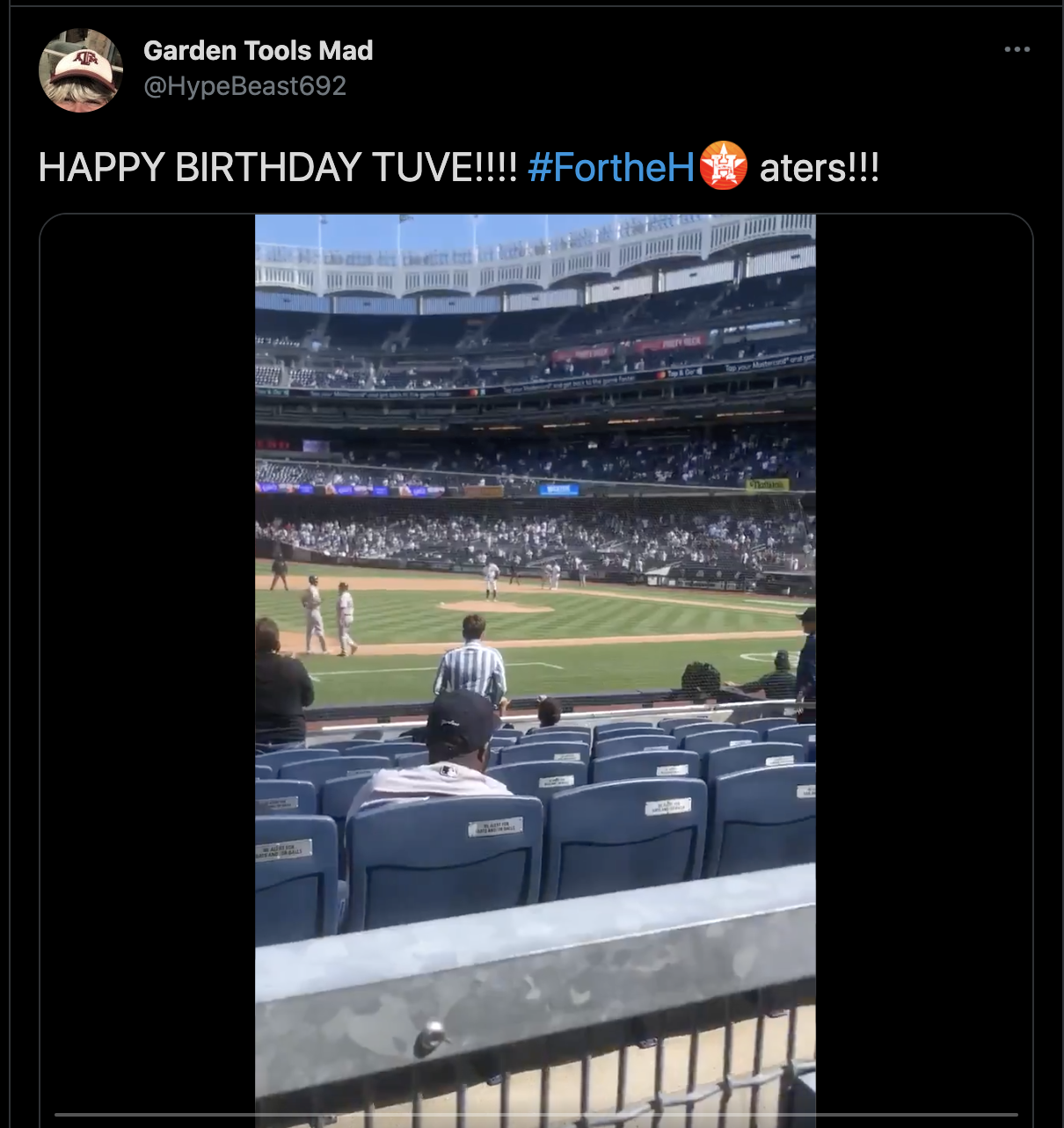 No, I am not talking about the Kim K video get your head out of the gutter.

Our very own @CopierCollin and a great supporter of Apollo @HypeBeast692 went to New York to win the one-game series for us. Before the Altuve homer, Mr. Hype Beast PHD took out his phone and did not know his life was going to change forever as he became this generations, Abraham Zapruder. Here is the video that changed the timeline forever.

Look it is a one-game series, it’s late in the game and you’ve exhausted all the “FUCK YA MOTHAS” CHEETAHHSS” “BANG BANG” lines. Look I have never experienced the problem of coming up with original creative content but if it lasts more than 4 hours you should probably consult your doctor. Anyways Jose Altuve has been married since 2006 that’s almost when the last time the Yankees won a World Series so they should know that.

THE 6 SECOND TO 14 SECOND MARK

The crowd comes together and starts to chant cheater in perfect unison or Jeter one of the two?

LITERALLY ONE SECOND LATER AT THE 16 SECOND MARK

You can hear Spaceman off the bat knowing the ball was gone. He is a big HIGH IQ Baseball guy and my good friend. He lets the crowd know with a “LETS FUCKING GO” Mr. HypeBeast just lets a simple “Oooof” a veteran move imo. The crowd also with a not high baseball IQ are still yelling not knowing the ball is headed to the bleachers.

I believe we have Mr. @MajinJerms make his iconic appearance with an all time vertical jump and pure electricity.

THE 30 SECOND MARK AND A BIRTH OF A LEGEND

There a few moments in time where a photo is captured and it lives forever. This is one of those moments. We have this older gentleman turn around and just flick off the Yankees crowd who were probably chirping all game. AND in the back ground you begin to hear Spaceman till the crowd thats 3 runs. LMFAO

34 SECOND MARK A VETERAN MOVE BY THE SPACEMAN

Baseballsplaining to the crowd that it was 3 run bomb. POWER MOVES ONLY AT APOLLOHOU.

And that is my breakdown of the most iconic film of all time.