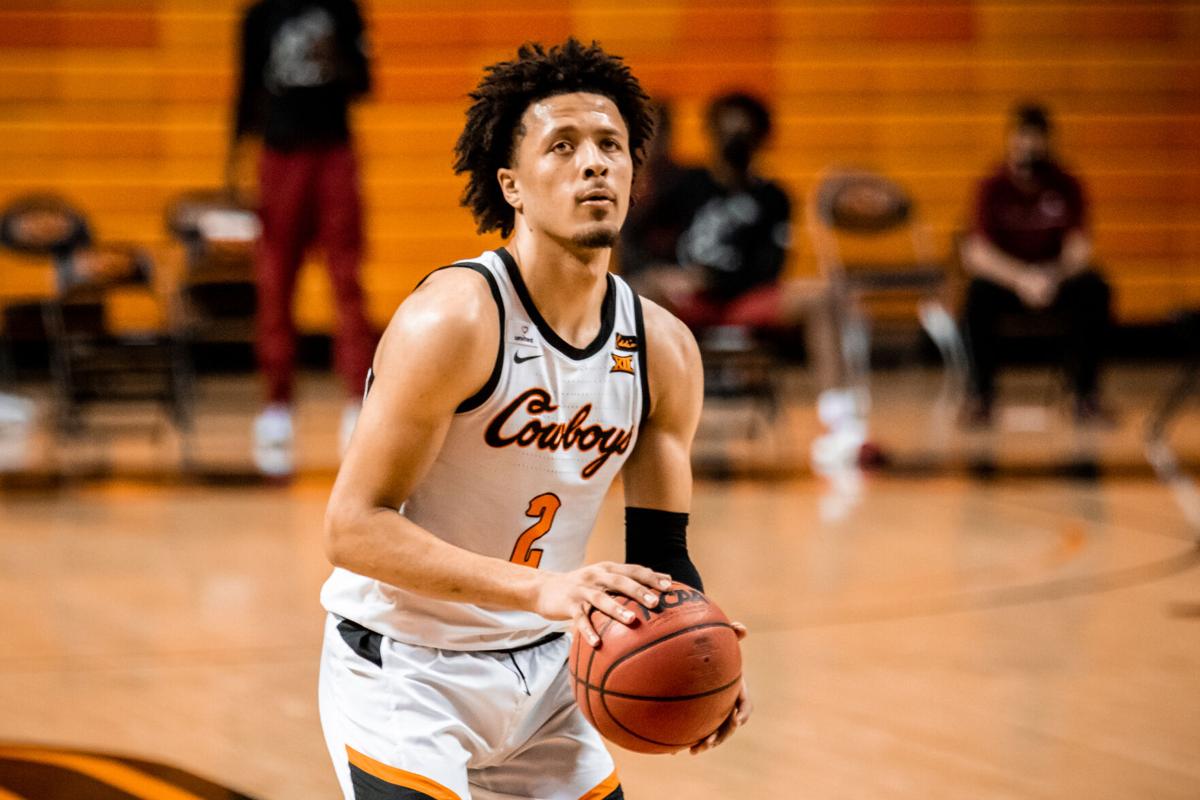 The most wonderful time of the year is here for NBA fans; June and July are filled with different aspects of basketball: playoffs, draft, and free agency. Unfortunately for Houston fans, the organization has not been involved with the draft portion much. After all, the team hasn’t made a first-round selection since 2015. That era is over. The Rockets have three first-rounders in this upcoming draft, and will look to advance their rebuild. Here’s how the first round could end up for Houston and the rest of the league.

This one is a given; the Rockets get one of the most sure-fire draft prospects in the last ten years. Cunningham’s ability to score at all three levels as well as control the game provides Houston with an all-NBA caliber talent.

Mobley is the type of prospect that many were convinced that James Wiseman was. He’s an athletic big that can run the floor, defend extremely well, and be able to stretch the floor. The Pistons could elect to get a franchise guard to pair with Killian Hayes, but ultimately go with a two-way big that is oozing with potential.

Most will pin Gonzaga point guard Jalen Suggs here, but with Cole Anthony showing promise, I could see Orlando opting to go with Green. The 6-foot-6 combo guard averaged 17.9 PPG for the G-League Ignite right out of high school and projects as a primary scorer down the road. Couple elite athleticism with his shot creation and improving perimeter game, and it’s a homerun pick for the Magic.

Taking Suggs and moving Shai Gilgeous-Alexander to an off-ball/secondary ball-handler role would spell trouble for opposing defenses for years to come. The Gonzaga star’s ability to create offense for himself and his teammates will allow the Thunder to unlock their offensive upside. No-brainer selection for Sam Presti.

Since the conclusion of the g-league season, some have cooled off on Kuminga due to poor perimeter shooting (24.6% from three) and concerns over decision making. However, he still averaged 15.8 PPG and 7.2 RPG for the Ignite as an 18-year-old. As far as why the Cavaliers draft him, it’s simple: they need all the talent that they can get.

Who better for the Warriors to eventually replace Draymond Green with than the prospect who resembles him the most? Like the former, Barnes projects as a do-it-all type of guy at the next level; there are legitimate concerns about his offensive upside, but Golden State has made a living in putting their players in the best respective roles to succeed.

I could see the Raptors also taking Keon Johnson here, but with the possible departure of Kyle Lowry, Mitchell makes too much sense. The Baylor-product had arguably the best NCAA tournament in terms of improving draft stock. Mitchell plays with high intensity on both ends of the court and has proven that he can create his own shot and offense for teammates.

After getting Green earlier in the draft, the Magic add more talent into a crowded frontcourt. I’m a firm believer in Jonathan Isaac and Chuma Okeke, but Johnson may have a higher upside than both. Regardless, it’s evident that the Magic need talent all across the board.

After drafting Tyrese Haliburton last fall, the Kings need to get a wing that fits alongside both he and De’Aaron Fox. Wagner, who is a solid defender with growing offensive potential, is just what the doctor ordered.

Rest of the Lottery

The Pelicans should look to replace JJ Redick and add more perimeter shooting, and Kispert excels in catch-and-shoot situations and creating his own shot.

Pairing LaMelo Ball with a guy that projects as a plus-level defender at the next level is a theoretical recipe for success. Not to mention, Johnson would thrive in a situation where he is not needed to be a primary or secondary scorer.

Like Goga Bitadze in the 2020 draft, Sengun will need some time to develop and get acclimated to the NBA, but there is no doubt that the talent is there. Is anyone surprised that the Spurs are going with another developmental prospect?

Malcolm Brogdon and Caris LeVert are both under contract until 2023, and Moody gives the organization a security blanket for the future. Moody is one of, if not the best shooter in the draft and at the very least, the Pacers get a quality rotational piece.

Simply put, the Warriors don’t NEED anything. However, they opt to go with a solid rotational guard that could serve as the possible heir to Klay Thompson. Golden State should have no issues using Bouknight’s advanced scoring repertoire.

After drafting Cunningham, Houston elects to take a guard that can play on and off the ball while also utilizing solid defense. Cade and Kevin Porter Jr are the backcourt of the future in Houston, but Butler is the beginning of quality depth.

Sharpe came into form late in the season for the Tar Heels due to his high motor and defense,. For the record, that’s what the Rockets need to pair alongside Christian Wood. There are disagreements over whether or not his shooting will come along down the road, but Sharpe has enough interior presence to make an impact immediately.