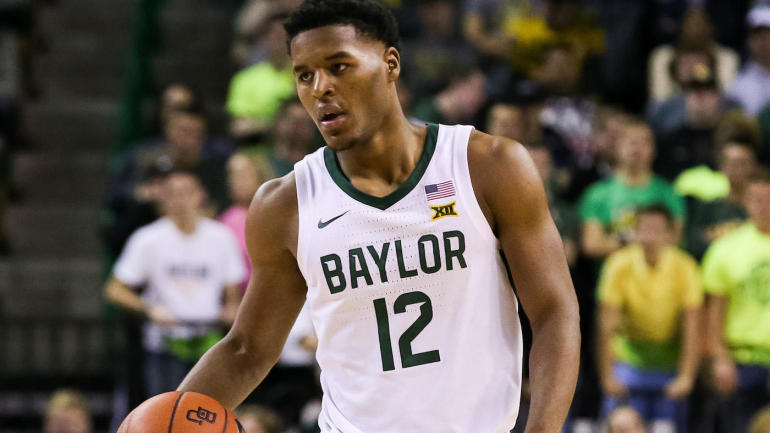 The NBA Draft is inching closer, as the lottery is set to take place on Tuesday evening. Regardless if the Houston Rockets end up with a top-four pick, they’ll still end up with three first round selections. Two of those picks are already determined; the 23rd and 24th picks are coming from Portland and Milwaukee, respectively. The Rockets haven’t made a first round selection since taking Sam Dekker in 2015. However, new GM Rafael Stone has already shown his ability to sniff out talent in unique ways: Jae’Sean Tate, Kevin Porter Jr, Armoni Brooks, Kenyon Martin Jr, etc.

The scouting department faces a pivotal task in putting together a successful draft. With a plethora of different prospects that warrant consideration, here are five that the Rockets should look at the most for picks 23 and 24.

Note: There is no guarantee that these prospects will be available when the Rockets make back-to-back picks.

To me, Butler is a no-brainer pick for me. In my full pre-lottery first-round mock draft, I have Houston drafting the Baylor product at 23. Recognized as a 2021 first-team NCAA All-American, he played a key role in the Bears’ national championship run. Butler averaged 16.7 PPG on 47/42/78 shooting splits, to go along with 4.8 APG and 2.0 SPG. Although he’s a tweener at the guard position, his skillset projects him as a solid rotational piece in the NBA.

It doesn’t matter who Houston drafts before, Butler is a definite take. The 6-foot-3 combo guard has a tremendous feel for the game and can score at all three levels. Defensively, he has lockdown potential due to active hands and a high basketball IQ. For the Rockets to start winning, they have to start bringing in players with skill sets that are conducive to winning. Butler’s path to success in the league likely comes as a three-and-D standout, like Jrue Holiday.

The Rockets should be looking to take fliers on high-upside guys, and Thomas epitomizes that description. One of the best pure scorers in the class, he averaged 23.0 PPG on 40/33/88 splits during his freshman season at LSU. Like Butler, Thomas is undersized to play the two (6’4), but his advanced scoring repertoire and above-average athleticism make him an exception.

Being able to create your own offense is one of the best skills to have for draft prospects. Although he needs to work on decision making and three-point shooting, Thomas projects as a three-level scorer. Houston won’t need him to come in and score 15 points per game right away, which will aid in his overall development. Electing to take a potential primary scorer is a move worth making for the Rockets.

Early in his tenure, Stone has opted to bring in high-motored athletes that compete on both ends of the court. This next player falls into that category.  Dosunmu was one of the most electric players in college basketball, resulting in NCAA first-team all-american honors. At 6-foot-5, the Chicago, Il. native averaged 20.1 PPG (49/39/78 splits), 6.3 RPG, and 5.3 APG.

Size and versatility allow Dosunmu to play as a primary ball-handler or off the ball. He has shown growth as both a facilitator and perimeter shooter, which were two of the top concerns surrounding his draft stock in past years. The Rockets can use all the talent and tenacity that they can get and Dosunmu would be a nice step forward in that direction.

If you go strictly off stats, drafting Garuba would be a head-scratcher. In three seasons with Real Madrid, the 6-foot-8 forward averaged a mere 4.7 and 4.6 points and rebounds per game, respectively. What the box scores don’t tell you is that Garuba is an active defender that can guard 1-5. Couple his defensive intensity with a 7-foot-2 wingspan and a growing offensive game, and it’s clear why his stock is rising.

Unless Isaiah Jackson is available, Garuba is an intriguing possibility for Houston. Having a versatile defender and one of the draft’s best shot-blockers coming off the bench would be a luxury. Not to mention, the state of the rebuild grants the Spaniard time to advance his offensive toolkit.

Christopher is a bit of a polarizing prospect among draft analysts. Concerns regarding his decision-making, cohesiveness, and perimeter shooting lead some to believe he could fall out of the first round. What isn’t debatable is that he’s a tremendous athlete with a fiery competitive edge. Christopher projects a plus-defender due to his active hands and effort.

The potential is there, that’s for sure. If the Rockets were to draft Christopher, it would squarely be off upside. Personally, I’m not worried about perimeter shooting as much as I am the cohesiveness with him. If Houston were to pull the trigger, the success of the pick would be determined by how well he can play without the ball. Like Jimmy Butler in a lot of ways, Christopher would bring toughness and scoring upside to an organization that needs both.

In this article:Houston Rockets, NBA Draft