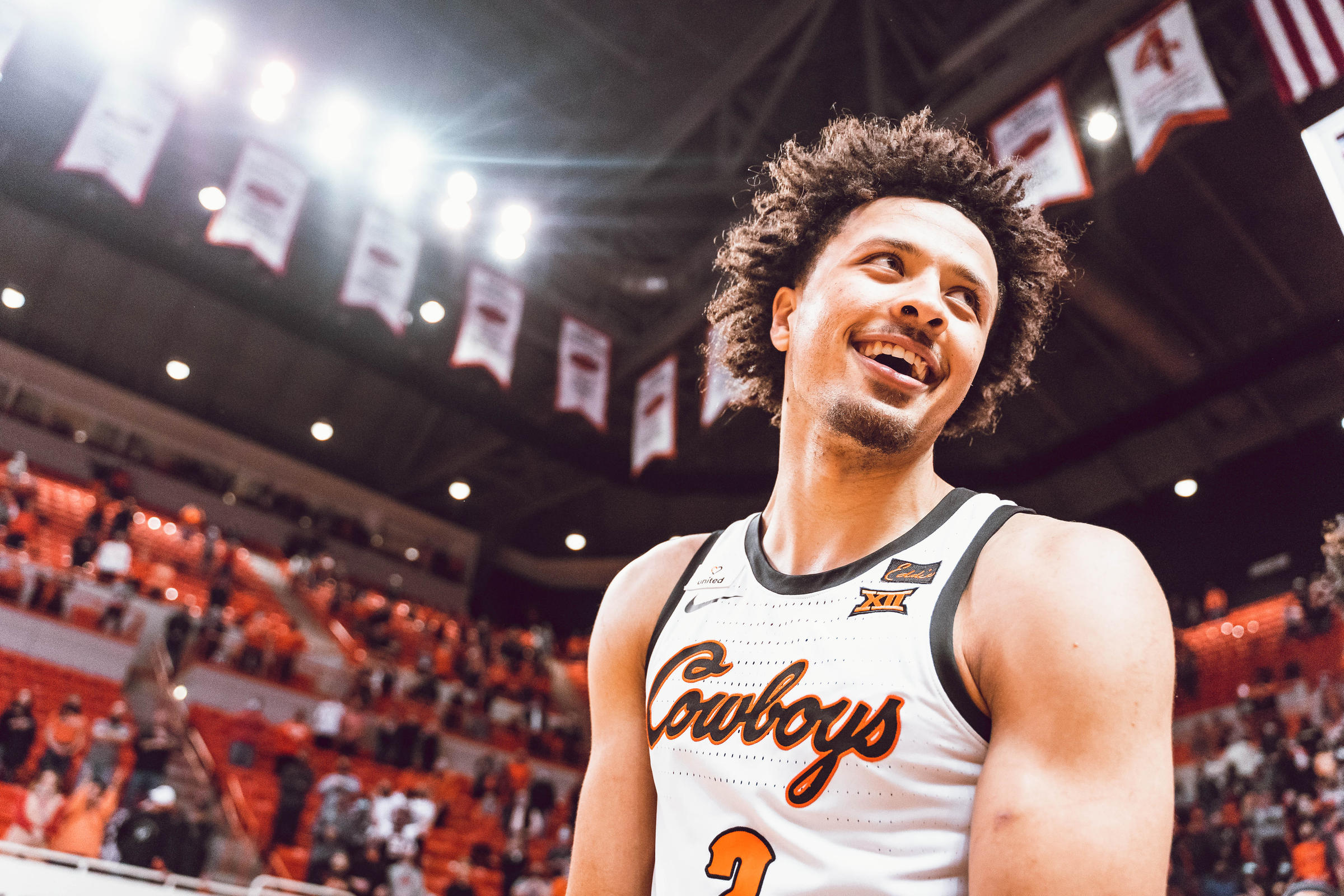 Tomorrow is the big day. The Houston Rockets will officially find out where they will be selecting in the 2021 NBA Draft. This is the first draft since 2012 that the Rockets will send a representative to the lottery, and the first time since 2002 that they have a legitimate chance at a top-tier pick. With the team in rebuild mode, getting that pick is extremely important to speeding up the timeline.

Unfortunately, it’s practically the flip of a coin whether or not they keep the pick. When trading away Chris Paul after the 2019 season, a top-4 protected pick swap for this season was included. That leaves the Rockets with a 47.9% chance that they get the No. 5 pick and lose it to Oklahoma City. As that selection gets closer on draft lottery night, it will be extremely nerve-racking to watch.

Leading up to the events of tomorrow night, we are continuing our weekly roundtable by asking some of our contributors their thoughts on the lottery as well as some other interesting NBA topics. Let’s get into it!

What’s your official guess for the position that the Rockets will get tomorrow night?

I’m on record saying the Rockets wind up with the 2nd overall pick. I’m sticking with that prediction because it seems like Houston has some weird karmic thing where they’ll always end up second-best.

I am going to be optimistic but temper my expectations considering the OKC Thunder pick swap. Hence, I am going to go with #3, even though I’m hoping the Rockets accelerate their rebuild and bring Cade Cunningham home at #1.

I’m going with the 5th pick to save myself from heartbreak. Realistically, the 5th pick happening isn’t the end of the world, as I have enough trust in Stone and Silas to scout well and pick players they are confident they can develop. I would love one of the top three though. Bring Jalen Green to Houston please.

I believe the Rockets will get either the second or third pick.

Was Hakeem Olajuwon the right pick to represent the team at the lottery, or should they have gone with someone else?

PERSONALLY, I have a bias towards myself wearing the ORCKETS jersey as the representative for the draft lottery, but I’ll put that aside. I don’t think there was a wrong choice and Hakeem has consistently been around for the Rockets the last several years. He’s always courtside, attending free-agent meetings, etc. so I like the choice.

Yes, absolutely. Even if the Rockets lose their pick to the Thunder, it’s always a great honor to have a franchise’s greatest player represent your team at the lottery. I couldn’t be happier that he still gives back to the organization so much, long after his playing days.

100%. Hakeem was the first-ever lottery pick and it’s only right for him to represent our franchise for this. Although, I was trying to campaign for the Rockets to send me instead, because I’m in New York City and I’d do it for free, so they could save some money. #EatAtLandrys

The Rockets are looking to start a new era, what better way to do that than to send the best player in the organization’s history to the draft lottery?

I was personally rooting for Yao, but Hakeem is objectively the best choice. Pretty cool that the best player in franchise history is still so involved with the team.

Going around the league, what are your thoughts on the recent news that has been coming out?

Honestly, it seems to me that the Rockets are in a perfect position to capitalize on these types of situations. Maybe not necessarily Luka Doncic or Zion Williamson, but there are going to be unhappy players. There are going to be teams that come to a crossroads with franchise cornerstones and the Rockets have amassed a multitude of picks and swaps that could be part of a package for one of those situations.

In many ways, the player empowerment era in the NBA is both a blessing and a curse. On one hand, star player movement can derail your favorite team in an instant (see Exhibit A: The Houston Rockets). However, it can also make a middling team a competitor overnight (see Exhibit B: The Brooklyn Nets). Fans romanticize about the NBA of yesteryear before this era, but the reality is even then there were truly only a few teams that competed for a championship, and even fewer that won.

Furthermore, those competing teams had much longer windows to win a championship compared to today. Player movement makes a team’s window shorter than ever, to the point that an NBA team may now only get one shot at truly competing for a championship. The window for the Lakers may have closed already, and if the Nets don’t bring home a ring next season, both of those teams could implode much like the Rockets. It’s painful to know that your franchise player could leave in an instant, but it can strangely improve the league’s competitive balance.

It makes me excited for this offseason and next season. The landscape of the NBA is about to be COMPLETELY different again and it is going to open up many opportunities. The Mavericks being completely dysfunctional was fun to see too after being clowned by Mavs fans all season.

If anything has been shown to us, it’s that title windows don’t last long. Things change in an instant in today’s NBA and Rafael Stone opting to trade James Harden for the boatload of picks was the right move.

I’ll start with the Mavs stuff. People become coaches or general managers solely for the opportunity to work with someone like Luka. The fact that both Carlisle AND Nelson are stepping away from that shows me that there’s something seriously, seriously, wrong in the Mavs’ front office right now. And as a Rockets fan, you absolutely love to see it.

As for the playoffs, I feel like there are a lot of conflicts of interest for Rockets fans right now. Practically every team has connections to the Rockets in some way – whether that be a former player or just a rival. I was rooting for Harden and the Nets (sue me), but there are a lot of ways the next few weeks can go that will leave a bitter taste in my mouth.

How will you be watching (or not watching) the draft lottery tomorrow?

I’m more than likely going to be live streaming the draft lottery, which terrifies me. Whoever is watching is going to get real, raw emotion from me. It could be terrible. It could be AMAZING. It could be an absolute mess. Whatever happens, I’m probably going to need a drink…

From Sam Presti’s home in the event the Rockets fall outside of the top 4.

I’m doing a watch party on Spotify Green Room with @ItzJustZeke! Come join, and we will do a Therapy Session or Party the day after as well.

Honestly, I’m debating on even watching it. My nerves are already shot and it’s not even Tuesday.

Live on the Launch Pad Podcast! More details to come, but everyone be sure to listen in as fellow Apollo Media contributors and I either celebrate together or wallow in misery…Should be great!

As you can see, there are many ways to watch tomorrow’s lottery with your friends here at Apollo Media. Whether you follow along live with Zach, Neema, or Taylor, or you prefer to watch in the fetal position (like I will likely be doing), try to enjoy the night. Hopefully, we will be celebrating during the next roundtable in a week. See you then!