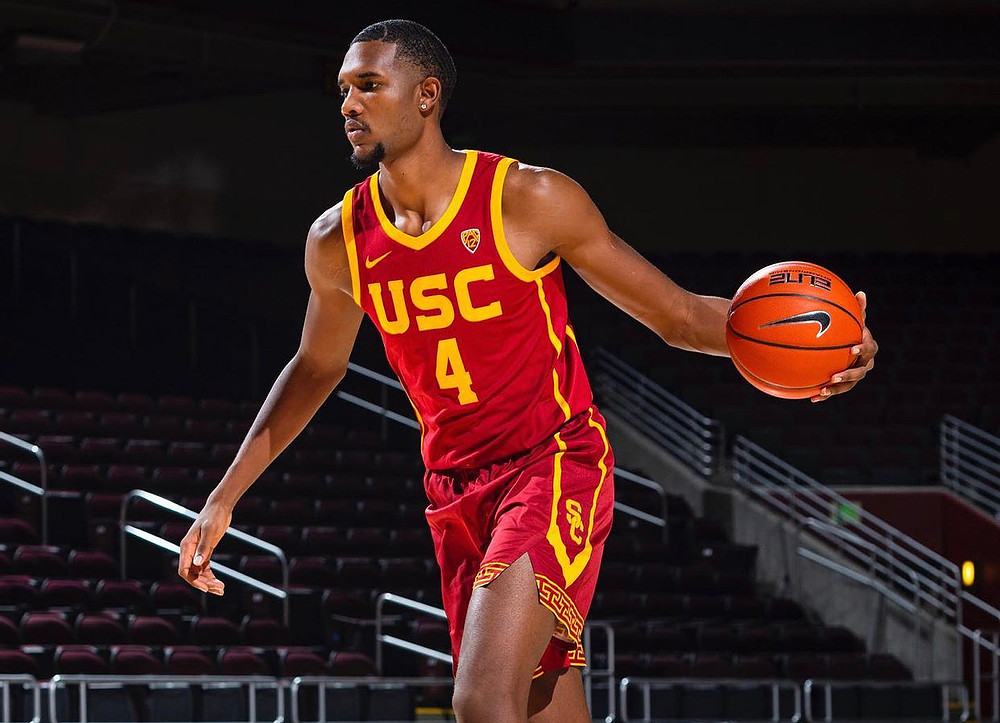 A week ago today, the Houston Rockets mercifully kept their own pick after getting the No. 2 pick in the upcoming NBA Draft. In one month, they will be selecting in said draft, bringing on a ton of discussion amongst Rockets fans on who should be selected with the pick.

We wanted to continue our roundtable discussions by checking in with some of the Apollo writers (including myself, this time) on some initial thoughts on options for the Rockets at No. 2. Let’s get into it!

Who should the Rockets take at No. 2?

For the record, I’d be fine with either Jalen Green or Evan Mobley. With it being a guard-driven league, I’m going with Green due to his primary-scorer potential.

While I don’t think there’s a partially wrong choice for the Rockets at No. 2, I think they should select Evan Mobley. His defensive prowess would be beneficial for a team that needs a strong defensive presence. At seven feet tall housing a 7’4 wingspan, Evan Mobley had the third-best block per foul ratio in the entire NCAA at a whopping 1.638 (2.9 BPG/1.8 FPG). That’s remarkable! In comparison, Rudy Gobert led the NBA this past season in that statistic at 1.165 (2.7 BPG/2.3 FPG). The amount of discipline Mobley contains along with his size, wingspan, and mobility guarding each position could very well lead him to be one of the best defensive anchors in the NBA very soon.

For people worried about a two-man frontcourt of Wood and Mobley on the offensive end:
Silas ran a two-big lineup in Dallas containing Porzingis alongside Maxi Kleber or Dwight Powell that was very successful efficiency-wise.  The frontcourt lineup of Christian Wood and Kelly Olynyk also worked well for Silas this past year as well, with Olynyk putting up career numbers in his half-season with the team. The combination of two bigs who can both space the floor, which Evan Mobley does well along with facilitating and scoring in the paint, should prove to be successful for the Rockets’ offense going forward.

For me, it’s Evan Mobley. The size, athleticism, ability to protect the rim or guard on the perimeter, and the offensive skillset are too much to pass up. I think Rockets fans who are worried about building around a Center are thinking of the league and Evan in the wrong way. Mobley has the potential to be a matchup nightmare on the offensive end because you cannot hide players on him defensively. Slower bigs won’t be able to keep up with him on the wing and smaller wings won’t be able to stop him in the paint. I love Mobley and absolutely think he can be the best player on a championship team in Houston down the line.

I recently wrote a piece for Apollo comparing Jalen Green and Evan Mobley. This is an extremely tough decision, but overall I came to the conclusion that I would go with Evan Mobley. His two-way potential is too tough to pass up on right now, especially with defense being a huge issue last year (as well as many other things).

Predict the top 5 picks in the upcoming draft.

I have it going chalk. Cunningham, Mobley, Green, Suggs, Kuminga

Should the Rockets look to move up by packaging their two picks in the 20s?

An interesting idea would be Houston trading 23, 24, and Milwaukee’s 2023 first to try to get into the back half of the lottery.

If the Rockets are extremely high on a player that may go in the late teens, like Tre Mann for instance, then I think they should go for it. However, I’d prefer them to keep their two picks due to the plethora of talent in this upcoming draft. Nonetheless, I think Rafael Stone will make the right decision for the future of the franchise.

I wouldn’t. I’m not wild about Cade Cunningham. I would’ve gladly taken him had the Rockets gotten the number 1 pick, but his lack of athleticism and his turnovers bother me enough that I wouldn’t give up the other picks just for him in a draft this deep.

I think that the Rockets have plenty of options here. However, I’m not sure that it’s worth moving up into the late lottery in a draft that has plenty of talent throughout it.

Should the Rockets consider trading the No. 2 pick? If so, what does a potential deal look like?

The Rockets shouldn’t consider trading the pick unless they receive a young star in return.

The only instance the Rockets should trade the No. 2 pick is if they trade down to No. 3 in a swap with Cleveland involving extra picks for Houston to obtain. Mobley and Green are both phenomenal prospects. If Stone is content taking the remainder of the two players at No. 3, then trading from 2 to 3 while obtaining future assets would only be a plus for the team.

Absolutely not. There’s no one available that you can add and put this team in a position to win immediately. This is going to take a couple of years at least and now is the time to develop a young, flexible team so that you can add the stars to take it over the top later.

I think the Rockets should hold onto their pick unless Detroit comes calling. They have reportedly shown lots of interest in Jalen Green, but I suspect that could just be a smoke screen. If the Pistons aren’t sold on Cade, though, the Rockets should see what it would cost to move up.

Describe your reaction to hearing that the Rockets were in the top 4 on lottery night.

When I heard that the Rockets would keep their pick, I instantly let out a sigh of relief and started laughing.

That entire day was full of emotion. From 7 a.m. when I woke up to the minute the lottery started winding down the picks from 14, I couldn’t bear to see OKC steal the Rockets pick. My heart was seemingly racing profusely right before the fifth pick was announced, but when I saw NBA Deputy Commissioner Mark Tatum announce the Orlando Magic as the fifth pick, I was finally able to alleviate my stress:

“LETS GOOOOO” I screamed a few times while jumping in the air and pumping my fist.
OKC stealing Houston’s pick would have been a disaster. For the Rockets to come out of the lottery picking second in the draft is a great accomplishment for a young team just starting their rebuild.

I yelled “LET’S GOOOOOOOOOOOOOOOO,” tweeted that, put it in every Rockets-adjacent group chat I’m in, and then called my dad to say it to him on the phone.

I was barely able to watch the lottery. That count down from 14 was absolutely brutal, but seeing the Magic get No. 5 was instant gratification. I’m pretty sure I yelled “TOP-4!!!” in my apartment, and gave a fist pump. The best was yet to come, though, when they got the No. 2 pick.

Thank you for everyone who participated this week! We’ll be back with another roundtable soon!