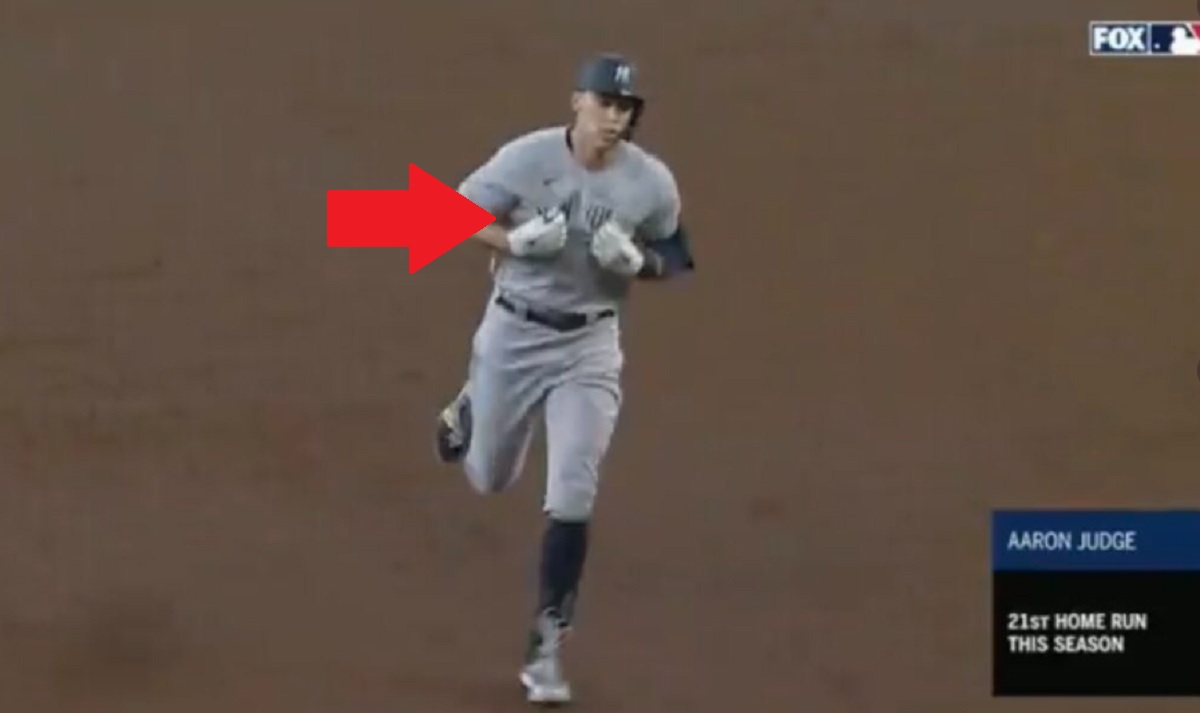 The streets are asking this question just 48 hours after a cold front randomly blew through Minute Maid Park over the weekend. We all saw Aaron Judge, the runner-up in the MVP race in 2017, hit a home run and then while rounding the bases decided to bundle up. Now as it is 100 degrees in July in Houston it did seem fairly odd that someone would cover up their jersey after a home run as if they were hiding something. So I begin to dig and see if I can uncover why a runner-up MVP would do such a thing. I first started on Reddit because it’s the only truthful place for news and only verified information is posted at all times.

WHAT I FOUND WAS SHOCKING

This wasn’t the first time Aaron Judge jinxed the New York Yankees. In fact, there is a pattern of this behavior and it is quite concerning for the runner-up to the MVP.

In 2018, a year after getting 2nd place in the MVP Race, Aaron Judge wanted to play a certain song in Fenway Park after tieing the series 1-1 in the ALDS. Then the Red Sox won 16-4 and 4-3 to end the Yankees season.

Then this weekend we saw Aaron Judge bundle up and mention in his press conference that MMP got cold this time of the year. It also inspired big boy Gary to throw on a jacket, and Odor handing out jackets to his teammates.

Once again the Jinx of Aaron Judge flared up like a bad cold sore. Jose Altuve hit a walk-off home run and no one is talking about the Yankees stealing a series.

So I ask this simple question.

Does Aaron Judge have a jinx problem?