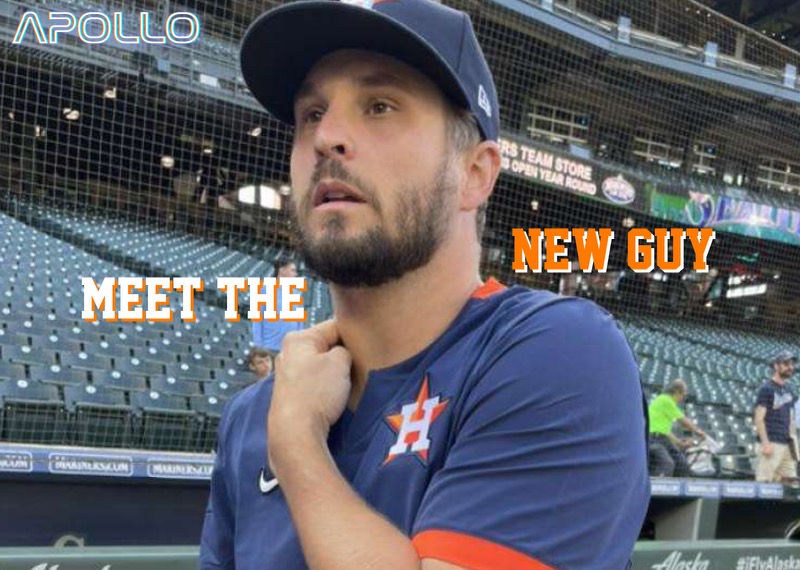 James Click made his first big move of the deadline midday on July 27th, so now we have a couple of new Astros in the clubhouse! The Seattle Mariners sent Houston 17 of their 29 saves this year by the likes of Kendall Graveman & Rafael Montero, in return for Abraham Toro & the corpse that is Joe Smith. I’ll make sure to introduce y’all to Rafael if he makes it past 4PM on Friday, but for now let’s focus on the power reliever we’ve all been wishing for: Kendall Graveman.

Graveman, a 30-year-old righty who’s been in the league since 2014, started his MLB path with a brief stint in Toronto, a few years in Oakland, then Seattle, and now finds himself in Houston. He began his career as a Starter before eventually transitioning to the bullpen, where (if we’re being honest) he’d been serviceable at best… that was of course until he was bitten by a radioactive dirt dauber that turned him into a freak of nature on the mound! Seriously, this dude is having the season of his fucking life, I’m not sure what adjustments he made this off-season, but he’s obviously figured it out. Just take a gander at how absolutely bonkers this year’s numbers are: 30 appearances – 4-0 record – 10 saves – 34 strikeouts – 0.82 ERA – 0.70 WHIP. He hasn’t allowed a run in his last 12 appearances & only has 3 earned runs ON THE ENTIRE SEASON. Dude is out here kicking ass & taking names.

So, what’re we going to be seeing from this guy? After getting rid of the Cutter, he was left with 4 different pitches in his arsenal that have come to complement each other like instruments in a symphony. There’s the plus Changeup that he tosses at about 90mph, which has some natural downward action to it & looks very similar to his fastball off the hand. The two-plane movement from his Slider allows him to control the left side of the plate by generating a shit-ton of swings & misses. His nastiest pitch is the Sinker; the pitch has an arm-side bite, which provides him with command of the right side of the plate, plus the thing is hurled at a disgusting speed of 97mph which makes it damn-near unhittable. Top all that off with a 98mph 4-Seamer at the letters and you’ve got yourself one hell of a hill to climb as a hitter. One of the things that makes him so damn hard to hit is that batters don’t even see the ball till it’s already on the way; Graveman leads with his glove & torques the hell out of his frame on the mound, which allows him to drag his arm behind his delivery to hide his release point for longer than most. Split-seconds matter in baseball, especially when pitches are coming in at upper-nineties with movement…

I think everyone can agree that the bullpen has been a major question mark for the Astros this season, and we all know playoff games are won from the 6th inning on, so it’s nice to see that hole get patched up a bit. We all pleaded Click to go get a high-leverage reliever, and by golly he got one for a couple guys that might not have even made the postseason roster. I can’t wait to see what kind of wizardry that this guy will be able to conjure up once Strom gets his hands on him. I’m stoked, Houston should be stoked, we got our guy. However, all Houston’s major assets remain untouched, and the front office said that they’re not done just yet, so I hope everyone is buckled up for the Astros yearly trade deadline extravaganza. For now, welcome to Houston Kendall, we’re happy to have ya here. Let’s go get a ring.