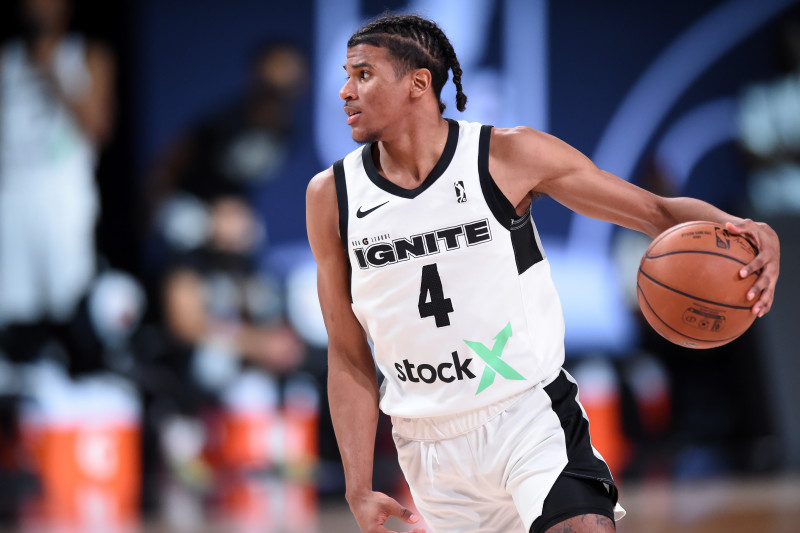 The day has come, Rockets fans. The NBA Draft is finally upon us and we will get to see tonight who the Rockets select with the No. 2 overall pick. While the likely choice and possibility is Jalen Green in that spot, the draft can be unpredictable, so anything is possible.

Will the Rockets make some trades tonight? Who will they take later in the first round? We assembled a great team of Apollo contributors for this special draft day addition of the Rockets roundtable to give their opinion to those questions and more. Let’s get into it!

The draft is nearly here. Who are you taking at No. 2?

Jalen Green. He’s clearly the pick the Rockets are comfortable taking at No. 2 after having their trade offers rebuffed by the Detroit Pistons and trying to move up to the No. 1 spot.

Jalen Green. I was one of the early ones on Green Island and I am finishing what I started. I think he has the playstyle, demeanor, and star power to lead the franchise for the next 7+ years.

To be honest, I’m fine with either Evan Mobley or Jalen Green, but I’m firmly in the GreenGang.

I’m taking Green. At this point he’s shown he wants to be here, he has a good relationship with KPJ and he’s a top talent. Top-tier work ethic was what ultimately sold me on him over comparable prospects.

Picks 23, 24 and Eric Gordon to the Indiana Pacers for pick 13, Jeremy Lamb and Edmond Sumner. I keep coming back to this trade (or some version of it) because there has been so much smoke between the Rockets and Pacers already. Clearing Gordon’s deal and jumping up 10 spaces would be huge.

Pick No. 23, Danuel House, and WAS 2023 (T14 protected) pick for Cam Reddish and pick 48. I am very high on Cam Reddish and think he has a very good skill set if he can stay healthy. Atlanta wants to delay their cap situation from getting out of control and House is on a very manageable contract.

Everyone is talking about the Indiana package, so I will offer a different package.

Rockets have shown interest in trading up, Pels rumored to want to trade further down. I’d do this trade if Jalen Johnson, Moses Moody, or any of those guys were slipping. I’d target guys like hometown favorite Quentin Grimes, Miles McBride, or Bones Hyland at 35.

If the Rockets don’t deal picks 23 and 24, I’m really hoping some combination of JT Thor, Tre Mann, Trey Murphy and Jaden Springer are available. Any combination of those players would be a win in my book.

My ideal picks at 23 and 24 would be Kai Jones and Jalen Johnson. I feel like both of these players have very high upside and with the Rockets going into the first offseason of the rebuild, now is the perfect time to take two big swings. Kai Jones is a high motor center prospect who has a diverse skill set despite only starting playing basketball a few years ago. Johnson showed some very intriguing flashes during his short time at Duke, and reportedly off-court issues may cause him to drop. The Rockets could bank on coach John Lucas to wrap his arm around Johnson the same way he has for Kevin Porter Jr. and try to get him back on track.

The perfect scenario would be Jalen Johnson and Jaden Springer. Would be ecstatic with a combination of one of the wings: Jalen Johnson / Usman Garuba / Trey Murphy III / Ziaire Williams / JT Thor; paired up with one of Jaden Springer / Jared Butler / Tre Mann / Miles McBride (both lists are in order).

I do NOT want to see the Rockets take Sharife Cooper or Cam Thomas with either of their late firsts. Cooper’s lack of shooting is concerning, and Thomas’ willingness to shoot *anything* is also a concern for me.

The first player I would not want to see the Rockets draft is Sharife Cooper. I think he is a great player and an incredible playmaker, but I would like to try and build around larger defensive-minded guards with those later picks due to a likely KPJ-Jalen Green pairing. The second player I wouldn’t want to see the Rockets draft would be a trade-up for Sengun. I worry about Sengun getting played off the floor defensively at the highest levels of playoff basketball despite how great of an offensive player he could become. I also think that much equity could be used better on a different player.

I wouldn’t want the Rockets to draft Chris Duarte, Ziaire Williams, or Trey Murphy with picks 23 or 24.

I’m really down on Sharife Cooper, Keon Johnson, Dosunmu, Davion Mitchell, and Chris Duarte. The first 2 because I think shooting is key. The last 3 because I think we should shoot for potential and I believe that’s pretty limited on both.

Be sure to tune into the draft tonight at 7:00 p.m. CT to see who the Rockets select! It should be a fun night.

In this article:Houston Rockets, Jalen Green