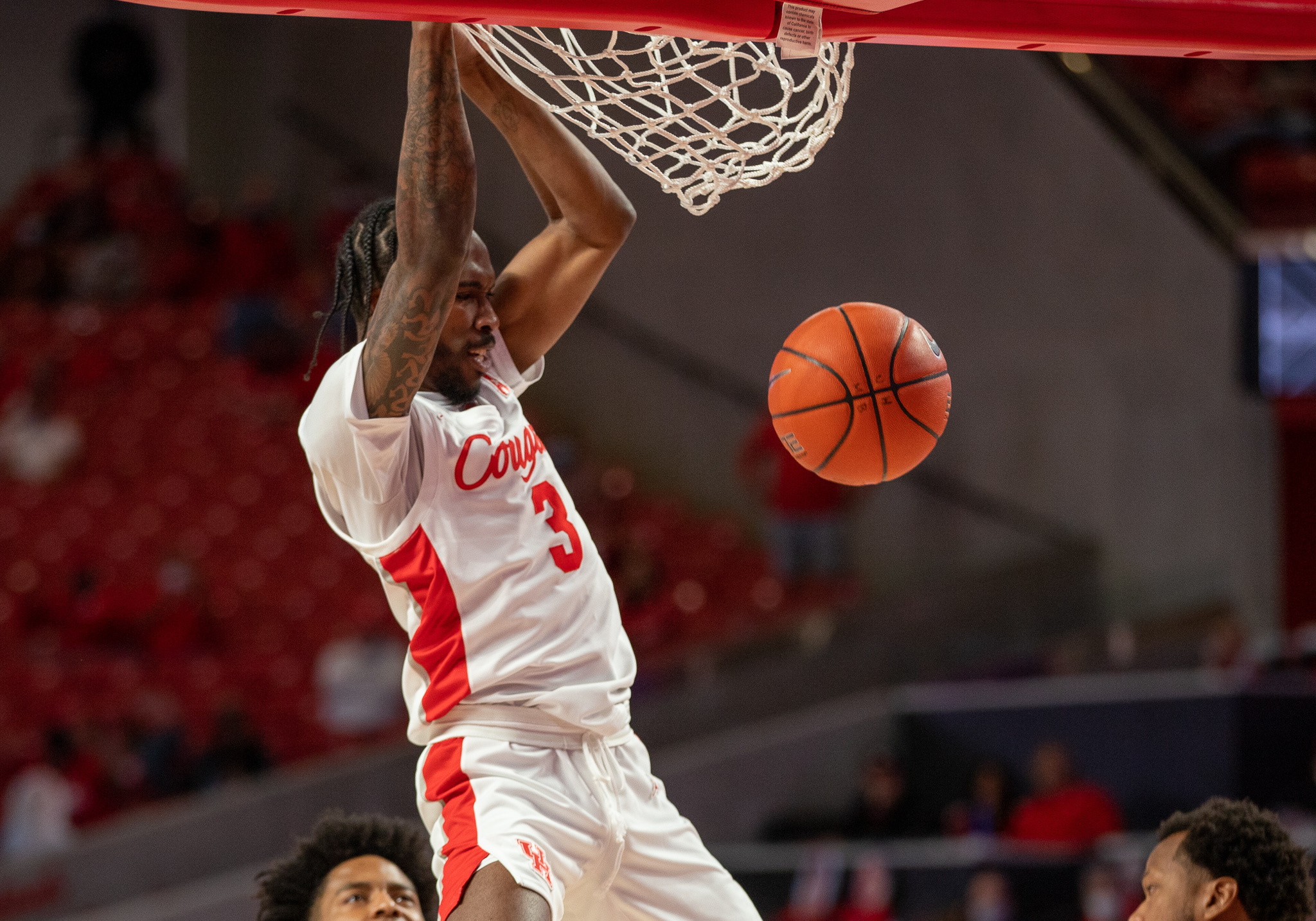 University of Houston guard DeJon Jarreau throws down a slam dunk in a game during the 2020-21 regular season at Fertitta Center. (Andy Yanez)

Former University of Houston guard DeJon Jarreau has signed with the Miami Heat as an undrafted free agent, according to Jarreau’s social media pages.

Any specifics on the deal details has not yet been announced.

The New Orleans native had a strong senior season to end his run with the Cougars, averaging 10.6 points, 4.3 assists and 5.4 rebounds per game in the 2020-21 season.

Jarreau was named the 2020-21 American Athletic Conference Defensive Player of the Year and 2021 NCAA Tournament Midwest Regional Most Outstanding Player as he helped UH make a Final Four appearance.

During the quarterfinals round of the AAC Tournament in March, Jarreau tallied a 15-point, 10-assist and 10-rebound triple-double against Tulane, which made him only the seventh player to do that in program history and first since Bo Outlaw in 1993.