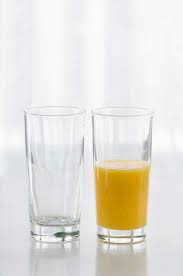 Let me preface with this, I KNOW AND UNDERSTAND WE ARE IN THE DOG DAYS OF SUMMER. But this is a question that has to be asked right now.

From the clubhouse to the fans in the stands, it feels like we have hit the wall of a 162 game season. The sense of urgency by the fanbase and the team right now makes my skin crawl. IF I SEE ONE MORE DAMN TWEET OR POST ABOUT WELL 2017 AND THE 2019 TEAM, THIS… THIS IS A TOTALLY DIFFERENT TEAM; WE ARE NOT THE YANKEES; WE DON’T RELIVE THE GLORY DAYS AND SHRUG OUR SHOULDERS AND SAY WE WILL SHOW UP IN SEPTEMBER. THAT IS NOT HOW ANY OF THIS WORKS. I am about to lose my mind when I see this every day. On top of all this, the crowd at MMP seems flat and has zero situational awareness at times. Every single game where myself, Spaceman, and LaLima have gone to and have gotten rowdy the absurd looks we’ve gotten by people in the stands because we are getting up to cheer and yell in big moments is outrageous. Look at every contender outside of Tampa and Oakland because no one shows up for the games, every other crowd is ELECTRIC. They are engaged play by play and are providing JUICE to the players from the stands. It is a real thing that players feed off, and I am not saying the juice when the jumbo screen tells you to get loud. I am talking about knowing the game just a bit and getting pumped as the chess match on the diamond is unfolding. I feel at times MMP lacks this, and that might just be a byproduct of the success that comes with the 5 years we have had, but I tell you what, in Boston, they aren’t sitting on their hands, in New York, they aren’t sitting on their hands. That is the hard truth, and you can cuss out ole Dez for saying that I can handle that, but it needs to be said.

THE CROWD LAST NIGHT AT MMP WAS DOING THE DAMN WAVE WHILE JAKE MEYERS IS IN IMMENSE PAIN AFTER FOULING OFF A BALL OFF HIS KNEE!!! WHAT ARE WE DOING HERE !!! READ THE ROOM, BABY!!

So my challenge to the fanbase is this.

Can you provide the juice down the stretch?

Now shifting focus to the team, George Springer was the juice for this franchise, and no one has stepped up into that role.

How often did we see George hit a clutch bomb and act like a little kid around the bases and fire up the team and city? Here is what he is doing in Toronto.

LOOK AT THAT REACTION FROM THE BOYS, LOOK AT GEORGE ROUNDING THE BASES WHEN HAVE WE SEEN THAT OUTSIDE A WALK-OFF HOMER?!?

Carlos Correa has Super Saiyan leveled up with embracing becoming the villain. Lance McCullers Jr. brings the juice, but it’s every 5th day. Altuve, Brantley, Yuli, Yordan, Tucker all fall into the category of “speak softly and carry a big stick”. So we are stuck in this vacuum vortex that was provided by George Springer for a decade and had no backup plan. Is it the return of Alex Bregman who will provide the juice? Is it one of the others stepping up outside of Correa and LMJ to add the juice? Is it the fanbase taking back this relaxed country club feel MMP falls victim to?

What do we do to bring back the Juice in the Juice Box? We need to figure this out.