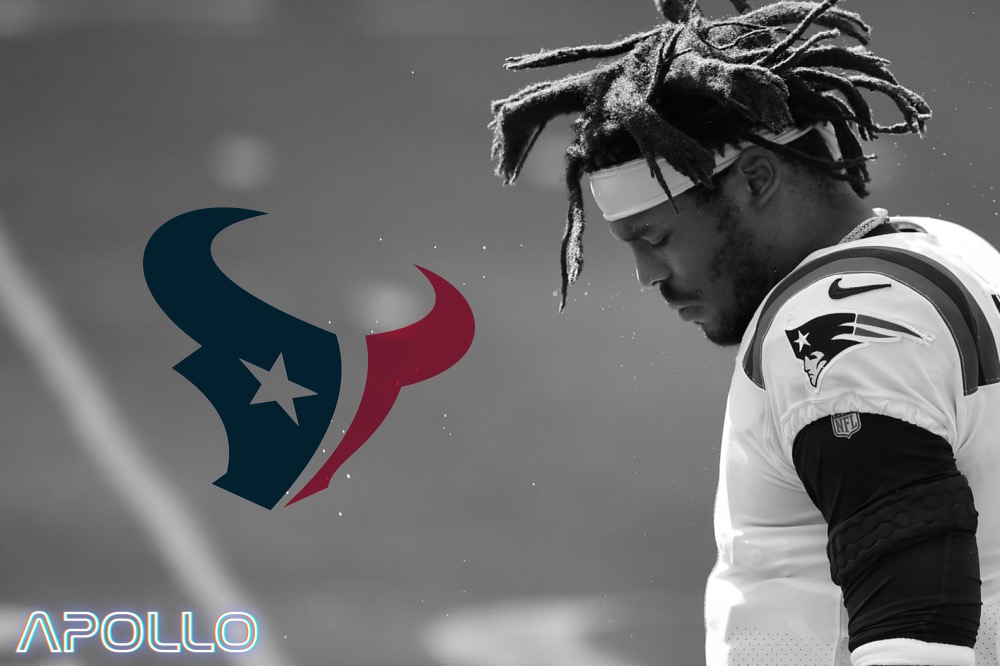 The NFL free agency market gained a premier prospect Tuesday morning when the New England Patriots announced the release of former MVP, Cam Newton – Newton, who’s undoubtedly coming off the worst season of his career, now hits the open road in search of a new home. So, should the Texans take a shot on Superman? It would make sense. The Texans currently have about $10.5M in cap space to play with, plus there are preexisting organizational ties; Texans new General Manager Nick Caserio played a huge part in bringing Cam to New England last year while serving as the Patriots’ Director of Player Personnel. Cam was obviously on a down year last season, but his numbers weren’t abysmal: Nearly 600yds rushing & 2,700yds passing with a 66% completion rate while starting 15/15 games. That stat line is going to look a hell of a lot better than anything the Texans can field.

As it currently sits, the Texans’ quarterback room is a flaming dumpster fire. Rookie David Mills has shown flashes of raw talent, but with an injury history that only allowed the kid to start 11 total games at Stanford, he’s still miles away from being ready to functionally operate an NFL offense. Tyrod Taylor… is a good backup. Let’s face it, the guy only has 36 passing attempts over the past 2 seasons & there are tons of glaring reasons why he still hasn’t been named Houston’s week 1 starter. Then there’s the whole Deshaun Watson fiasco, which has effectively forced the Texans to allow $10.45M to dilly-dally on the sidelines. Cam’s been continuously vocal about his belief that he deserves to be a starter, a standpoint that’ll likely narrow his pool of potential suiters dramatically. There’s only a handful of teams that can grant the 32-year-old’s QB1 wish, and no team can slot him into that position faster than the Houston Texans.

Bringing in Cam Newton also could present the front office with a unique opportunity to wipe their hands clean of everything revolving around DW4. If Caserio can convince Cal & Jack that Cam is a valuable enough asset, perhaps they worry less about saving face & lower their asking price for Watson. Look, Cam isn’t leading this Texans team to a Superbowl, but he’s one hell of an athlete & he’s leagues better than anything else Houston has to offer. The Texans have the money, they might as well pay this guy $3-4M to bring a veteran presence into their highly dysfunctional locker room & take care of the 2021 season. Seeing Cam walk through the tunnel in NRG wearing that Steel Blue would genuinely get me excited to watch some Houston Texans football. I miss that. Pull the trigger & go get em’ Nicky C. #BringCam2Houston