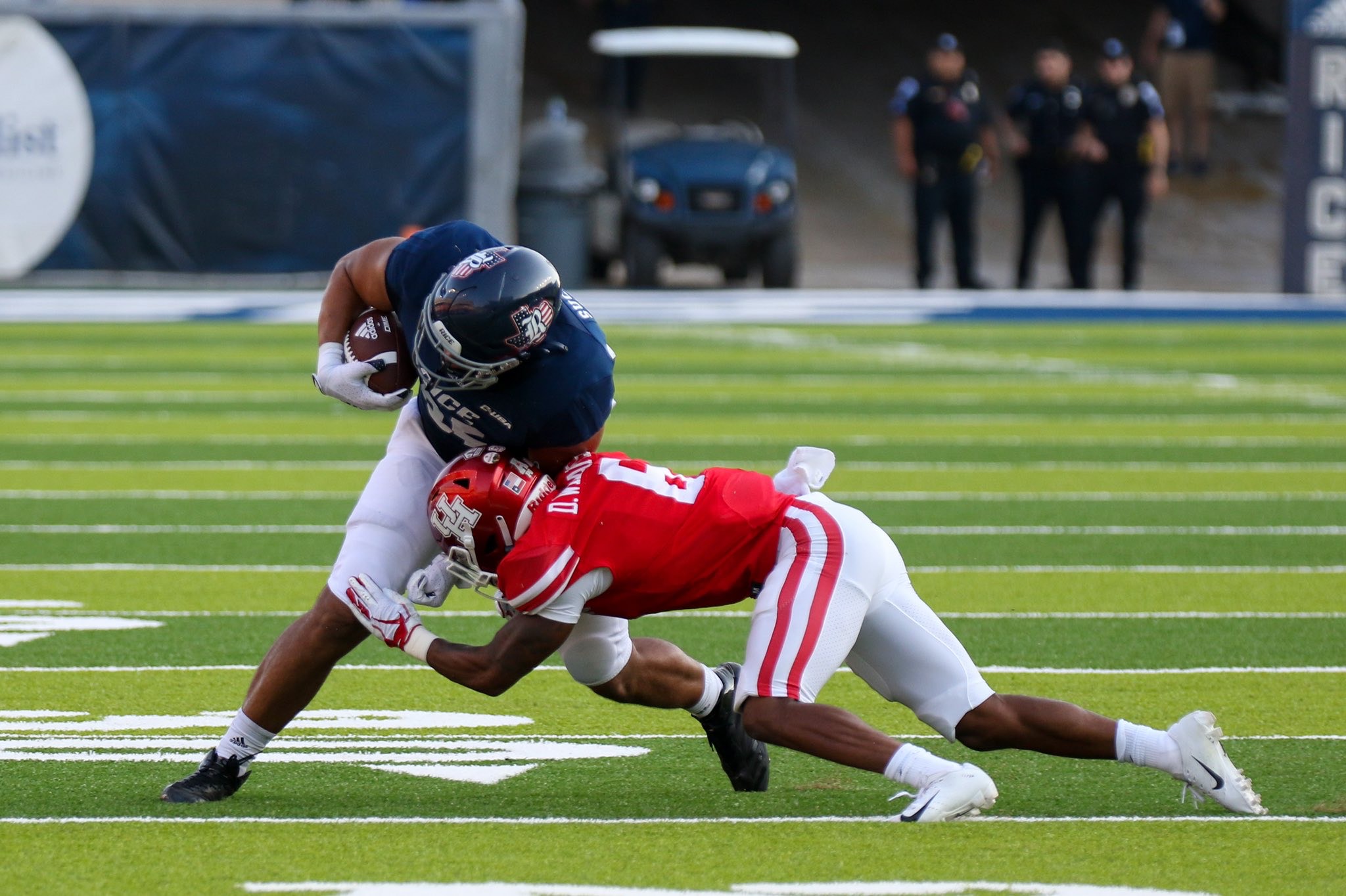 “I felt like I had to step up and carry the momentum for our team,” Dell said. “And then everyone, once I did, got on the same page as me. With Clayton out, I was practicing with Ike [Ogbogu] throughout the week, so I was already comfortable with him.”

The game against the Tigers got off to the most unorthodox of starts when junior quarterback Clayton Tune threw an interception and then on the next drive suffered an “undisclosed injury” that kept him off the field for the rest of the night. The team never gave any specific information on Tune’s injury.

The Cougars (2-1) turned to junior quarterback Ike Ogbogu and after initially struggling to move the ball against Grambling, under both Tune and Ogbogu, the offense got things rolling with a 16-yard touchdown reception from Dell that put UH on the board. It was Ogbogu’s first touchdown pass in his collegiate career.

“It felt amazing really after [the play], just congratulating the guys on the good drive [and] then looking up in the stands and seeing my family and friends up there. It meant the world to me for them to see me succeed on the field,” Ogbogu said.

Dell ended up being Ogbogu’s top target as he finished with two touchdown catches to go along with 134 receiving yards. While the slinger of the football might have been different, Dell said he prides himself in being a go-to target any time he is on the field.

“I don’t feel no pressure, I think I am built for it,” Dell said. “I love being the favorite to the QB’s and stuff.”

Ogbogu was also aided by McCaskill’s performance on the ground. He followed up last week’s three touchdown performance against Rice with 114 rushing yards on 16 carries and two touchdowns against Grambling.

“He’s a pretty good player, sheesh,” Holgorsen said. “He looks different out there. He looks better every week and he is going to look better every week … We knew we had a good one but he’s game ready as a true freshman week two. Week three he got better. That kid just keeps getting better.”

On the other side of the ball, the defense imposed its will on Grambling. After holding Rice to only seven points, 86 passing yards and forcing three interceptions, the UH defense shutout the Tigers.

The Cougars held Grambling to only 102 yards of total offense, which was the fewest yards they had allowed since 2016 against Lamar. UH won 45-0.

“These guys are playing their butt off and they play hard for Doug (Belk) and they’re well coached and we have depth, so, so far so good but it is going to get more challenging,” Holgorsen said.

With the win, the Cougars won consecutive games for the first time under Holgorsen. UH had not won back to back games dating back to the 2018 season.

“It feels good to have two in a row,” Holgorsen said.