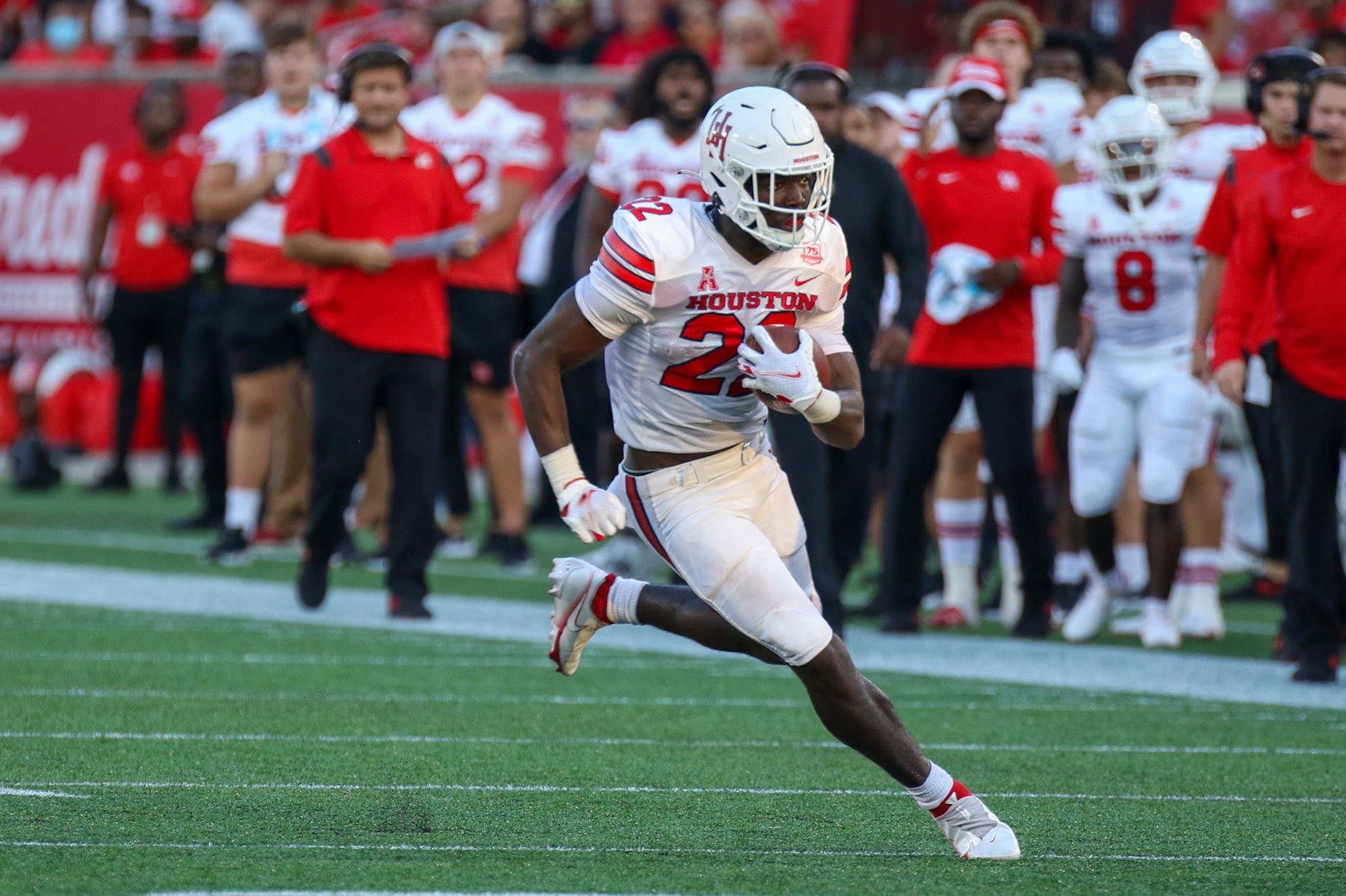 The University of Houston football team begins conference play against opposing American Athletic Conference foes on Saturday when it takes on Navy at TDECU Stadium.

The Cougars (2-1) are hoping to carry the dominance on defense from the last two outings against Rice and Grambling State against the Midshipmen. In those two games, UH held its opponents to only seven points, 314 total yards of offense and four takeaways.

“These guys are playing their butt off and they play hard for Doug (Belk) and they’re well coached and we have depth, so, so far so good but it is going to get more challenging,” head coach Dana Holgorsen following last Saturday’s win against Grambling.

Early in the season, the UH defense has taken pride in being the most physical unit on the field and has aimed to control the flow of the game each time out. The defense has adopted one word for the season—ruthless.

“The word ruthless, for our defense, is kind of a way of life,” senior defensive lineman David Anenih said.

Against Texas Tech, the Cougars were able to do that for much of the first half, and for a good portion in the second too, but on the plays when they didn’t, the Red Raiders made them pay, Belk said.

In the past two weeks, UH has been able to polish up a lot of mistakes, but the level of competition, or lack thereof has also been acknowledged, at least Holgorsen did after the win against Grambling.

The Cougars’ defense will see a different challenge against the Midshipmen’s triple-option offense, which has struggled early in the season but its uniqueness always causes some difficulty, Belk said. The biggest focus will be discipline. If a player is just a little bit off on defense, Navy can make it pop for a long play, Anenih said.

Navy (0-2) has struggled to put up points in its first two games. Combined, the Midshipmen have only put up 10 points and have turned the ball over three times. In comparison, Navy’s opponents have combined to score 72 points in those outings.

As for UH’s offense, it is coming off a weird outing where starting quarterback Clayton Tune struggled to move the ball in the first quarter, then suffered an injury, which Holgorsen said was a re-aggravation of his hamstring injury he had hurt against Rice two weeks prior.

Instead, backup quarterback Ike Ogbogu took the reins and led the team with two passing touchdowns.

Tune practiced for the Cougars on Sunday and the team evaluated where he is at throughout the week, Holgorsen said.

“We’re still not there and we know that,” senior offensive lineman Kody Russey said. “We know we have a lot to improve on and so it’s good being 2-1 but we’re looking to get that next win this week.”

Two bright spots that have emerged on offense for the Cougars have been sophomore wide receiver Nathaniel Dell and freshman running back Alton McCaskill.

Houston will be looking to win three straight games for the first time since the 2018 season.