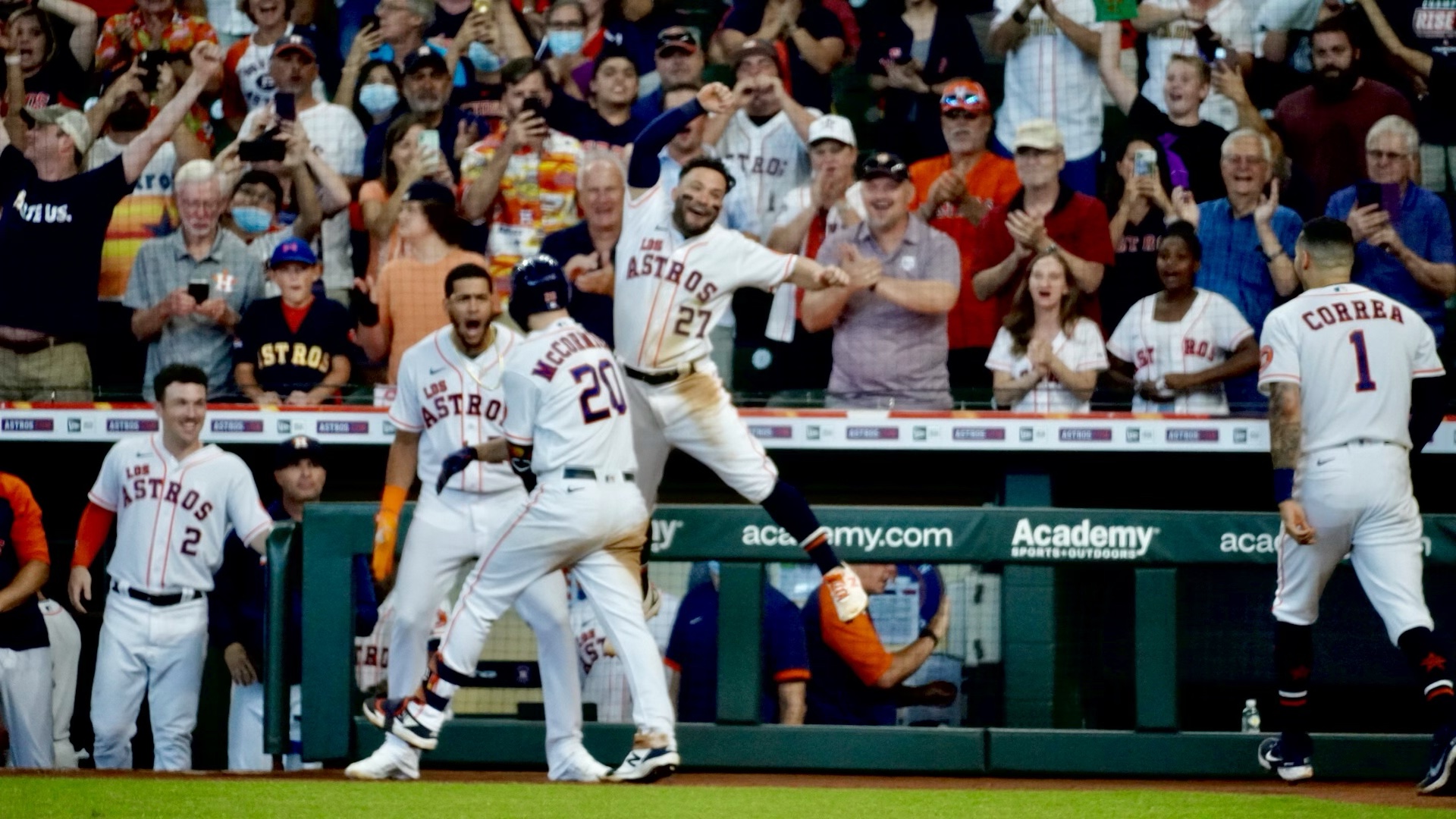 For the first time in a long time, it feels like we finally won a day game in 2021. We also saw what we have seen for the last 6 years, and this team doesn’t care if it’s down 10 or 1 run late in games; they have a knack to ruin your day in a blink of an eye.

If you blinked in the 1st inning or the 8th inning, you just missed the vet, and then two rookies step up late in a game to break the backs of the Diamondbacks, A’s, and Mariners on three swings. As the season comes to an end, each swing and pitch is magnified, especially by us fans; as irrational as that is, that’s what makes the September Sprint so great.

With Los on his chest, Los launched a boombah oppo taco, and I will die on this hill; when Carlos Correa is hitting the ball with power to the right side of the field, there is no better swing in the game from the right side. The guy is such a GOON at the plate, and the power gap to gap is special. Last year, I was preparing myself knowing George was walking, but I will not do that with Carlos. I think we resign him for the first mega-contract by the Crane ownership. There is no way you let a Carlos Correa walk.

Jose Siri has so much fucking SAUCE and JUICE. He is our Carlos Gomez. Our guy @midzee4 had this tweet and just nailed the perfect example of how to explain Jose Siri. Big boy clutch shit right there by Siri, and did he let the city know about it. WHAT A PIMP JOB. HAHAHA, I LOVE THIS KID.

What a moment for Chas McCormick, his 2nd game-winning at-bat on the weekend, and what a DADDY HACK it was. I have been saying all year the kid hunts fastballs and doesn’t get cheated at the plate. He had an approach and stuck with it. Chas mentioned how he expected fastballs with Siri going deep in front of him hitting the slider out. Well, he didn’t miss the fastball, that’s for damn sure.

That’s another series win, and that’s all that matters at this point. Like Vin Diesel, the patriarch saint of family, once said, “It don’t matter if you win by an inch or by a mile, winning is winning!”