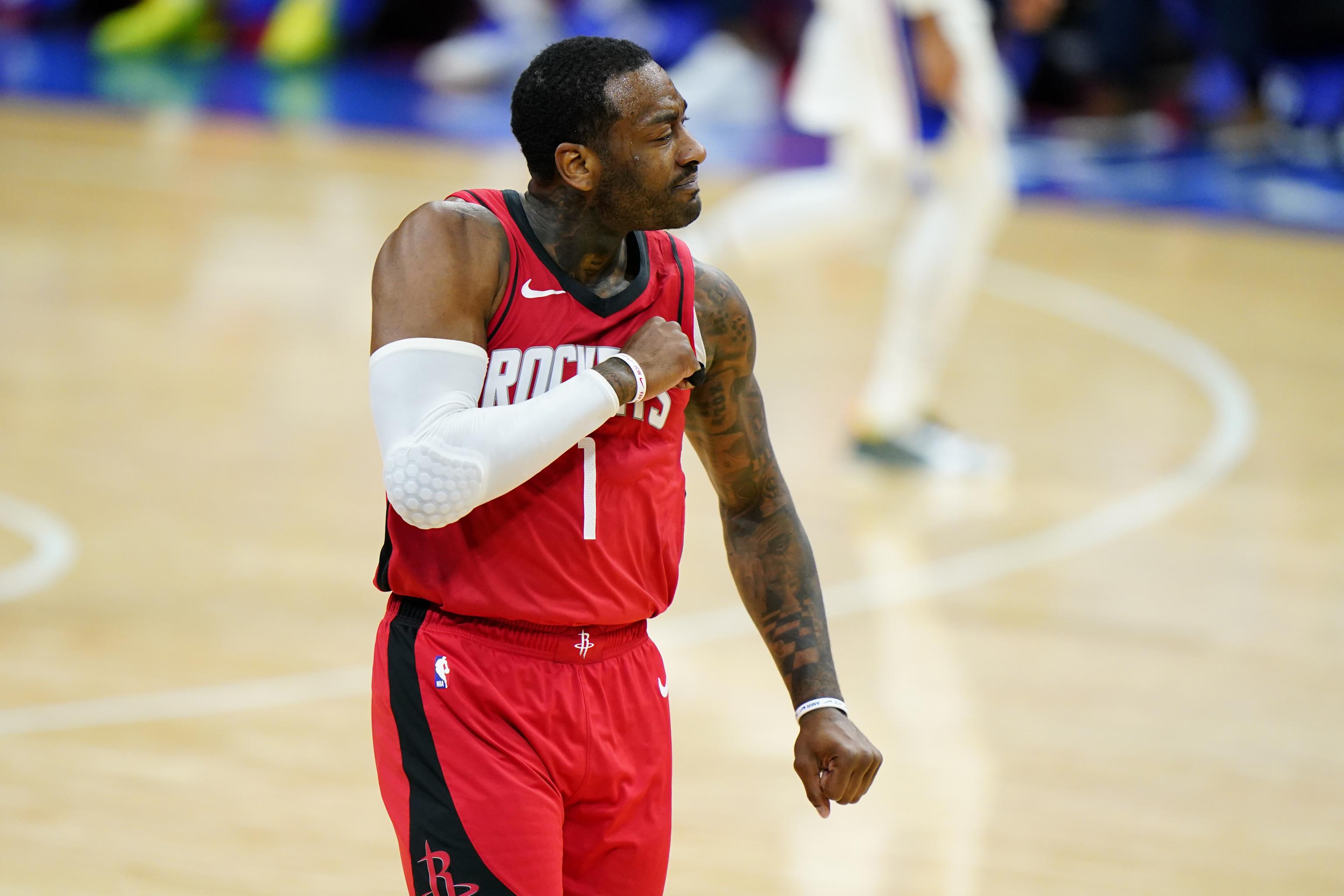 John Wall is not playing for the Houston Rockets this season, so why are we talking about him here?

Because his contract is a trade asset? Well no.

Because of a future buy out? Probably not.

To answer these questions let’s quickly discussion Wall’s contributions last season. We will then discuss what realistic scenarios could happen with John Wall as the Rockets look to move Wall during the next 1-2 seasons.

Last season John Wall averaged 20.9pts/6.2rb/3.2ast after returning from a 2 year injury absence. Although Wall showed brief moments of his former star quality, the rust from 2 seasons of inactivity and the Rockets having their worst season in decades did not help him.

His single season in Houston was a pale comparison to his best years as a Washington Wizard.

As reported by Shams Charania from the Athletic (and discussed by our own Taylor Pate), the Rockets and Wall have come to terms to sit the former All-Star point guard until a satisfactory designation can be found for him. However it may be extremely difficult to find a designation for Wall for multiple reasons.

Wall playing only 40 games in the 2020-21 season after a 2 year injury hiatus will only provide GMs across the NBA a limited view as to the status of the star. Wall has not played more than 70 games in a season since the 2017-18 season.

John Wall’s contract situation (2 years remaining at $91 million) may be unreasonable for most teams. With very few one to one trades available the Rockets will have an incredibly difficult time finding a situation which will allow for a suitable return for Wall’s contract size.

With that said, what options do the Rockets actually have with Wall’s contract and getting him to a designation that he would like?

John Wall’s trade value is extremely low. With his injury concerns and contract size makes his situation one of the most difficult in the NBA. Wall’s contract matches few players, with the closest one being Ben Simmons. The Rockets are at risk of needing to give up multiple future draft picks to compensate for John Wall’s contract value. As a rebuilding team that could hurt their ability to improve in the immediate future.

In addition Rockets currently have 16 guaranteed contracts for the upcoming 2021-22 season. A multiple player trade after the start of the regular season will be difficult with mandatory 15 players rosters. If the Rockets would like to obtain a trade it would likely need a third or fourth team to allow for it to work. Unless Wall is comfortable with being traded to a non-playoff contender the locations that may be a good match for Wall are extremely lacking. This will make any trade moves a very difficult situation to proctor by Stone and the Rockets front office. Especially with the Rockets on a mission to mend their reputation as a trade partner and free agency designation.

John Wall currently is owed $91 million over the next 2 seasons. This includes $44.3 million owed in 2021-22, and a whopping $47.3 million owed in 2022-23. The Rockets have already indicated that it’s “unlikely” that they address any buyout scenarios this season, but this may be a buffer to prevent John Wall’s trade value from tanking even further than it is already.

It’s very unlikely that Wall’s contract is bought out until at least near the February 2022 trade deadline. More realistically though it’s unlikely that discussions start until after the 2021-22 season. This will happen because the Rockets are unable to find a suitable trade partner because of Wall’s current contract.

When it comes to buyout scenarios, the Rockets have the cap space to do that. However, even though the Rockets would be able to stretch the waived contract across 3-5 seasons (depending on when the buyout occurs) that dead money amount could potentially risk any free agency plans the Rockets have in the 2023-24 season or later.

A buyout for Wall will mean forfeiting a substantial amount of money during negotiation. Using Blake Griffin’s recent buyout as an indication, up to 20% of Wall’s remaining salary would need to be given up by the guard in order to facilitate a buyout. This maxes out to approximately $18 million depending on when the buyout occurs. Based on that it would be worthwhile for John Wall to wait as long as feasible before talking buyout terms with the Rockets in order to lessen the blow of that deal.

Once John Wall’s current contract is no longer a factor he will likely be a viable player on the free agency market. With teams likely looking to shore up their rotations later in season, John Wall will be easily able to obtain a veteran minimum contract. But unless he shows that he can reverse time, it’s likely that his $91 million contract will be the last big contract in his career. That reason is why it’s unlikely he relents on a buyout anytime soon.

Where do we go from here?

John Wall and the Houston Rockets have a lot to think about over the course of the upcoming season. Unlike last year’s Harden situation, the discussions between Wall and Houston have been civil. The biggest question is if Wall will remain comfortable sitting on the sidelines or will tensions eventually mount. We’ll have to wait and find out.