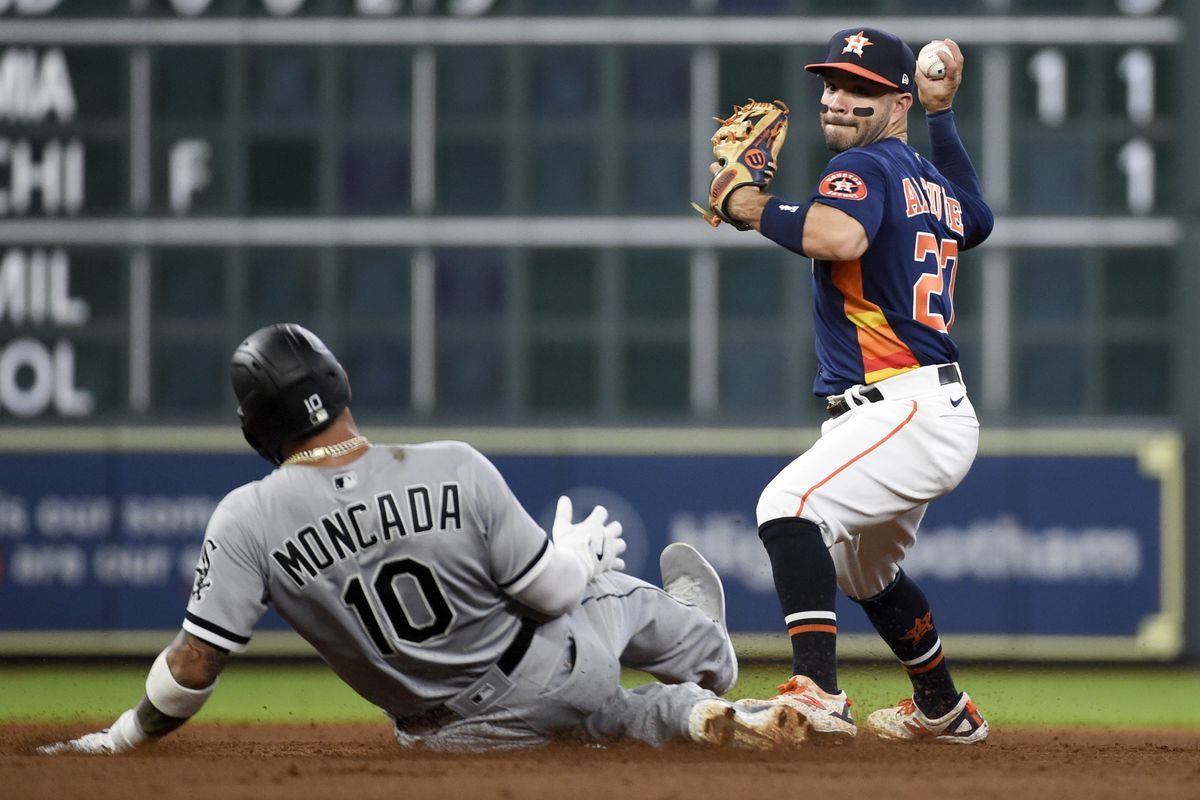 In a matchup of two division winners (and a rematch of the 2005 World Series that we’d all like to forget), the Astros will take on the Chicago White Sox in the ALDS beginning Thursday. Both teams aren’t short on talent, and both have highly experienced managers at the helm. Whichever team emerges to advance to the ALCS is going to have to earn it.

One key to this series is how the Astros offense performs. They’ve had some struggles of late, but if this lineup is at its best, it’s going to be difficult to slow down. The White Sox are no slouches in the batter’s box either, so here’s a rundown of how these two offenses compare. Spoiler alert: the Astros are better in most categories.

The Astros led the AL in runs per game at 5.33, with the White Sox sitting fifth at 4.91. Neither team is overly reliant on the long ball, but the Astros finished fifth in the AL in home runs while Chicago was just 11th. Houston is also better in team batting average, on-base percentage, slugging, and adjusted OPS, though the Astros and White Sox are first and second in the AL, respectively, in team on-base percentage.

And that brings up a key stat – team walks. The White Sox are actually second in the AL in walks while the Astros are fourth. These are two teams that will work the counts and make things difficult on opposing pitchers, meaning the depth of each team’s pitching staff could be tested. Both teams are in the bottom third in the league in stolen bases, though the Astros might try to steal a few against Yasmani Grandal, who’s only thrown out 19 percent of would-be base stealers this season.

Both offenses are above average, but the Astros lineup is simply deeper. Houston had four players hit more than 25 home runs this year, while Chicago had only one. Granted, part of that was due to key players Luis Robert, Yasmani Grandal, and Eloy Jimenez missing significant time with injuries, but all are back now.

Robert, in particular, is a real difference maker, hitting .338/.378/.567 with 22 doubles and 13 homers in 68 games. Grandal popped 23 homers and drew 87 walks in just 93 games this year, and stalwart slugger Jose Abreu remains a big part of the attack, tallying 30 homers and 117 RBIs this season. Third baseman Yoan Moncada and shortstop Tim Anderson also can hurt you with the bat.

The Astros have no shortage of potent bats themselves. Jose Altuve, Yordan Alvarez and Kyle Tucker each reached the 30-home run mark, and Yuli Gurriel won the batting title. Carlos Correa and Alex Bregman have plenty of clutch postseason hits on their resumes, and let’s not forget about Michael Brantley, who fell just short of the batting title himself.

Houston really only has one hole in the lineup in Martin Maldonado, but backup Jason Castro can serve as a strong pinch hitting option late in games. Aside from that, Dusty Baker can employ a lineup of eight hitters who have above-average numbers, including either Chas McCormick or Jake Meyers in center field. Aledmys Diaz is also a capable hitter off the bench, so this is a lineup that can strike from anywhere. The Astros also have a good balance between lefties Brantley, Alvarez and Tucker, and righties Altuve, Gurriel, Correa, Bregman, and McCormick/Meyers. Baker tends to keep the lefties separated which will make it hard for La Russa to play against lefty-on-lefty matchups.

For Chicago, the trade of second baseman Nick Madrigal forces Tony La Russa to mix and match at a few positions. Cesar Hernandez can play second base, but he has just a .608 OPS this year. Leury Garcia could take that spot, and that would open up right field for Adam Engel and his .832 OPS in 39 games this year. They also have the DH spot which could go to Gavin Sheets (.830 OPS) or Andrew Vaughn (.705 OPS).

Of all the hitters likely to be in the lineup, Sheets is the only lefthander. Grandal, Moncada, Garcia and Hernandez are all switch hitters, and everyone else is righthanded. If the Astros even carry a lefthanded reliever, they’ll likely only carry one, and he might not even get used. The emphasis will be on pitchers who can get both righties and lefties out, because of the number of switch hitters.

Both lineups have some depth and plenty of intimidating hitters, but the Astros have the edge here. They boast a lineup where their 1-8 hitters can all impact the game, and they have no shortage of postseason experience. The White Sox are plenty good in their own right, but they don’t have the kind of familiarity with the big stage that Houston does.

With that being said, those of us who follow the Astros closely know how they’ve had some difficulty scoring runs of late. That trend is worrisome, but this is also a team that went 29-31 last season before turning it on as soon as the playoffs started. When the lineup is healthy and rolling, it’s stronger and deeper than anything the White Sox can put out there, and I think this group will roll when the games start.