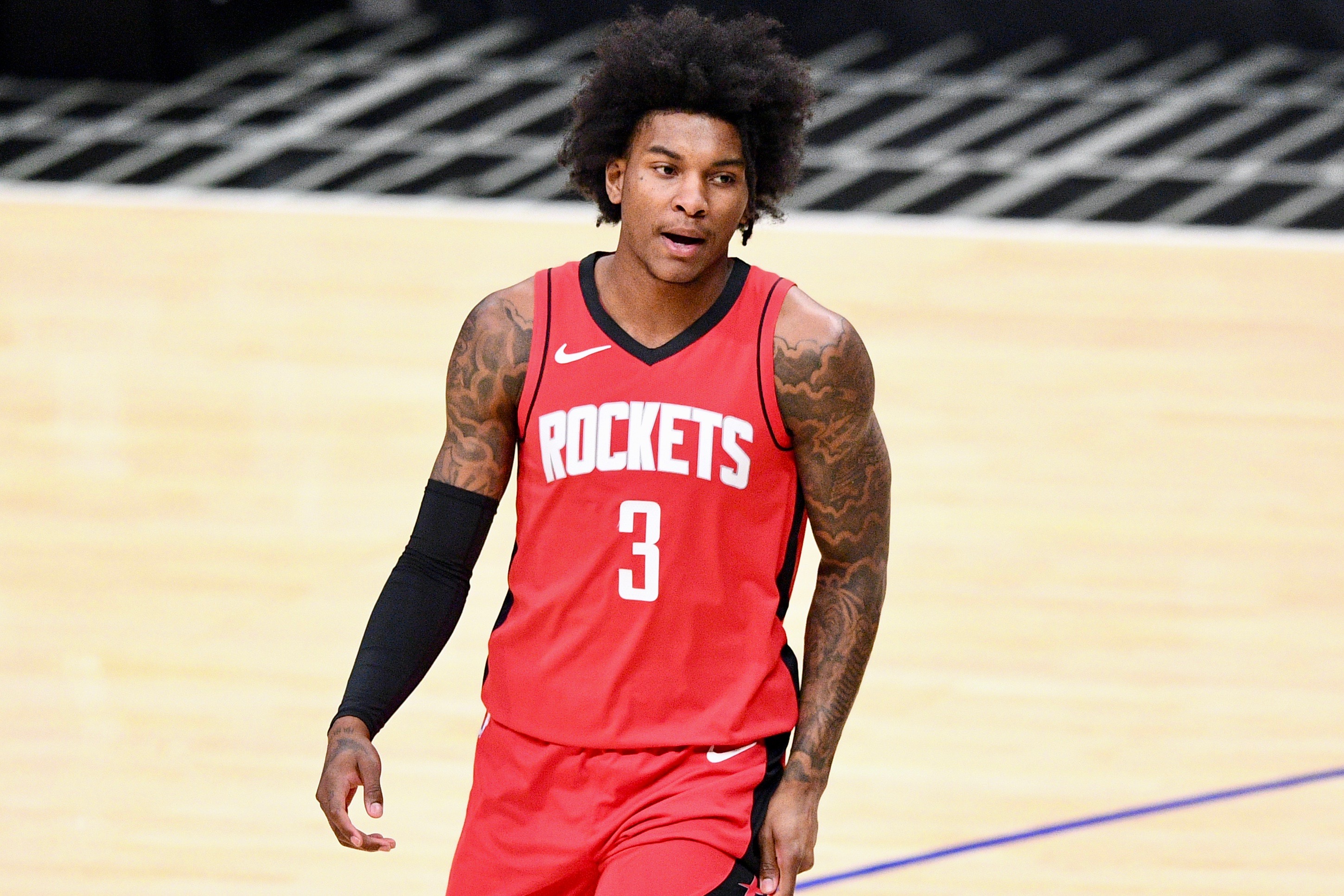 With the news of John Wall agreeing to sit out until a trade partner is found, the player who may benefit the most from this development is Kevin Porter Jr.

Having played less than a full season of games up to this point in his career, there is still a substantial amount of room for growth and development for the newly anointed Rockets starting Point Guard.

Scoot is currently second at +900 odds for Most Improved Player per Draft Kings, expected to have a breakout season.

Porter Jr. spent the beginning portion of the season away from the team in Cleveland and then the second section of the season regaining his fitness and learning the point guard position with the Rio Grande Valley Vipers. Once he arrived with the Rockets he played in 26 games, starting in 23 of them. His splits were 16.6 ppg, 6.3 apg, and 3.8 rpg, up from 10 ppg and 2.2 apg with the Cavaliers. His shooting splits were 43% FG 31% 3pt and 73% FT for a true shooting percentage of 52.8%, down slightly from 53.5% true shooting percentage his first year in Cleveland.

There are a few key areas that the Rockets will want to see KPJ take strides in his abilities during the 2021-2022 NBA season.

The first key area that KPJ must improve in is ability to run the offense. With John Wall out of the rotation permanently, DJ Augustin is the only other player capable of serving as a lead ball handler on this roster. Porter Jr. now fully has the keys to the offense and will be responsible for knowing when he needs to score and when to get other players on the team involved in the offense. Last season was the first time he moved to point guard full time. With more time in Coach Stephen Silas’ offense hopefully his grasp of the offensive concepts is greater and a he has a better understanding of where on the floor each teammate needs the ball.

The second key area is shooting consistency. Last season, KPJ shot below league average from 3 but showed flashes of being a player capable of extending his range. With a summer of strength and shooting development under his belt he should have the power on his shot to be more consistent from long range.

The final key area is defense. With a large shot creation load now on his plate this may be an area that lags behind the rest of his development, however improving his conditioning over the summer may enable him to have the stamina to have two-way impact this season. Before he was traded to the Rockets from the Cavaliers last season he was away from the team and had to rush to return to game shape by playing in the G League bubble.

During media day we heard Scoot tell Rockets media that the move to the Rockets “saved [his] life, potentially”. By all the reporting we have heard he is in a much better place mentally and spiritually than he was in Cleveland. He attributed some of this improvement to his relationships with Coach Silas and Associate Head Coach John Lucas as well as not having to deal with the dreary and snowy Midwestern winters any more. Continuing to mature and grow into a leadership role on the team as the floor general will be critical to Porter’s future with the franchise as well.

Porter will be extension eligible after this season with the potential to get up to roughly $180M on a deal that would kick in for the 2023 NBA season. He will undoubtedly want to come out and have a strong showing this season to earn as much as he can in those upcoming contract negotiations.

What To Expect This Season

Porter certainly has the talent and environment he needs to have a great season. At times last year he was putting up shot creation that rivaled the best playmakers in the league, With a healthy roster and a full offseason his playmaking should really take center stage. His chemistry with second overall draft pick Jalen Green should also help propel him to another level of play. Green can also take some of the scoring load off of Porter so that he can focus on taking more efficient shots. Rockets fans can expect Porter to build on last years campaign and be a Most Improved Player candidate with a big season.