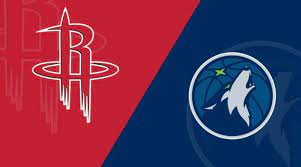 Houston Rockets open the 2021-22 season in Minnesota, taking on the Timberwolves. Both teams have several young players who play vital roles for their team. The Timberwolves are led by Karl Anthony Towns (25) and second-year rising star Anthony Edwards (20). As we all know, the Rockets drafted four rookies, including number 2 overall pick Jalen Green (19). Unfortunately, this is where the similarities ended as the Timberwolves came out on fire early and never looked back.

The Rockets struggled early and often, with the Timberwolves’ blitzing defense turning the ball over 15 times in the first half, leading to a huge early deficit. The Timberwolves had 31 fast break points which in itself is the story of the game. Turnovers and poor transition defense led to this number which put the Rockets on their heels all game. The poor outside shooting didn’t help either as the Rocket shot 33 percent from deep while the Timberwolves shot over 42 percent.

This all led to a 124-106 loss that wasn’t even that close. Despite all that, there were a few good items from the game, along with a plethora of bad moments. Here are my three takeaways from the Rockets opening night defeat.

Rockets couldn’t handle the intensity of the game

As I stated earlier, the Timberwolves made it a point to jump every Houston Rockets pick and roll early and often. Thus, forcing Kevin Porter Jr. to make a quick decision. This led to Porter JR. turnovers and Minnesota fast breaks. Porter Jr. finished with nine turnovers and was only 4-12 from the field. It seemed the early turnovers frustrated Porter Jr. and took him out of the game offensively.

As you see in the video, Porter Jr. wasn’t strong enough with the ball, which led to many turnovers. He wasn’t the only Rocket to struggle with the TWolve’s pressure. The Rockets had 13 of their shots blocked on the night, and even though they finished with more points in the paint, they missed a lot of easy shots around the basket. It seemed from the jump that the Timberwolves were more focused and aggressive. Jalen Green struggled to get clean looks all game as the TWolves crowded him every time he had the ball. When he did get to the paint, they surrounded him at the basket.

The young Rockets will learn from this experience and match the opposing team’s aggression from the jump.

3-Point shooting will be a struggle all year

The Houston Rockets finished near the bottom of the league last year in 3-point shooting. Unfortunately, this year didn’t start much better for the Rockets. The Rockets knew coming into the year that 3-point shooting was going to be a work in progress. The Rockets lost two of their best shooters in Sterling Brown and Kelly Olynyk, and their current best shooter is not in the regular rotation yet.

Last night the Rockets shot only 33.3 percent from beyond the arc, which along with the turnovers, led to a lot of the fastbreaks that I spoke on earlier. To compound matters, the Timberwolves shot 42.1 percent from deep. The Rockets don’t have the shooters to be a top-level shooting team, but they do have to keep the defense honest, or teams will pack the paint and take away driving lanes for players like Green and Porter Jr.

Alperen Sengun is the real deal

There were some positives from this game, for instance, Alperen Sengun showed he is already a good NBA player. This comes as no surprise considering that Sengun has been the best rookie by far from the time he arrived in Houston. Unfortunately, last night did nothing to change that perspective. On the other hand, Sengun did a great job of passing teammates open and aggressive going to the basket.

Sengun led the team in free-throw attempts and makes going 5 for 5. Second in rebounds and first in steals, all in just 19 minutes. Sengun also held his own on defense as the Timberwolves tried to bully him down in the paint, but Sengun made good use of his four fouls. When Sengun is on the court, the Rocket’s offense flows better, and it seems players move more without the ball.

There were several other positives from the game as well. The bench mob led by Sengun and KJ Martin came in and played with energy and hustle as they made the final score respectable. All the bench players had a plus +/- except Sengun and Augustin. Every other bench player had a double-digit positive +/-. Green passing was also a bright spot as he did a great job sharing the ball leading to some easy baskets.

The Houston Rockets are a rebuilding young team. With rebuilding young teams, you will have a lot of down moments like this game and some flashes of greatness. This team shouldn’t be judged by wins and losses but by how they developed throughout the year if they get better each game each month, that is a win if you are in the front office and a Rockets fan.