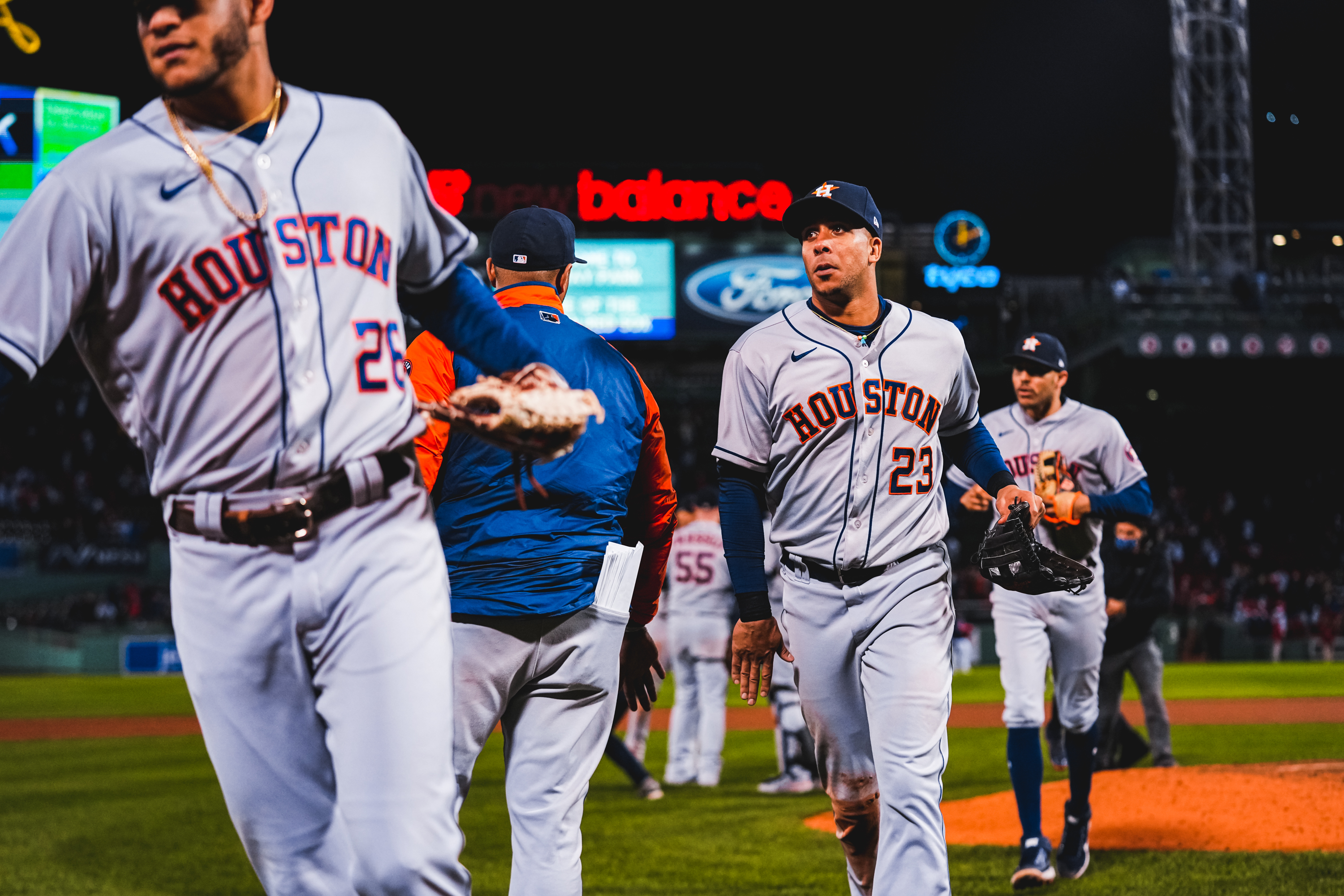 A 1 run deficit felt like 10, another first inning homerun by Boston and hard contact outs all night. Throw in an umpire that was lost behind the plate and you had the collective fanbase on tilt.

Then Jose Altuve did Jose Altuve things and launched a BOOMBAH into the Boston night which made him #3 on the all time post season home-run leaderboard. He is going to end up as one of the greatest 2nd baseman to ever play the game.

Mr. OCTOBER CARLOS CORREA just understands that the moment is never to big and when you conquer that everything slows down. Another big at bat? No problem. The team and city depending on you ? Sure. Slight work. The series on the line? Yeah, it’s go time. He’s a superstar and we have to pay him.

JASON MF CASTRO. He’s been Mickey Mantle off the bench and just comes up with clutch hits. With the game on the line a 2 strike 2 out knock gave the Astros the lead and just a big league at bat all the way around. The offensive dam finally broke and 7 runs later on 2 outs the Astros evened the series up. I’m exhausted. You’re exhausted but sleep is for November.

Also shout out to the damn bullpen. A punching bag all year for the fanbase has held us in this series. Redemption time for Framber, Garcia and Urquidy.

Co-creator of Apollo Media. Host of Beyond The Diamond and Road To Omaha Podcasts.