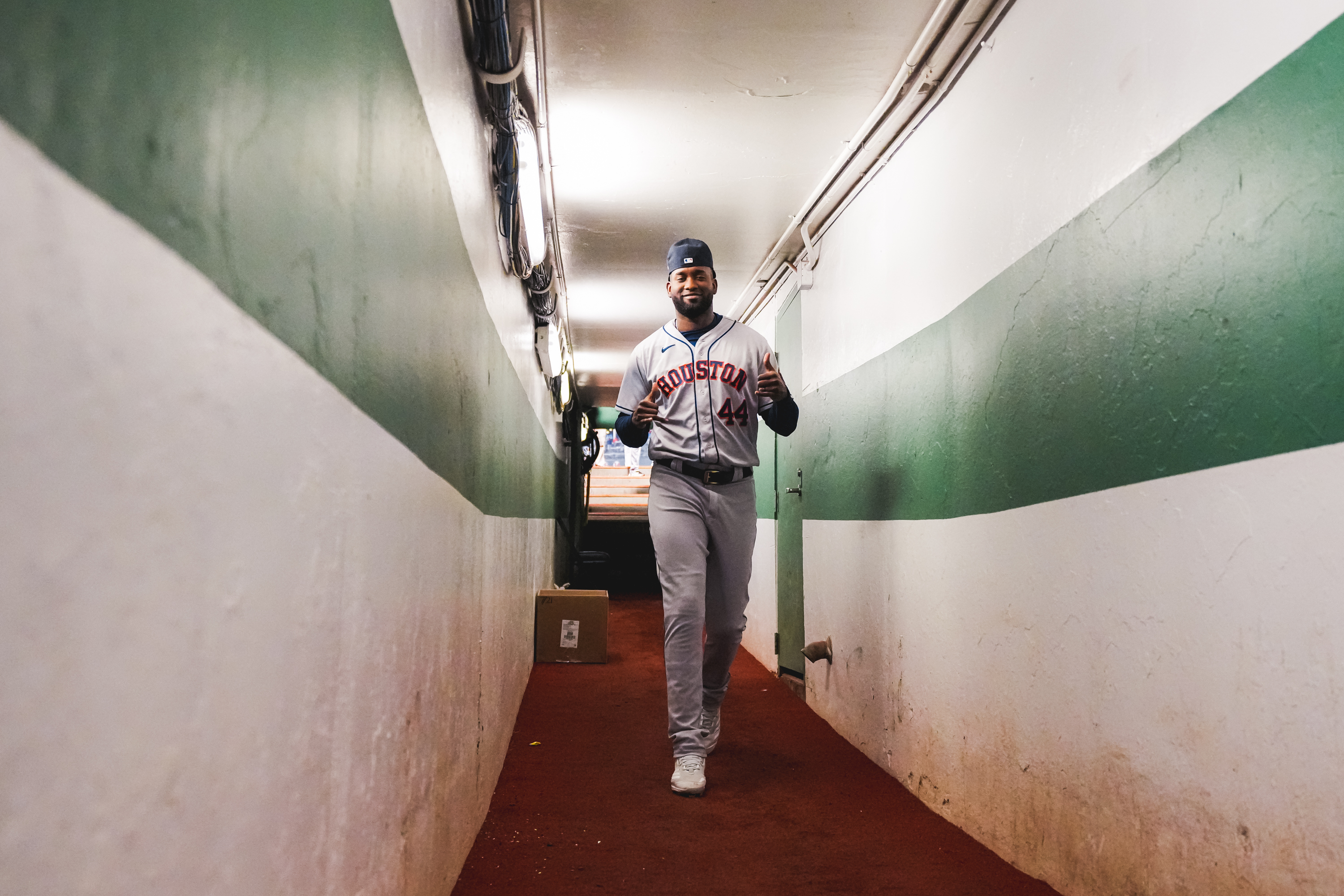 The Houston Astros are now up three games to two in the ALCS and are headed back home. I’d like to thank Yordan Alvarez and Framber Valdez for pretty much singlehandedly winning this game for the Astros as they are now only one win away from their third World Series appearance in five years.

Yordan got the Astros on the board early on an oppo taco off of Chris Sale. There’s nothing quite like getting an early lead in a pivotal game in October. But wait, Yordan did the thing again later on to essentially seal the game up.

Yordan truly might be the best hitter in all of baseball because going opposite field off of Chris Sale with his incredibly strange lefty-lefty delivery is quite possibly the sexiest thing I’ve ever seen. Our beloved son had three lefty-lefty hits off of the ace that led to three runs, and the sixth inning double led to an impressive display of hitting with runners in scoring position.

The MLB’s batting champ got in the mix with my favorite thing of all time: two out hitting.

Hey, Siri, why not add some more?

But, on the other side of the ball, Framber Valdez looked like he did this summer against the Red Sox.

After two suspect starts in the playoffs for Framber, he turned in a gem Wednesday afternoon. It was exactly what the doctor prescribed for the Astros’ pitching staff as they only had to use on reliever, Ryne Stanek, in the ninth inning to close out the 9-1 win.

The Astros head back to Houston with a rested bullpen, a 3-2 series lead, and a red hot offense to potentially head to another World Series.

Oh, yeah, and Dez is famous.