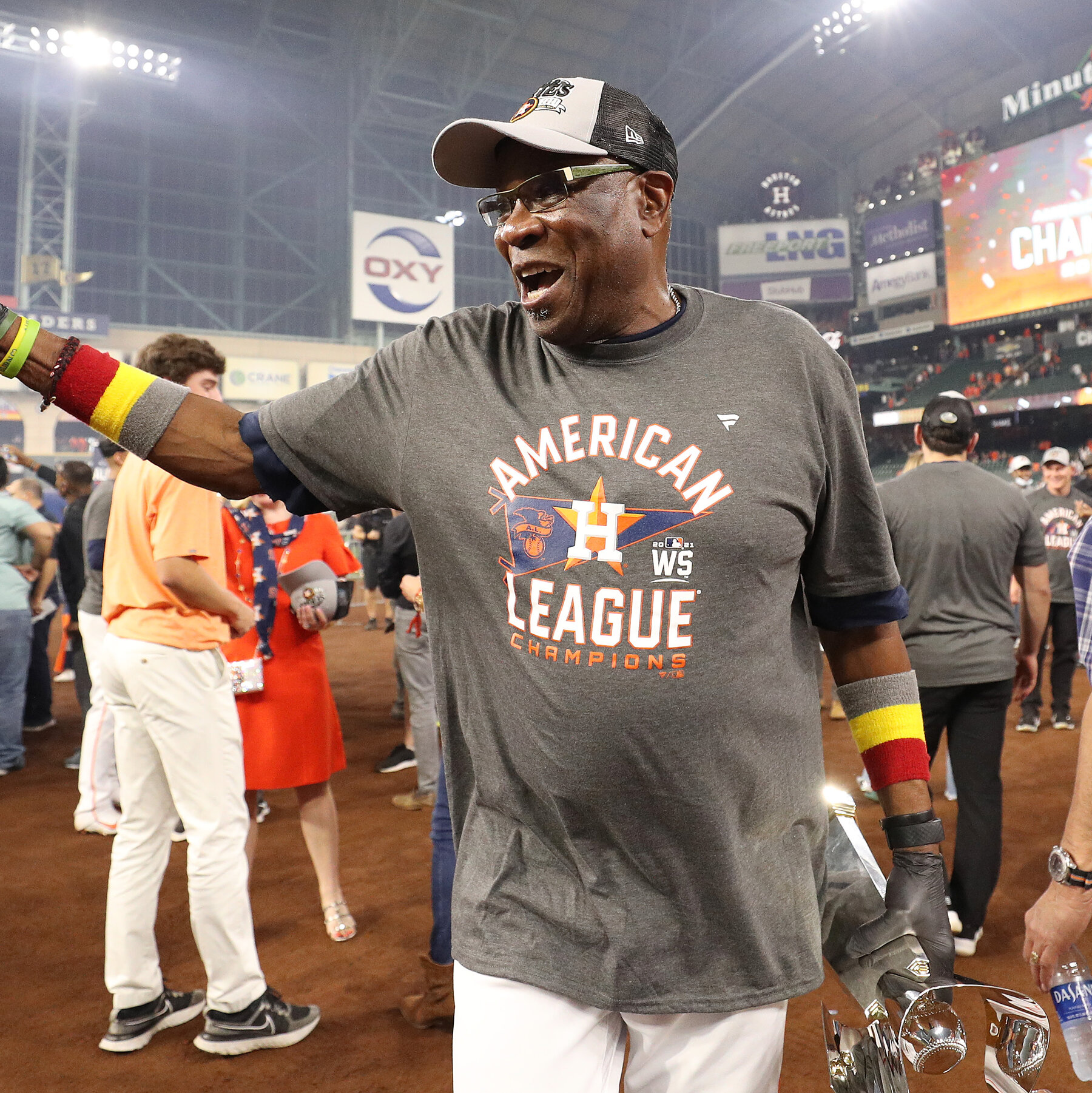 Johhny B. “Dusty” Baker Jr. has spent most of his life playing in the dirt. From his early childhood of playing in a dirt spot in his backyard, so much so his mom nicknamed him “Dusty,” to his illustrious playing career that spanned 19 years.

It didn’t stop there, of course, Dusty Baker would start his managerial career in 1993 with the San Francisco Giants, where he would find immediate success. This would become a theme throughout his career as a manager. Wherever Dusty landed, that team won. Dusty has managed four other teams in the last 37 years, and every single team reached the postseason during his tenure. Dusty is the only manager to lead five different teams to the postseason. When you have been in the league long as Baker, you are bound to have been part of some famous and infamous moments.

The term full circle describes Baker’s career perfectly. Finally, Baker has earned this shot at a championship as the manager of the Houston Astros. The journey started long before this World Series, coincidentally enough with the team his Astros face in the Atlanta Braves.

As mentioned earlier, Baker’s career started with the Braves. Still, even before Baker signed as an outfielder for them, he excelled in baseball, basketball, football, and track at Del Campo High School. He excelled so much so in basketball he was offered a scholarship by Santa Clara University. According to his former Brave teammate Ralph Garr, Baker actually could have made the NFL, NBA as well.

“Dusty could have made the major leagues in football, basketball or baseball, and I don’t think he cared as much about baseball,”

What ultimately persuaded Baker to play baseball was a phone call from Hall of Famer Hank Aaron. What made Baker’s adjustment to the Major League a lot easier was being around Aaron every day. In addition, he taught Baker how to be a pro and, more importantly, navigate being a black man in the South during the 1960s.

Even though Baker was in the big leagues, he still worked as a motor transport mechanic in the Marine Corps Reserve. Back then, players from all sports had second and even third jobs to support their families, considering most were not getting rich playing professional sports.

Dusty Baker reaches the top as a player

Most of Baker’s success would come at his next stop with the Dodgers, but before leaving the Braves, Baker would become part of baseball history if only as a spectator. Baker was on deck when Aaron hit his famous 715th home run to pass Babe Ruth on the all-time home run list (the announcer of that famous home run was the late great Milo Hamilton).

Dusty Baker helped the Dodgers win three league pennants in 1977,78, and 81. In addition, Baker was the first-ever National League Championship Series MVP. Baker would also make the All-Star game in 1981 and 82 with the Dodgers and help them to a World Series title in 1981. Stops in San Francisco and Oakland would round out Baker’s career where he would finish with a .278 batting average, 242 home runs, and 1,013 runs batted in. Another side note (and something you could win a lot of bar bets on) Dusty Baker is credited along with Glenn Burke for creating or at least being one of the first to do a high five in a game. Funny enough, it happened against the late great J.R. Richard of the Houston Astros.

Even though Baker had a lot of success as a player, his success as a manager has been just as or more impressive. Baker started as a first base coach for the Giants in 1988. Eventually, he would take over for Roger Craig and found success right away, winning NL Manager of the Year. He was the fifth manager ever to win 100 games as a rookie manager. Baker would lead the Giants to the 2002 World Series, where they lost in seven games to the Anaheim Angels.

Baker would go on to manage the Cubs, where again he had success leading the Cubs to a series win, the first for the Cubs since 1908. But, as well all know, the Cubs were five outs away from the pennant when Steve Bartman interfered with a foul ball, and as they say, the rest is history.

In his next stop, he led the Reds to a division title in 2010 and 2012 before being replaced after the Red’s loss in the Wild Card Game to the Pirates. Bakers, next stop was a short one with the Nationals, but he still had great success leading the team to two NL East titles in two years. Unfortunately, the team announced Baker would not be back following the 2017 season after two NLDS losses.

The right man for the job

Dusty Baker MLB’s career as manager seemed to have come to an end in 2017. Baker recalled how he felt he was passed up for several jobs and wondered if he would ever manage again. Baker was up for the Phillies job in 2020 but ultimately did not get the job. But as fate had it, another position was opening up. The Astros, who were in the wake of the sign-stealing scandal, had let go of A.J. Hinch, the manager who helped bring the City of Houston its first-ever World Series title.

To say this was not a job just any manager would be able to handle is an understatement. Baker came when the Astros were public enemy number one ( honesty, that’s still the case). It was still plenty of talent, of course, on the team. Carlos Correa, Jose Altuve, Alex Bregman, Lance McCullers Jr., the list goes on and on, but the pressure that the Astros were under was tremendous. So you needed a manager who has seen it all and been through almost every situation imaginable.

Baker played baseball in the south during the 60s, was one of the few black managers in the entire sport at times the only black manager, had come close several times to winning it all. Hence, the pressure of managing the Astros was just another obstacle for Dusty Baker to conquer.

Even in the Pandemic short season where the Astros finished under .500, Baker led the team to the brink of another World Series. The Astros lost in game seven but considering everything the team went through, it was a fantastic accomplishment. In terms of injuries and fans being back in the stand, this year may have been even more difficult.

Baker has had to navigate injuries all year to key players like Justin Verlander, who has missed the entire season and even up until now with their ace McCullers having to be dropped from the roster during the ALCS because of a right flexor strain. In addition, a shaky bullpen and lulls in offense have been issues Baker has worked around all year, and somehow this team seems to get better as the year goes on.

When Baker leads the Astros into Atlanta for game 3, he will have come full circle in one of the most amazing careers in MLB history.

In this article:Dusty Baker, Houston Astros