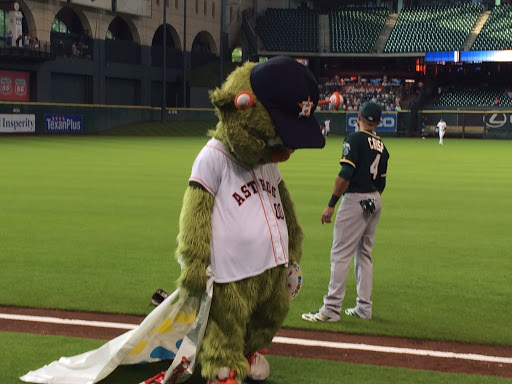 Well Tuesday night sucked, not like 2019 suck but a lot like this fucking sucks suck. What was suppose to be a wild party and making history, the Braves just beat our ass straight up. All the props to the world to them and their squad, they got hot and rode that all the way to a World Series. This is the Golden Age and yet we have people trying to dismiss what this era has been about and that’s damn good baseball, the rise of a villain baseball needed, and the American League running through Houston, Texas. Those are the facts like Los would say and I wouldn’t trade any of it for anything else.

I needed about 24 hours to decompress before jumping back on the blog. I have seen the Nationals and now the Braves celebrate on our field and I stayed and watched every second of it because I am dumb or a masochist or both. My playing days are long gone and I played NAIA ball in Victoria, Texas far from ever sniffing the show but the competitor in me oh boy I was fired up to start building out everything for next year while navy and red confetti fell from the rafters.

Just some random thoughts from the top of the dome.

This deserves its own section. If Tuesday was his last time in an Astro uniform, then I’m THANKFUL I was there to watch, thankful for a superstar who went 1/1 in the draft, thankful for someone who took the allegedly scandal and made sure he would shoulder the load for the city, the villain who lived up to the label and then broke hearts, a future MVP is coming for Los and I hope that it will be here.

The party doesn’t stop and neither will Apollo. We have a lot of great ides to shoot this offseason, a ton of video content, get an office space, and continue to be the leader in this new age of sports media. The sun will come up whenever.