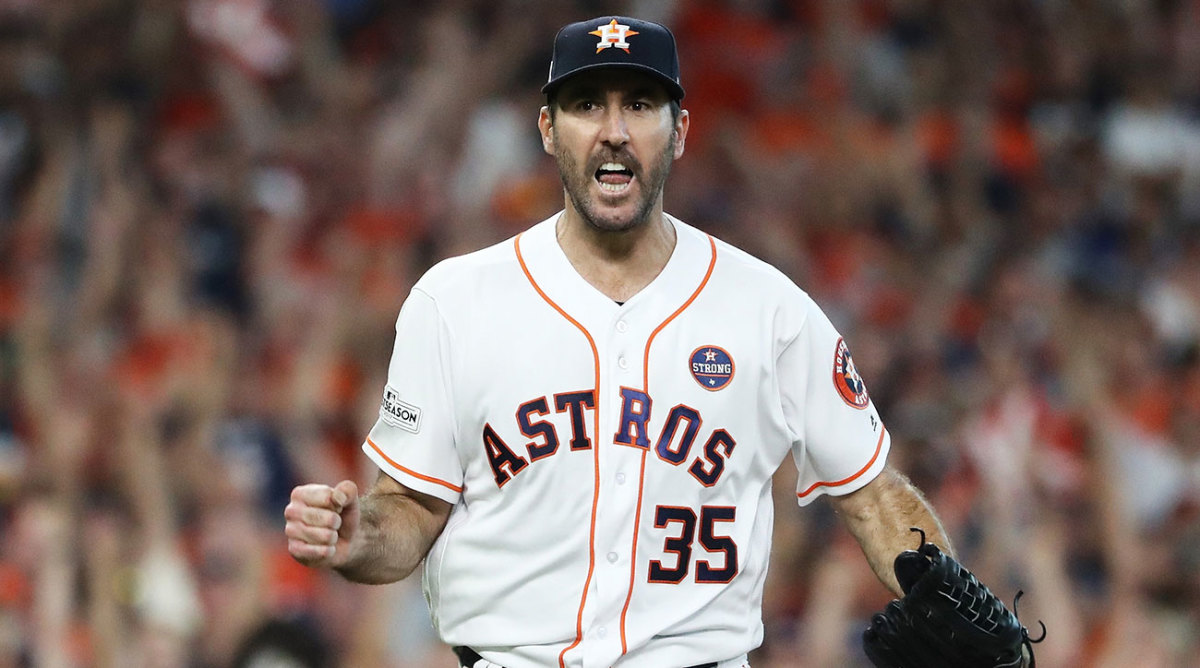 Shortly after declining the qualifying offer as expected, Justin Verlander shocked everyone by agreeing to a deal to return to the Houston Astros. After all the speculation about his supposed desire to go elsewhere, after all the fans who roasted him on social media for not being with the team in person during the season, the Astros ponied up the dough and the future Hall of Famer is back in H-town once more. Rumors of the demise of the two sides’ relationship were greatly exaggerated.

The Astros will pay the veteran a $25 million salary to pitch the 2022 season at age 39, and he will also have a player option for 2023 at the same salary. Verlander has thrown only six innings in the past two seasons thanks to Tommy John surgery, but he owns a 2.45 ERA in 74 regular season starts since being acquired at the last minute in August 2017. He reportedly looked good at a recent showcase, so there doesn’t seem to be much doubt that he can return to being a force on the mound.

Owner Jim Crane said the team was willing to spend, and he’s backed that up. The Astros now have a surplus of starting pitching, though that’s bound to sort itself out as the season goes along. Verlander joins Lance McCullers, Framber Valdez, Jose Urquidy, Luis Garcia, Jake Odorizzi and Cristian Javier as candidates to make the rotation, which should give the team some strong depth unless they decide to deal from that depth to fill other roster needs.

How the rotation lines up

Verlander, McCullers and Valdez are locks for the rotation, and Garcia and Urquidy are probably locks too. Javier seems likely to wind up in the bullpen again, which he showed the benefits of in the 2021 postseason. The wild card here is Odorizzi. The Astros are set to pay him $8 million in 2022 plus possible incentives which could boost his salary significantly higher. That’s a high price to pay for a long reliever and spot starter, and Odorizzi often didn’t seem happy in Houston this past year.

If the Astros did trade Odorizzi, they’d probably have to eat a little salary but it might be worth it depending on the return. The problem with that is having a veteran pitcher as depth is a great luxury. GM James Click might not want to sacrifice that. Besides, it’s not as though any team is going to get through a full season with only five starting pitchers. There should be plenty of innings for Odorizzi.

As for who gets the nod on Opening Day, that’s a tough one. McCullers was the clear choice before this news, and he could still be the choice in the end. It may depend on both pitchers’ timelines in Spring Training, but you probably can’t go wrong with either. If it were me, I’d stick with McCullers. If both are healthy for the postseason, the Astros could be in excellent shape.

Now that the rotation is taken care of, Click can turn his attention to shortstop and the bullpen. The Verlander signing does not take the Astros out of the running for Carlos Correa. However, depending on the terms of the new CBA, the team might not have much payroll space left to address the bullpen if they retain Correa. Trading Odorizzi for relief help could be an option in that scenario, so there are possibilities here.

What we do know is, health permitting, the Astros rotation will be a strength again. Verlander wants to pitch several more years and certainly could if his body allows him. His physical absence this year has a legitimate explanation, so I don’t expect clubhouse friction. There’s a real possibility that he finishes his career in Houston. Adding a second World Series ring to his trophy case in that time would be a nice accomplishment too.

In this article:Houston Astros, Justin Verlander