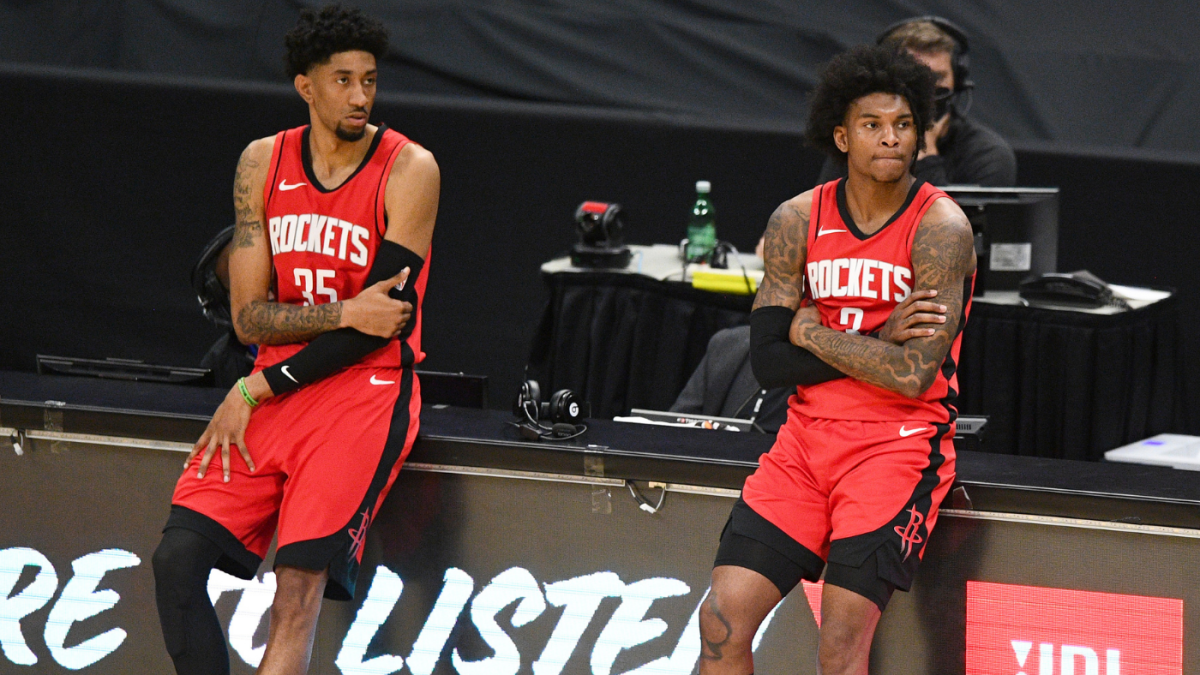 This has been an interesting week for the Houston Rockets. While there has been some positives (the play of Jalen Green since his return), the negatives have been getting the most media attention. Kevin Porter Jr. left a game against the Nuggets at halftime and Christian Wood refused to check in. This has sparked conversation nationally across NBA Twitter and more, putting the Rockets in bad light amidst a 10-28 season thus far.

On today’s roundtable, we have a few Apollo contributors that will discuss this topic and more on the Rockets. Let’s get into it!

The scenario involving Kevin Porter Jr. and Christian Wood has been the talk of Twitter lately. What do you think of Wood deciding not to play in the second half and Porter leaving the arena?

From the sounds of things, there was a heated discussion between a young player and Christian Wood. Was that player Kevin Porter Jr.? If so, was KPJ calling out Wood’s effort? I think this all boils down to a bunch of players being competitive and wanting to win. Wood essentially quitting on the team and being absent since is alarming. Porter Jr. has publicly and personally apologized, so there’s that. It’s a mess and I’m glad it’s over with.

I think they are different issues. None of them are acceptable, but KPJ apologizing and being defended by Silas in a presser speaks volumes compared with CWood, whose action was premeditated and hasn’t gotten the same amount of support by the Coaching staff, at least publicly. If I had to bet, I’d bet KPJ stays a Rocket longer than Wood.

It was certainly interesting to see this situation unfold. Very rarely do you see players in any of the major sports just straight-up leave in the middle of a game, and we saw it twice in one weekend with Antonio Brown also dipping out early. I think it shows KPJ’s improvement that he has apologized to the team about it and is ready to get back to work. It’s been pretty radio silent from Christian Wood, though, so that will be something to watch as the trade deadline gets closer.

What are your thoughts on the Rockets’ G League call ups (Queen, Nix) and their strong play against the Nuggets? Where could they fit in future plans for the team?

Queen and Nix have looked surprisingly efficient and steady since being called up. Ideally, they become consistent role players for the Rockets and are viable NBA players long-term. I’d like to see them continue to get minutes while the team isn’t focused on winning entirely.

I think Nix, as a 19 year old, has shown flashes of being a floor general type of point guard if he reaches full potential, so I believe he’ll remain on a 2-way as long as the Rockets can, because the ceiling is there. Queen has boosted his stats in garbage time, but looked quite disappointing when given rotation minutes with the first or second unit, which is weird because he was balling out in the G League. The Rockets aren’t in a hurry so I think he’ll get more chances, but right now Nix looks the best for sure.

I always like young guys seizing an opportunity and making an impact, like this situation. Daishen Nix has been overlooked after struggling in the G League last year as an 18/19-year-old and eventually going undrafted. He has looked much improved this season and showed off his potential against the Nuggets. Trevelin Queen has set the G League on fire this year, averaging 22 points per game. Still, both have a long way to go to be contributors on an NBA team like the Rockets. I think that, ideally, both would be just that in the future.

What is the value that you would realistically want back in trades for the Rockets vets? (Gordon, Theis, Augustine, maybe Wood, others)

While the flexibility of first-round picks is nice, the Rockets might want to start loading up on some young lottery tickets like Cam Reddish or Jalen Smith. The more veterans they receive back in trades, the more veterans will be taking up minutes on the roster. Individually, Eric Gordon and Christian Wood likely fetch the best packages, while I’d be happy with a couple of second rounders for someone like Augustin.

Gordon is straightforward, a first-round pick, any first round pick will do. He’s having career highs in efficiency and is a proven playoff performer. Some expiring money and a first will probably do it. Augustin I don’t believe will be moved, but if he does, a second-round pick or just salary filler would probably do it. Theis, if moved, could get a second-round pick and filler as well, at this point. Earlier in the season, I would’ve fished for more, but the fact that his contract, while not an overpay, runs for so long might scare some franchises off. Wood is very volatile, after the blow up this week, so I’d be content with a first projected in the lottery, but I believe if they hold on until the deadline, they could probably get 2 firsts or 1 first + young prospect.

It looked like Eric Gordon would be tough to find a trade partner for coming into the year. He was coming off of a rough, injury-plagued, couple of years for the Rockets. However, he has looked much-improved this year and I think Houston will be able to snatch a first-rounder for him. The rest of the veterans outside of Wood will likely fetch second-rounders, if that. Wood, though, is a whole different story. He’s on a great contract and has shown incredible talent during these two years in Houston. He has some issues that have shown up recently, but any team in need of a big man should be willing to give at least one first-rounder for him in addition to a prospect. We’ll see if the Rockets want to hold onto him for the future.

What will the Rockets’ record be before the roundtable next Wednesday? (Wizards, Mavs, T-Wolves, 76ers)

I hate to say it, but I could definitely see the Rockets losing all four of these games. I assume, though, that they’ll win one of them. I’m much more interested in seeing what the dynamic is like with Christian Wood and Kevin Porter Jr. back in the lineup, hopefully there are no more fireworks.

I believe they will win 1 out of those games and lose the rest. We’re bound to win a game soon, if not for anything else, from an outlier hot shooting night.

Optimistically, I think the Rockets will show up and beat the Wizards and T-Wolves this week. Realistically, it’s very possible that they lose all four and fall to 10-32.