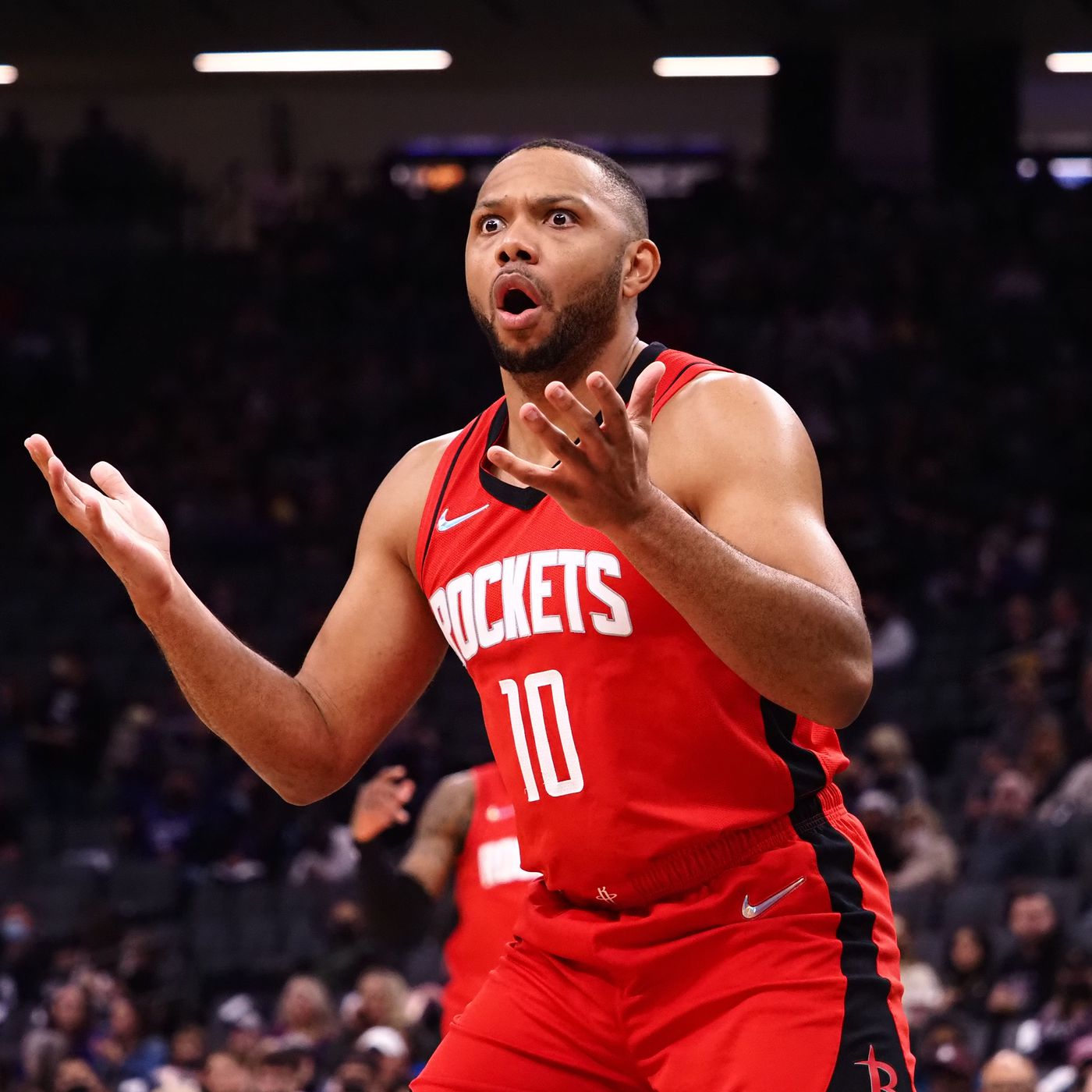 Coming into the 2022 NBA Trade Deadline, the Houston Rockets were expected to be key players. The Rockets had an abundance of assets and a surplus of valuable veterans who did not quite fit the timeline, making them a prime candidate to be big deadline sellers.

That, however, did not happen. Instead, after weeks and weeks of speculation, Houston Rockets GM Rafael Stone’s efforts resulted in just a single deal.

In what was a nail-biting but ultimately subdued day for Rockets fans, I have many thoughts on all the trades (or lack thereof). Let’s get into it below:

As the minutes ticked away on Thursday, it became more and more likely that Eric Gordon would remain in Rockets’ Red.

There were many reasons why this was unexpected:

Whatever you choose to believe, my judgement is that, ideally, the Rockets should have taken any first round pick that was available (this year or next).

The logic is simple. Worst case scenario, the Rockets could still trade that pick if they decided they didn’t want to draft three rookies in the upcoming class. But the obvious scenario is that the minutes freed up by Gordon would be a massive boost to the Rockets’ rebuilding process. Already a backcourt logjam (more on that later), an EG trade would have given a greater opportunity to the younger players who need one.

Despite all this, standing pat with Eric Gordon is not the end of the world. The Rockets will have more chances down the line to extract some value out of him. In the meantime, he is still one of the best off-ball contributors on the roster, and he will continue to provide value to the development and functionality of the offense.

Christian Wood – once considered a future franchise cornerstone – has not escaped criticism from Rockets fans this season. There were a few reasons why it seemed like he was going to be traded at the deadline:

Even with such compelling arguments, the big man was not moved. It was always going to be difficult, as the Rockets expected a premium price for a player with playoff inexperience and questionable defensive ability.

The Rockets were aggressive in pursuing a deal, but ultimately nothing came to fruition. Houston chose to live by the motto: “No deal is still better than a bad deal”.

Daniel Theis was the only Rocket moved via trade this deadline. Theis, the big offseason acquisition, quickly saw his role start to shrink in Houston. The emergence of Alperen Şengün, as well as the spacing issues alongside Christian Wood, were key reasons why Theis found himself on the periphery of the Rockets’ rotation.

The main goal of this deal was to get out of the Theis experiment. He was given a long, 4-year deal that did not end up aligning with the Rockets’ timeline. He was traded for future financial flexibility, as none of the returning players’ deals span past the current NBA season.

Well, this was unexpected. It was surprising that the Rockets would trade for a veteran player like Schroder, and it was even more surprising to learn that he has already been confirmed to be a part of the rotation moving forward:

In a deadline where many expected the Rockets to open up playing time for the rookies, their one trade accomplished the opposite.

It makes no sense to prioritize a vet on an expiring deal like Schroder over younger, higher ceiling players like Josh Christopher and Daishen Nix. And when you throw in the fact that Eric Gordon is still on the roster, there is even less playing time available in the backcourt.

While Schroder’s 15-20 mpg won’t make or break anyone’s career, it is still discouraging. On a team where youth should be the top priority, trading for a guy like Dennis Schroder doesn’t help either the short- or long-term plans.

Overall, I would classify Houston’s deadline dealings as underwhelming. While no franchise altering mistakes were made – and that’s the key for every high pressure situation – I would have expected more aggression overall. Unless my judgement is completely off base, I have to believe there were some good deals left on the table.

Moving forward, leaving some of these players around until the last year of their contracts will make future negotiations even more difficult. The Rockets’ front office will have less leverage and will also have to hope that Gordon and Wood maintain their value.

That’s tomorrow’s problem, though. In the meantime, I will be looking closely at how the minutes and rotations are managed. Let’s see over these next couple of months just how much the future of this franchise is truly prioritized.