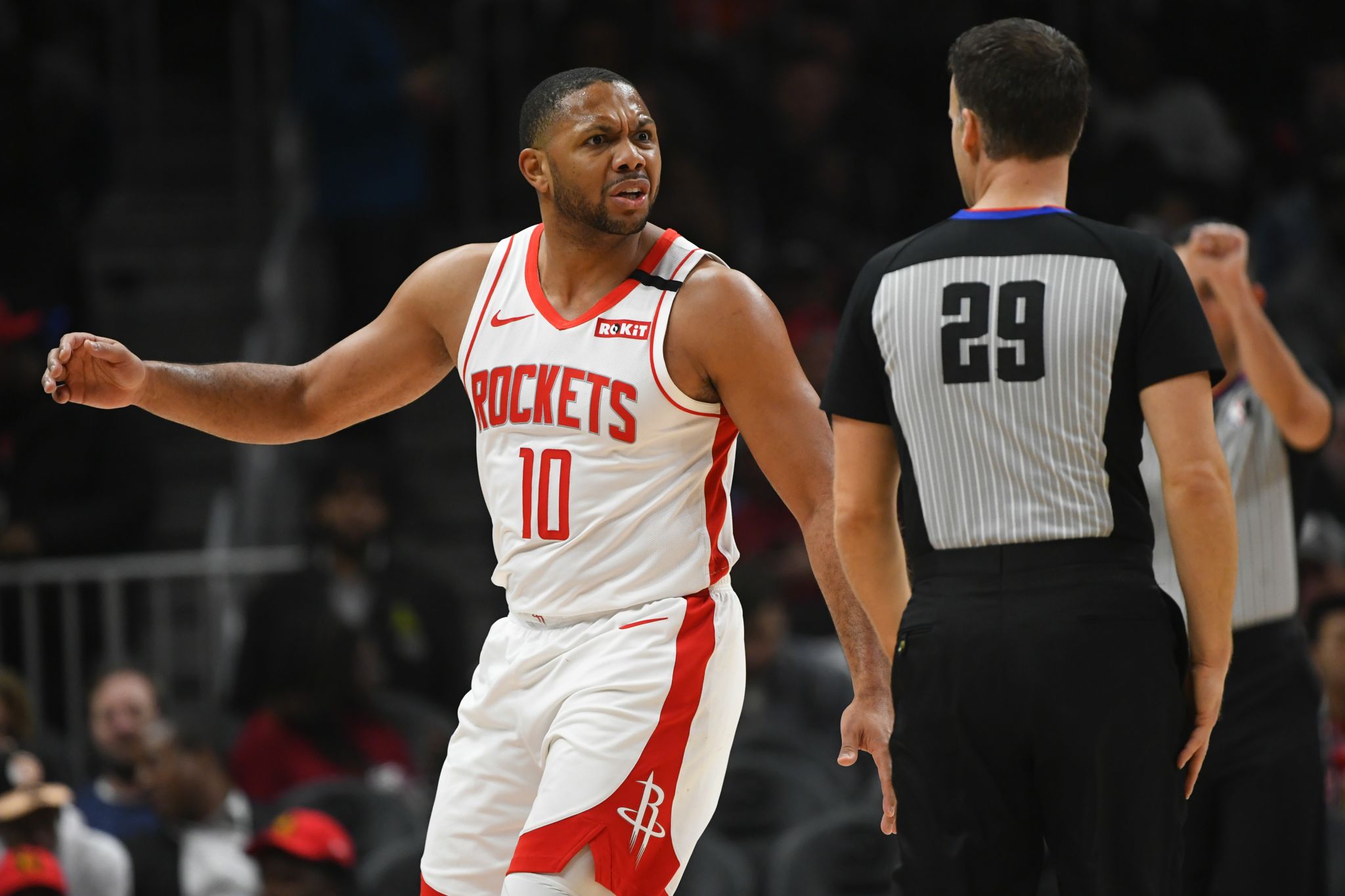 The Houston Rockets have had a little more success in the last week, defeating the likes of the Spurs and the Kings on the way to a 2-1 record. Overall, they are still last in the West and third-to-last overall, but are now just two games back of the Thunder.

Houston has been getting some great play from their best players, with Christian Wood, Eric Gordon, and Kevin Porter Jr. leading the charge. With a tough week coming up, they’ll need those guys at their best if they want to win any more games. Let’s talk to some Apollo contributors about that and more in this week’s roundtable!

Who is your Rockets Player of the Week?

There were a few players who had a good stretch of games this past week, but one stood out in the three games the Rockets played is Christian Wood. Wood was the leading scorer who shot over 50 percent from 3-point range, averaged 11 rebounds, surprisingly had two steals per game, and over 76 percent from the free-throw line! To put his free throw shooting in perspective, for the season, he is shooting 62.5 percent. Also, a subtle difference for him last week was his screen setting. It’s still not where it should be but it was a lot better this last week.

My Rockets Player of the Week has to be Christian Wood. He might not have been the flashiest, hit the most crazy clutch shots, but he stepped it up defensively, communicating and was a consistent force offensively, cut down on his ISO attempts and made the entire team more fluid. KPJ is a close second, but I went with Wood for consistency.

While everyone else is saying Christian Wood, I am going to go with Kevin Porter Jr. He had been struggling big time and was receiving quite a bit of backlash for it on social media. He responded with a big week, averaging 19 points per game on 50% shooting and 42.9% from deep along with 5.7 assists, five rebounds, and 1.3 steals a night. His efficiency was awesome to see and hopefully, he can keep it up.

The Rockets have won two games in the last week after struggling for awhile. What has attributed to that change?

In the last ten games, the Rockets have given up 120 points or more eight times, so their defense have been horrid to say the least. Despite winning two of their last three, the Rockets still aren’t playing the best defense, but they’ve found ways to excel in the clutch and outshoot their opponents to ultimately jump into the win column twice.

It’s been a combination of getting off to better starts and shooting over 40 percent in both wins last week. They lead after the first quarter in both wins, something that has been a rarity this season. Also, there were clutch performances from Kevin Porter Jr. and Eric Gordon in the fourth quarter of each win.

Natural variance, I would say. We could point to a number of factors, from KPJ’s stellar clutch performances, Eric Gordon’s heroics or Christian Wood’s consistent dominance, but ultimately, with such a young team, performance is naturally very unstable. Last week, we simply saw them perform better. I don’t think any major leap was taken, shots were going in and there was a weaker strength-of-schedule.

I definitely think variance and quality of opponents are big factors here, but the Rockets also played much harder this week. In both of their wins, they won the rebounding battle. KPJ looked great, as I previously spoke about, and was a great floor general in the wins.

What is a realistic location to trade Eric Gordon?

Cleveland is balling this season due to the emergence of Darius Garland and Evan Mobley. Now, they only sit a few games back from the first seed in the east. I can see them shipping an injured Ricky Rubio (whose out for the season) and a first round pick to the Rockets for Eric Gordon to help them make a playoff push.

Everyone knows CP3 and the Phoenix Suns are hungry for a championship. Gordon going to Phoenix to play alongside Devin Booker and the point god would help their chances to hold the Larry O’Brien trophy at the end of the season.

With the trade deadline fast approaching, of course there has been a lot of speculation about Eric Gordon. First off, the Rockets should not under any circumstance trade him for anything less than a first-round pick or promising up-and-coming player. The ideal place for Gordon and the Rockets would be Phoenix for Jalen Smith and some combination of salary filler.

I think Cleveland makes a lot of sense for EG. Like Brad said, the Cavs could really use another guy like Gordon with Rubio being out for the season. Gordon is extremely underrated and could help that young team down the stretch as they attempt to make some noise in the East. Itamar Roitman wrote a great article the other day here at Apollo about a possible trade with them. Other teams to look out for as Eric Gordon locations would be Phoenix, the Lakers, and maybe even Philly.

Will the Rockets take down the Jazz, Warriors, or Spurs in the next week?

Houston has played well offensively as of late, but to beat the Jazz or Warriors the Rockets can’t play defense as poorly as they have. They give up too many points in transition (the worst in the NBA) and they have a bottom 2 defensive net rating in the league. So, I’m skeptical about the Rockets winning either of those 2 games, even if Donovan Mitchell and Stephen Curry sit, but I’m confident Houston can pull off another win against the Spurs.

Houston has played San Antonio well as of late, so I’m expecting Houston to go 1-2 over their next 3 games.

I think they have a good chance of taking down the Jazz and the Spurs. The Jazz have been struggling and Donovan Mitchell has just been placed in concussion protocols, so he will not be playing tonight. They just beat the Spurs and match up well with them. So I say 2-1 over the next week with a loss to the Warriors.

I think with recent news that Donovan Mitchell is out in concussion protocols, the Rockets have a real chance against the Jazz, if the stars line up. Against the Warriors, I have no faith. Too many Rockets killers. Call it PTSD, but they are one of the teams I least expect to upset. The Spurs are in a different situation, however. Christian Wood & Jae’Sean Tate are very much Spurs Killers; we see them over perform against the Spurs time and time again so, with some magic, I think that one is the most likely to produce a win. Bryn Forbes (now traded since writing this) and Lonnie Walker be damned!

Even with Mitchell out, I don’t really see the Rockets beating the Jazz tonight. The second-seeded Warriors should also have no issues putting another win in their column against Houston. San Antonio, though, should be an interesting matchup. The Rockets got the better of them recently, and it would be nice to see them do it again.