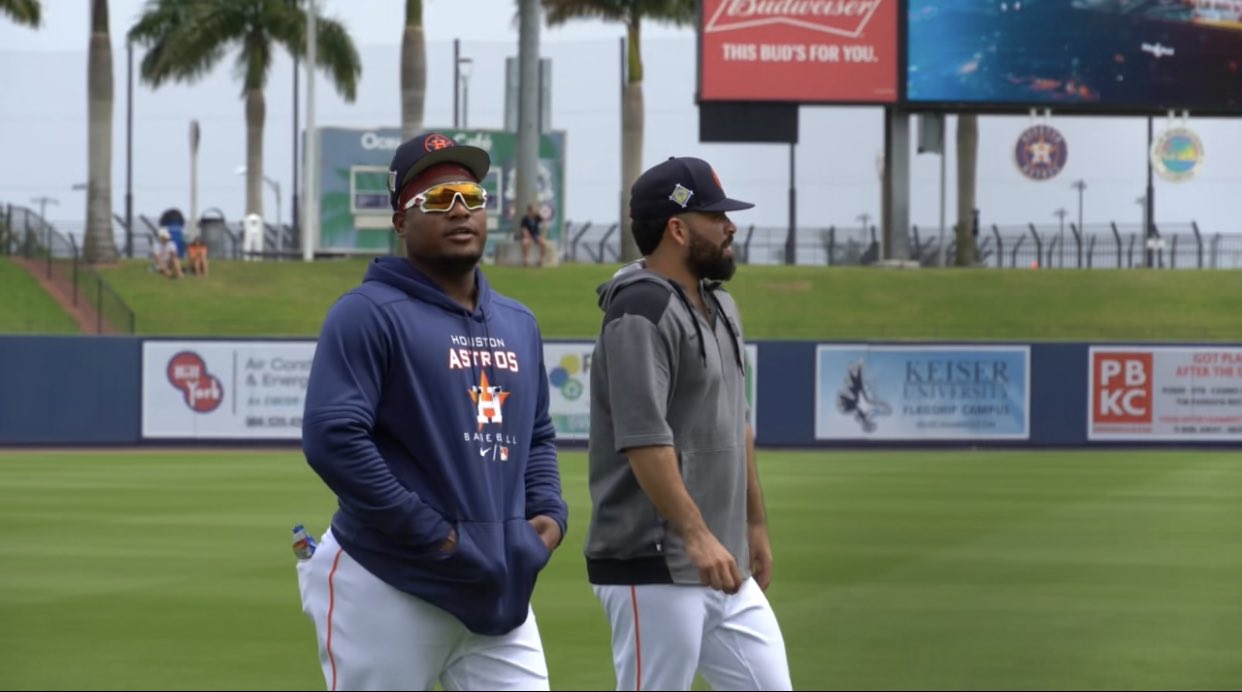 The Astros are no stranger to tinkering with pitchers over the last half-decade or so. In 2020, they leaned into the new Sweeper shape on sliders, reshaping the breaking offerings of Jose Urquidy, Luis Garcia, and Lance McCullers Jr to provide sliders with more horizontal movement than vertical relative to the average. All three starters had sliders with less than 7 inches of horizonal movement before 2020 (or no slider at all in LMJ’s case), and all emerged in 2020 with sliders of 13 inches or more in horizontal break. In all three cases, those breakers did not fall off the table vertically, leading to the “Sweeper” designation by sweeping across the zone.

The Astros also debuted Cristian Javier that year, with his sweeping slider. Blake Taylor too. They signed Brooks Raley out of Korea, and guess what he throws? They traded for Phil Maton the year after, instantly tweaking his slider to produce a ridiculous 17 inches of horizontal break. Kendall Graveman? Yep, he learned one too, and also folded in a curveball.

I say all of that to say; the Astros employ their pitch designs broadly, often simultaneously shifted along with league-wide changes in game theory. So when three of their young starters show up with a new cutter within the last two years (plus a fourth, Peter Solomon in AAA last year), I am going to pay attention.

I want to reiterate that neither Framber Valdez nor Jose Urquidy has ever thrown a cutter in a major league game (at least on purpose), and neither pitcher had one in any scouting profile coming up through the minors. This is new. So new that StatCast doesn’t know what to classify the pitches as yet, but rest assured they are cutters. Here’s the metrics on the 3 from Framber in his 30 pitches of Spring Training work on 3/28/22. Video clips are hyperlinked for each result.

Framber’s 4-seam fastball, which is usually just a miscategorized sinker that he threw poorly, averaged 93.2 MPH in 2020, and 92.1 MPH in 2021 with only 20 inches of vMOV. The Houston beat reporters indicated that Framber learned a cutter, and those metrics show gravity doing twice the work they normally would on a four seamer, with 4 inches of horizontal movement. He threw one to Dylan Carlson and two to Paul DeJong, indicating to me he’s intending to jam up righties with the new cutter. Its movement would also tail away from a lefty’s barrel, although it’s tough to imagine anything being more effective than Framber’s curveball to same-handed batters.

And here’s all of Jose Urquidy’s cutters, electronically categorized from his Spring Training start on 03/30/2022:

Those, uh, are not sliders. Jose Urquidy’s slider averages 79.3 MPH, so 6-7 MPH slower than shown above. The slider also averages 13.6 inches of hMOV, which the cutter couldn’t possibly do because it’s thrown so much harder. Jose threw this new pitch a ton in Spring Training, and I believe his development of a cutter is to induce more ground balls. Urquidy’s 32.5% Flyball rate in 2021 is 10% greater than league average, so giving himself a way to make hitters put the ball on the ground by introducing a downer cutter could make him more well-rounded. If he keeps the Sweeper around (and I hope he does, but did not throw it at all in his Spring Training outing), Urquidy becomes a SP who does not walk hitters, has two strikeout offerings with 33% whiff rates in his Changeup and Sweeper, a ground ball inducer in the Cutter, can throw 95, and mixes in a 12-6 Curveball. That’ll play.

Framber and Urquidy’s new cutters profile rather similarly, with Urquidy appearing to have a better feel for placing the pitch at present. They have similar spin rates, movement profiles, and have the same velocity differential on their respective fastballs, around 7-8 MPH.

Because I alluded to it earlier, here’s Peter Solomon’s averages on his cutter as well, which he developed throughout the year as 2021’s AAA West Pitcher of the Year and threw 32 times in his 14 big league innings, providing a -3 Run Value:

And, of course, Luis Garcia, whose cutter came out of nowhere in 2021 to be the best cutter in baseball, providing a -10 Run Value:

We as fans are only just now catching up to the idea of the Sweeper. There’s always something new coming along, and in the Astros system the cutter appears to be a new way forward. We only have the information that we have, but it sure does look like a system-wide implementation. From spinny fastballs at the top of the zone to the Sweeper to the Cutter, they’ll sure keep you guessing.

Edit: So Gerrit Cole is suddenly chunking 95 MPH cutters over in New York. Starting to think this may be the new revolution in pitching. We’ll have to see.