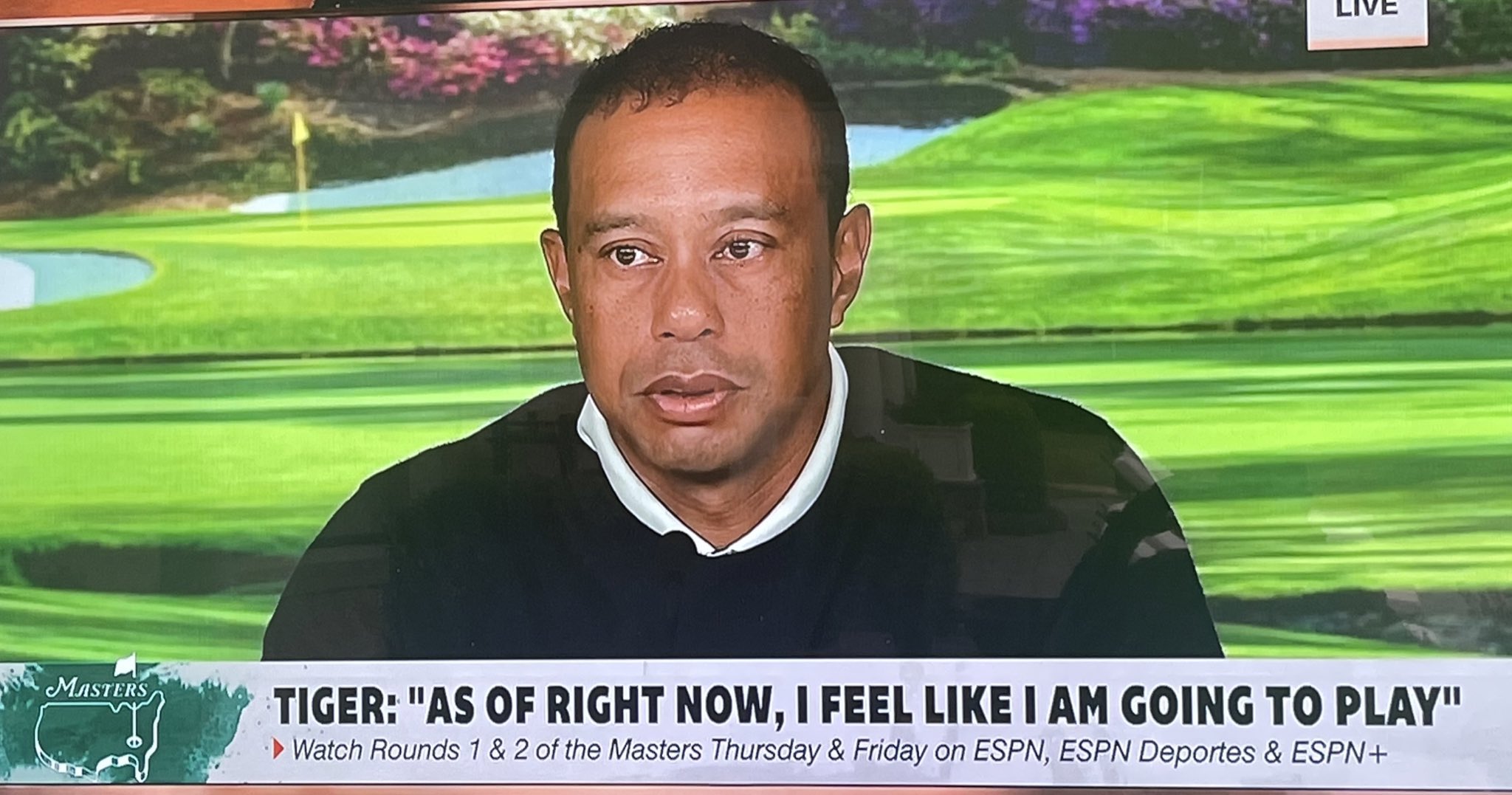 Golf fans around the world are rejoicing that Tiger is appearing to be playing in the Masters tournament this weekend. Most people who don’t really like or enjoy watching golf care about Tiger and are thrilled about him playing this weekend.

The world was unsure if he could ever walk again, let alone play the sport of golf, and here he is about to play in the most famous and biggest tournament the sport has to offer. Pure insanity.

I always hear the stories about the aura of Michael Jordan when he would walk in opposing teams’ arenas and how all 20,000 fans’ eyes were on that single man as he walked in the tunnel. Jordan transcended the game of basketball to a different level even more so than Magic and Bird did in the decade before, which no one thought was possible. Tiger is on a completely different level than that.

We are sitting on pins and needles waiting on this decision that a guy might play in the Masters. There’s a new number one in the world in Scottie Scheffler that no one is talking about. There are other superstars playing this tournament like Jordan Spieth, Rory McIlroy, Dustin Johnson, Brooks Koepka and others that no one has even mentioned because of the possibility that Tiger is playing.

He is unlike any other professional athlete that has ever played a sport, and I, for one, and absolutely thrilled that we are getting Tiger Mania this week.