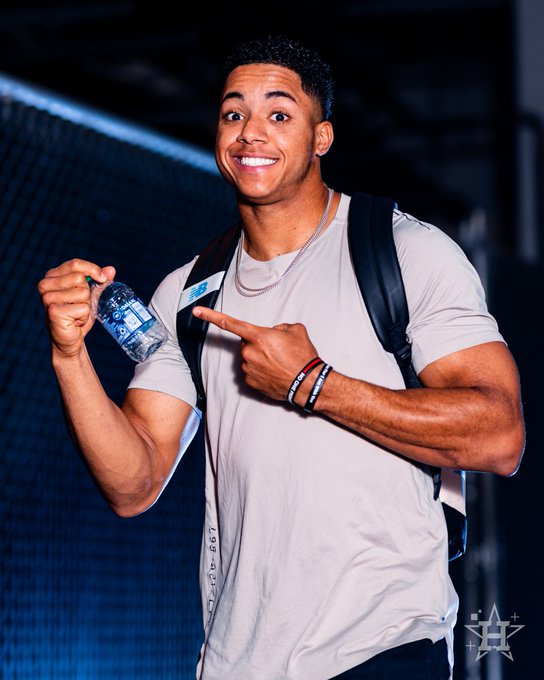 When the confetti fell at Minute Maid Park and The Atlanta Braves were poppin bubbly, all eyes focused on #1 and what would happen to the superstar SS cornerstone of the Golden Age. We spent all off-season and a lockout worrying and wishing about the decision that loomed, then in the middle of the night one Mark Berman tweet had us all saying ” Minnesota?….What the fuck?”

JEREMY PENA IS GOING TO WIN ROOKIE OF THE YEAR AND HAS SINGLE HANDILY FLIPPED THE SCRIPT OF HIS STORY.

The budding superstar who has swooned all Houstonians with his BICEPS and smile, salvaged a win from a loss yesterday in his biggest moment in his young career. Yes, we lost the series and both losses were one run games that all happened after the 7th, but this walk off boombah felt akin to Altuve vs. The Yankees last year. We will see how much this boost plays out but I feel like when we look back on the year we can circle this date.