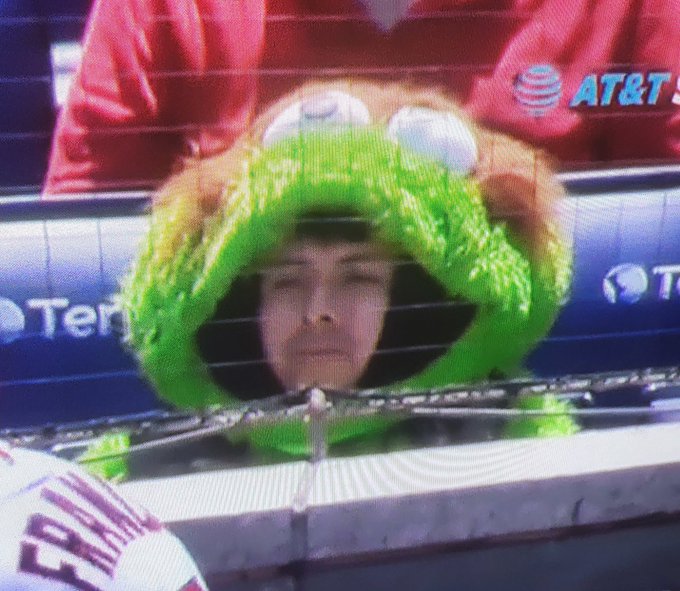 Could you imagine getting on Amazon, ordering a full adult Oscar the Grouch costume FOR 89 DOLLARS AND 99 CENTS IN THIS ECONOMY AND GOING TO A BASEBALL GAME WHERE ITS 90 DEGREES AND YOU’RE SWEATING YOUR DICK OFF AND YOU GO TO BOO THE BIG BAD BOYS OF BASEBALL JUST TO SEE YOUR TEAM GET SHUT OUT BY JUSTIN VERLANDER AND A BILLION HOMERUNS IN YOUR FUCKING DUMB OSCAR THE GROUCH FACE?! COULD YOU IMAGINE ?!?

Justin Verlander probably had one of his grittiest, grab his lunchpail and go to work type start in a long time being in Houston. The fam was at brunch, and I was obviously watching the game and muttered to myself in the third inning that the Nats had worked like 60 pitches in the third inning. It isn’t a sexy line – 5IP, 5Ks 2 H.

This is back to back starts that Justin Verlander had a chunk of the game being no hit ball. That is something that needs to be compounded on. Justin Verlander, who is 39, who is coming off TJ, is still the war horse he has been in his career and frankly better.

The bullpen has been NAILS and running on fumes be dammed, preserved the shutout. Montero – Stanek – Abreu did the damn thing.

This Astros offense is good, maybe 2019 good in the sense that they just take you out to the deep end, wear you down, and then boom you’re dead. The offense is relentless and can just get on your ass. Maldy boombah, Yuli boombah, Chazzy boombah, and Altuve with the MVP sauce boombah to end the series. Game. Blouses. Bring on the Sox.